On last 27 April, in La Rioja, Bishop Angelelli, together with two priests and a layman, was beatified: all four were killed during the time of the dictatorship because of their preferential option
for the poor.

A bishop must always “turn one ear to the Gospel and the other to the people”. The Argentine Enrique Angelelli learned this working alongside the members of the GIOC, Christian Youth Workers. It was also his way of working with the campesinos of La Rioja, the outlying diocese at the foot of the mountain where, in 1968, he had moved from being auxiliary bishop of Cordoba. The only trouble was that “turning one ear to the people” was something unacceptable in Argentina in 1976; it made him fair game to the generals.
More than forty years after his murder – mostly reported at the level of road accidents – the “Romero of Argentina” was beatified on 27 April in the public park of La Rioja, the diocese where, for eight years, Mons. Angelelli was a courageous pastor. 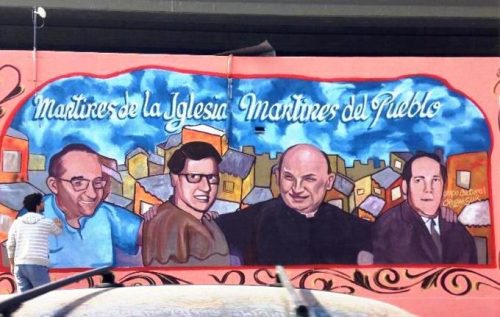 Also beatified together with him were three other martyrs of this local Church, the Franciscan Friar Carlos Murias, the French Fidei Donum Priest Gabriel Longueville and the lay father of a family Wenceslao Pedernera. All four were killed within days of each other during that summer of 1976 while the army and the Argentine paramilitaries – a few weeks after the coup that brought to power the military junta of General Jorge Rafael Videla – were settling their accounts with the ‘Marxists’, as they were called in those days, without making any fine distinctions.
The roots of the commitment of Mons. Angelelli were quite different: born in Cordoba in 1923, he joined the seminary as a boy and completed his training in Rome where he happened to meet Father Josef Cardijn, the Belgian priest who founded the Young Christian Workers movement. That was the root that young Father Angelelli transplanted into his diocese of Cordoba, teaching the Gospel to the youth starting from the defence of their dignity and their work. In late 1960, Pope John XXIII chose him as auxiliary bishop and, two years later– he was not yet thirty – he would be one of the youngest participants at the Vatican II. 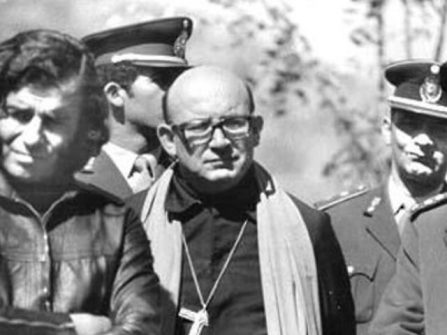 In that great Church experience, – together with the above-mentioned Cardijn, and also figures like Dom Helder Camara – he was immersed in that atmosphere that would lead the Church in Latin America in 1968 at the Conference of Medellin to create the theory of the ‘preferential option for the poor’. However, the journey was not without its difficulties: Angelelli met with strong opposition in his social battles, contrasts that resulted from the ideological polarisation that was undermining the country.
In that atmosphere of 1968, he was appointed bishop of La Rioja, a pastoral ministry into which he threw himself with his usual spirit. “I have not come to be served but to serve – Mons. Angelelli said in his homily during his inauguration. To serve everyone, without distinction”. However, in an area of small farmers, placing oneself at the service of the poor meant taking the side of agrarian reforms and this made him many enemies. In 1973, a group of owners of large vineyards in the area actually opposed him during Mass, even accusing him of being a communist. It happened that at that time, the then youthful Jorge Mario Bergoglio was in La Rioja for a meeting of Jesuits: “He told us of the stones thrown at this people and this pastor because of their faithfulness to the Gospel”, he said in 2006 in his homily forty years after the death of Angelelli in which, for the first time – as Archbishop of Buenos Aires and President of the Bishops’ Conference of Argentina, he openly spoke of him as a martyr. 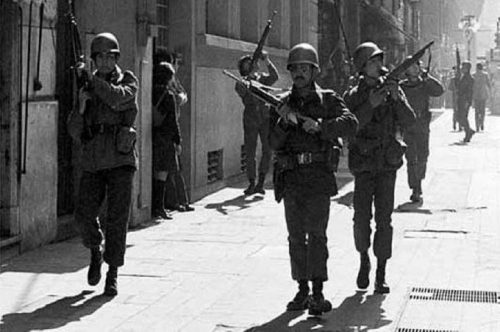 The situation in deteriorated in the weeks following the coup led by the generals in 1976: on 18 July, the birthday of the Bishop, in the town of Characal Father Murias and Father Longueville were abducted by people claiming to be policemen; their lifeless bodies would be discovered afterwards. A week later it was the turn of Wenceslao Pedernera, a layman involved in rural cooperative projects started by the diocese in the district of Chilecito: he was murdered on his own doorstep, in front of his wife and children. During those days Mons. Angelelli confided to several people: “I am next”.
On 4 August, as he was driving back from Characal, his Fiat 125 left the road and ended up in a ditch. The bishop was found dead while the priest travelling with him – and survived the accident – would later tell how their car had been struck by another vehicle. The authorities, however, told another story: they said the accident was caused by a burst tyre due to high speed. Only in recent years there have emerged the networks of deceit, the inconsistencies of the testimonies and the documents concerning threats received by Mons. Angelelli. As a result, in 2014, Argentinian justice overturned the former verdict of the eighties, condemning two high levels of the military of the time.
However, all of this was not for certain sectors of Argentina who continue to point the finger at the prelate as “a communist killed in a car accident”. To do this to they use the same ideological weapon the prelate had to contend with while he was still alive: for example, they show a photograph taken in 1973 in which Mons. Angelelli appears celebrating Mass with, in the background, a flag of the montoneros,
a popular Catholic-inspired Argentinian movement that took
the path of armed struggle. 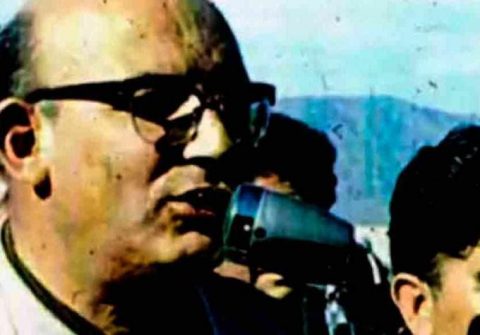 Historical research on that picture – taken during an open-air liturgy in a popular quarter – has shown that, when the liturgy was ended, the bishop himself complained about that flag. But, more generally, it is the position taken by Angelelli against the use of violence that matters: “If anyone wants to resort to violent methods – he said on one occasion – let them please leave the diocese. Let them not stay here. We have made an option for peace, certainly a peace with justice but never through the use of arms. We want to go ahead, walking the path of the Gospel, the path of the Second Vatican Council”. It is therefore clear why the Episcopal Conference of Argentina has spoken so unequivocally regarding the memory of the Bishop of La Rioja: “He loved the faith of the poor and the most simple witness – we read in a letter published at his beatification. He was a pastor who took care of the weakest and brought them the consolation of God. The death of Bishop Enrique and the manner itself of his death are the crowning of a life lived according to his convictions and his mission as a pastor which is to lay down his life for his sheep”.