For Kazakhstan, the year 2019 may be remembered as a time of political change.

President Nursultan Nazarbayev, having led the country for almost three decades, resigned as President, though retaining ample powers in accordance with a law passed in 2018 granting him the status of ‘Father of the Nation’, a law which guaranteed him judiciary immunity and an influential role in the process of decision-making. In the view of some analysts, even his resignation formed part of a transition elaborated by Nazarbayev to avoid a traumatic succession. To this end, starting in 2017, he began a constitutional reform based on the partial transfer of power from the President to the Parliament and transformed the National Security Council from a merely consultative organism to a constitutional organism within which Nazarbayev was nominated Life-President. 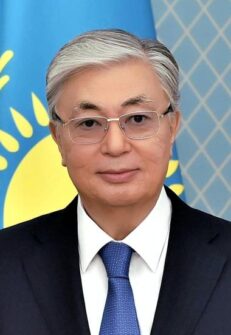 The president of the Republic of Kazakhstan, Kassym-Jomart Tokayev.

The day following his resignation, his place was taken by Kassym-Jomart Tokayev  who, after a brief transition period, called presidential elections that were held on 9 June of the same year, winning with 71% of the votes.
Tokayev is a career diplomat with important experience especially in Eastern Asia as Ambassador of the Ministry of Foreign Affairs of the Soviet Union. When the country became independent, he returned home where he began to climb the career ladder of Kazak politics and was first appointed Vice Foreign Minister and, in 1999, Foreign Minister. Then, in 2002, he was given the post of Secretary of State which he exercised together with that of Foreign Minister. He thus had a free hand in foreign policy. Apart from elevating Kazakhstan to the level of a regional actor of primary and unquestioned importance, his work was distinguished for its achievements which were the transformation of Central Asia into a nuclear-free zone which gave the country security despite its geographical proximity. Once he had strengthened Kazak foreign policy, he left his post to assume that of president of the senate, a post that would lead to the presidency, with an interim period from 2011 to 2013, which saw him working in Geneva at the United Nations Administrative Offices. The new path taken by Tokayev is characterised by a spirit of reform, especially regarding questions connected to the political sphere, human rights, and youth policies.
As early as in the first two years of his presidency, important goals were reached in these fields among which were that of institutionalising the political opposition, that of having guaranteed a system of generational change of leadership and that of having empowered the legislature against torture and human trafficking. On 2 January 2021, the President also ratified the optional protocol of the international convention on civil and political rights, de facto abolishing the death penalty. 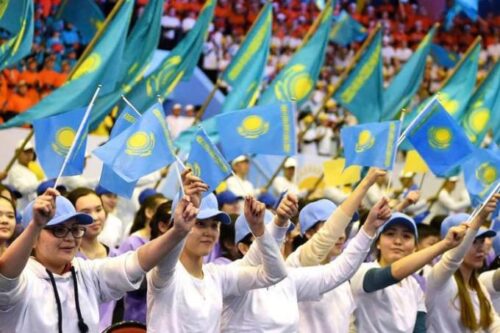 On 2 January 2021, President Kassym-Jomart ratified the optional protocol of the international convention on civil and political rights. Photo credit: Kazinform.

Furthermore, he has proposed that Parliament lower the threshold from 7% to 5%, to facilitate entry to the Lower House and the legalisation of the protest vote. The latter, especially, aims at having ballot papers carrying an option of ‘Against all’, something probably intended to test the mood of the population and measure the level of political discontent, as well as promoting dialogue between the people and the institutions.
In the field of foreign policy, as far as can be seen, he is adopting the line of continuity between the work carried out in previous years and the new phase of the development of the country. In this regard, a 2020 – 2030 plan has been elaborated within a broader plan extending to 2050 in which are set out the principal objectives from which one may see the importance of his multi-vector position that gave him a stabilising role both in the region and in relations with China and the Russian Federation. This allows him to maintain excellent relations with the two superpowers while, at the same time, guaranteeing him a considerable degree of freedom and broad room for manoeuvre. The Chinese, in particular, were offered the possibility of cooperating in an area that was historically Russian dominated while the Russians were offered advantageous tactical concessions. 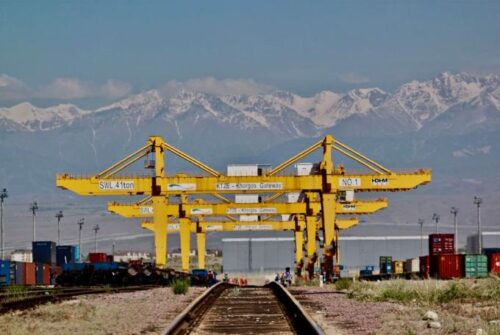 Railway tracks lead into the dry port at Khorgos on the border between Kazakhstan and China.

The country joined the New Silk Road project offering the inter-port of Khorgos as a hub connecting the railway with Europe, while the Russians were guaranteed ample control of oil exports. Also regarding its regional profile, Kazakhstan is participating in the Shanghai Cooperation Organisation (SCO), an organisation with economic and security objectives which was initially joined by Russia, China, Kazakhstan, Tajikistan, Kirghizstan and Uzbekistan. Regarding its military profile within the CSTO (Collective Security Treaty Organization), it is developing joint operations with Russia and has announced its willingness to cooperate with China. It is also a member of numerous regional organisations, the most significant of which is the Eurasian Customs Union whose members also include Russia, Byelorussia, Armenia and Kirghizstan. This involves a common integrated space that encourages the free circulation of goods and services, aims at introducing a common currency and has as its objective the strengthening of integration. While always operating with an attitude of cooperation, regional stabilisation and development, the country has also led the field in humanitarian projects intended to reinforce relations with its neighbours by means of aid to Kirghizstan, Tajikistan, Georgia and Afghanistan. The latter, in particular, has been provided with food aid and scholarships for students.The great progress made by Kazakhstan in recent years make it a model which, though not easily replicated due to its complex social structure and geographical position, ought to be taken into account internationally, if for no other reason than the tremendous objectives it has achieved in just thirty years.