The Daniel Comboni House of the Comboni Missionary Sisters is a structure that assists the social rehabilitation of young women so that they can manage their own lives independently and with dignity. We visited the House.

Daniel Comboni Social House is to be found in the Kimbondo quarter on the outskirts of Kinshasa. Originally, the Comboni Sisters wanted to open a hospitality centre for the women being released from Makala prison, to provide them with accommodation and help them to take their place again in society, but in the end, they decided to open a centre to provide all emarginated women with a place where they could manage their own lives independently and with dignity. Above all else, they wanted them to feel at home. In May 2018, the first group of women began their experience at Daniel Comboni Social House. “We did not want to call it a ‘centre’ because we wanted the women to feel they were part of a family and that this was their home as long as they lived here”, says the Italian Comboni Missionary Sister Giovanna Valbusa who, since 1977, has lived in Kinshasa, the capital, though she has been in the country since 1961. 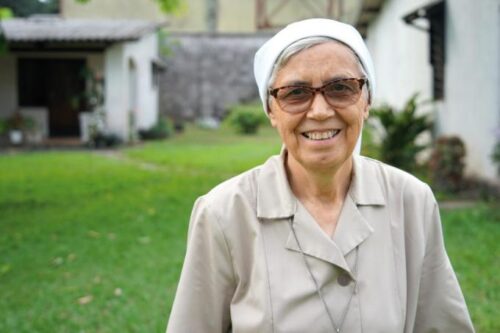 At present, there are eight women living in the house, aged from 20 to 26 years. “The purpose of this house  – Sr Giovanna emphasises – is to help these women to get back on their feet and take control of their lives. On the one hand, we offer them the choice of learning a profession and, on the other, multidisciplinary support in line with the needs of each one. But it has to be understood that it is they who have the last word. If they let themselves go and do not help themselves, there is nothing we can do”. A stay in the House lasts a maximum of one year.
Daniel Comboni Social House offers the possibility of training courses: dressmaking, aesthetics and hairdressing. The students attend courses lasting six months, from Monday to Friday morning, at the Centre for Specialised Trades (CAMS), located not far from the House. In the view of the missionary Sister, the Centre has many advantages. “It is of a high standard and awards official certificates to those who pass the final exams; furthermore, it allows new students to enrol at the beginning of the month, which offers some flexibility in incorporating young women during the course of the year. Lastly, we prefer that they are not confined to the House but meet other people and socialise with them”. 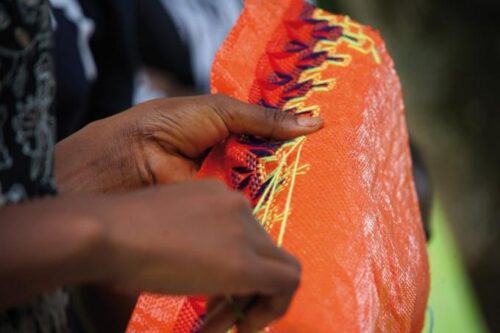 Joelle, who is in the sixth month of her training, says: “The tailoring course has been a great help to me. One day, I would like to have a big house like this one to take in other people and help them as well”. Sara’s comment is almost identical: “I am very happy to be able to help my family, my children and other women”.
Apart from their studies, the young women devote their time to making small hand-made objects such as purses and handbags the sale of which helps to meet the running costs of the house. Other afternoons are spent in the garden where they learn to cook or have lessons in life education and disease prevention. In addition, three times a week, according to their education level, they have lessons in literacy and French.
The staff of the Centre is composed of two Comboni Sisters and two social educators. Ruth is one of these and she teaches reading and writing. She tells us: “They differ from one to another and so we work in two groups. There are those who cannot read or write and find it difficult to hold a pen in their hands. These need special attention but I feel that most of them really want to learn and take charge of their own lives. I have been working with this project from the beginning and I have seen the great progress these girls make in a few short months”. 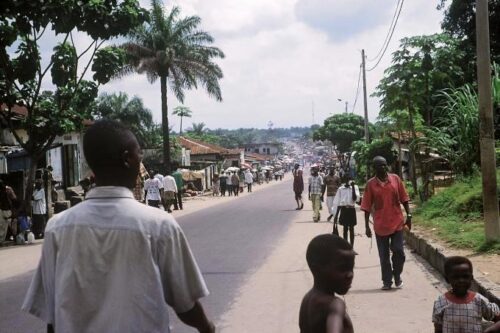 Sr Giovanna says: “The message we want to get across is that we mustn’t waste time. They have to get organised responsibly so as to see to their training and prepare for their future”. The missionary Sister continues: “We also help them in their faith, teaching them how to pray and to live in the presence of God, resolving their problems in the serenity of reflection. We also help them to express their emotions through the use of films, games, birthday celebrations. These are just ordinary but very necessary things for them. To sum up, we try to create the family atmosphere that many of them have never known so that they can bring out the best in themselves”.
One of the tasks of the missionary Sisters is to find tailoring shops and beauty parlours so that the girls can have a professional experience of work for three months before setting up their own businesses. The Sisters also help them to set up their own independent businesses. “The results are encouraging”, Sister Giovanna adds “and we have a number of girls who have started working independently and we know that they will pass on to others all they learned here”.