A Catholic nurse dedicates her life to Meeting Point International, an association that takes care of more than two thousand orphans and HIV positive women.

Kireka is one of the slums of Kampala, the Ugandan capital. It is an enormous area of houses made of iron sheets where around 70,000 people live. It is there that we met Rose Busingye, President of Meeting Point International, an international humanitarian association, founded in 1992, that looks after more than two thousand orphans and HIV positive women. “The women and children of the city quarter are mostly from northern Uganda. They are poor people, often exploited and oppressed. Our aim is, first of all, to bring people closer to God by educating the hearts of people to feel emotions”, Rose states. 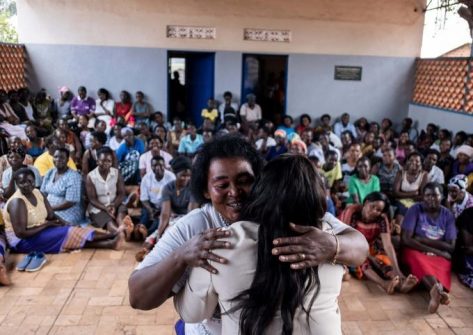 She, too, was born in Uganda and has never abandoned her own country where she obtained a diploma in professional nursing, specializing in infectious diseases. Rose is considered the adoptive mother of all the children of Kireka. When she came to the poor quarter of the capital in the early nineties, she found there dozens of mothers making their living by breaking stones with improvised hammers and selling the gravel to builders. The city quarter was a place of filth and open-air sewers where children played while their mothers were busy breaking stones.
“I was very young when I started and I wanted to work for God, for Jesus. I was born into a Catholic family and proud of it; I knew about God and about Jesus. After school I would hurry to the outskirts of the city to help AIDS victims, the poor and the orphans. I have always worked for Jesus Christ and to make him present”, Rose informs us. 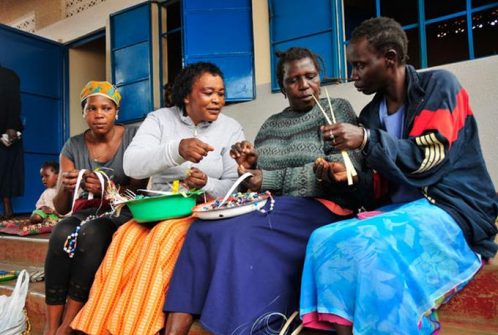 “In Kireka, it was not easy to start bringing those women together. However, we gradually transformed their work and today those women have become young entrepreneurs. Some of them, for example, make splendid necklaces. When they see beauty with their own eyes, they appreciate their own lives more ”, Rose further explains. “We have also built a new pre-school. We pay the teachers and a doctor. We provide food and teach music and dancing which is also an answer to depression”, Rose continues. “It is God’s work. By ourselves, we are unable to do anything”, says Rose, and by ‘we’ she means ‘her’ women.
Faith has permeated the lives of the women of Kireka and they have begun to feel the need to look after their children. “My women have understood the need to better themselves, Rose continues. Take Alice, for example. She is 46 years old and has been HIV positive for ten. She was looking for some medicine to end her life”. “I didn’t know what to do”, Rose said, “but before going to work, I would visit her; at times I would just sit there in silence. I didn’t know how to console her. A week later she told me through her tears: ‘I have six children. I had a husband and my life had some meaning. Now I have nothing. It is as if my life has no meaning. I want to die. Help me to die quickly. I won’t tell anyone’. That was eight years ago. Today, Alice is a Meeting Point volunteer who feels within herself the desire to help others”. 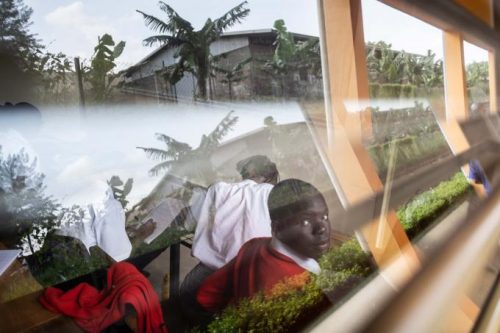 In 2005, when hurricane Katrina swept away all the houses in New Orleans, the women of Kampala felt they should do something to help. They each donated a day’s wages to help those other women, black like themselves, who lived beyond the ocean. “They brought me the money and told me: ‘Send it to our sisters in America who are suffering. This small gift is a sign of our tears’. The two thousand dollars were sent to the American Embassy”.
In Kampala, the mothers have learned how to help themselves, taking orphans into their homes and so creating one large family. “They are tied to one another, splendid and joyful, just like the necklaces they produce”, says Rose who has become a spiritual guide in a strategic centre of Africa where a person may be reborn simply by making beautiful necklaces.
“Because of the faith, I have seen people change. A woman disfigured in her body and mind due to the violence she suffered at the hands of the rebels, found herself again when I said to her: ‘The terrible things you suffered are not you. You have an infinite value given to you by God who created you and loves you’. There are many others for whom life had no meaning and who now know that their lives have infinite value because they have regained their dignity. One of my women used to cut her wrists, causing herself great pain, without realising it”, Rose continues. “Now that she knows Jesus, she tells me: ‘I am very sorry for all the harm I have done’. This happens when God finds a home in you.
When she, and many like her, came to know Jesus, they discovered all the pain they had inside themselves and recognised that they were human beings like everyone else”. 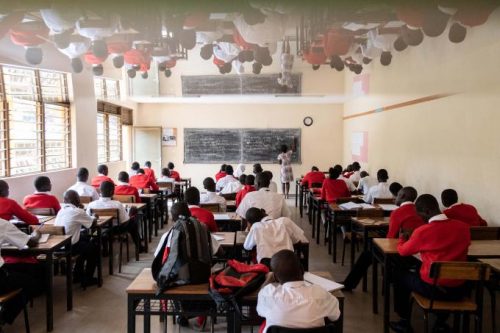 “Even my children had begun risking their lives, first with alcohol and then with drugs. Ever since they learned the meaning of their lives, that life is of great worth, they defend both their own lives and those of their friends.  Some time ago, a small boy came to me whose parents had been killed, decapitated in front of him. He was ten years old. He said: ‘Send me to school. I want to learn how to kill twice as many’. There was not a lot to be said in such a situation so I sent him to school. Two years later he came back to me with a plan and said to me: ‘When I grow up I will buy you a motorbike and a large helmet so that you do not injure your head and then I want to build a house for boys like me’. That boy is now studying at university. But what changed him? I believe he changed because he found people who accepted him. 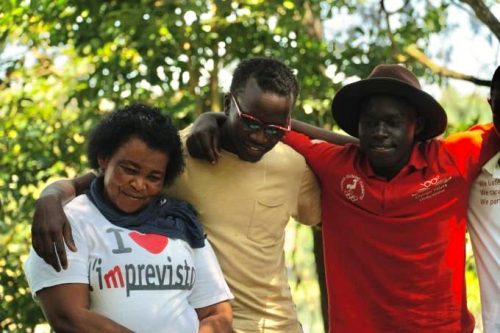 Here in Kampala, girls from tribes hostile to mine come to me as well as young men who have seen combat or have been boy soldiers. I should be afraid of them or despise them. Instead, I feel none of those things any more: for me they are people whom God loves and wants, who still need to be loved and wanted. If they are hungry, I give them food; if they need medicine I give it to them. When they arrive here I welcome them like all the other children, not according to whether they have stolen or killed. They belong to Jesus and therefore they belong to me”.
Stefania Di Pietra