Religion, philosophy, legends, imperial politics, and folklore – these are the ingredients of one of the most popular celebrations in China associated with the New Year of the Asian giant. The Lantern Festival.

This year’s Chinese New Year begins on Sunday, January 22 with the beginning of the Year of the Rabbit. It will continue until February 5th. The Chinese celebrate the New Year for sixteen days. And on the last of these days, the Lantern Festival takes place. It is a traditional festival that is more than two thousand years old and has gone through various stages, depending on the dynasties.
The Lantern Festival began in the Han Dynasty (206-220 AD). At the time it only lasted one day. The Tang dynasty (618-907) increased the number to three. By the time of the Song Dynasty (960-1279), it lasted for five days. With the Ming dynasty (1368-1644) it reached its peak of ten days. Soon after, however, the Qing dynasty (1644 to 1911/12) reduced the festivities to four days. After the establishment of the Republic in 1912, it was reduced to a single day. 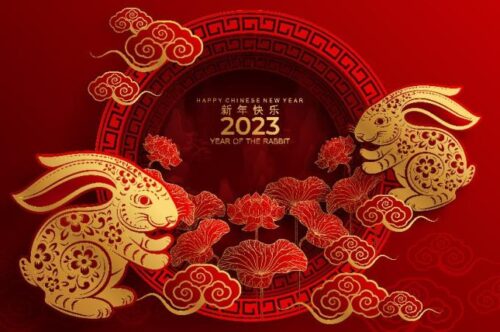 The Lantern Festival is the first of the three great festivals inspired by Buddhism and Taoism, philosophical, religious, and ethical systems in which existence consists in the search for harmony with oneself, with nature and with the spirits associated with creation.
According to traditional Taoist beliefs, the fate of humanity is governed by three deities: Tian Guan Da Di, ruler of heaven, who grants happiness; Di Guan Da Di, ruler of the earth, who forgives sins; and Shui Guan Da Di, ruler of water, who alleviates dangers.
This first festival celebrates Tian Guan Da Di, who blesses the fortune of those to whom he gives life. 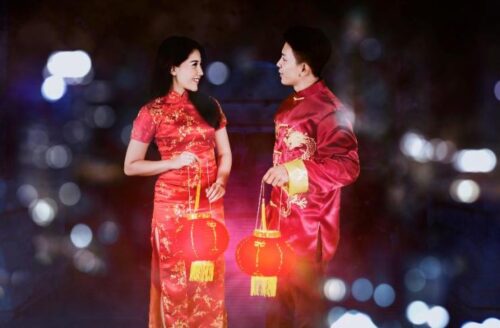 The second festival takes place in the seventh lunar month. It is called the Chung-Yuan Festival (or Spirit Festival). It lasts a month and could be described as the feast of indulgence.
People pray to Di Guan Da Di for their deceased ancestors and pray that the wandering spirits of the region of hell will not come to haunt them or their loved ones.During this festival, people try not to do anything unseemly and prefer visiting temples to pray.The third festival takes place in the tenth lunar month. It is called Xia-Yuan Festival and is addressed to Shui Guan Da Di, to free people in difficulty.

The legend of the Lantern Festival
There are three popular legends and one imperial version that explain the origin of the Chinese Lantern Festival. Legend has it that in ancient times a certain village was attacked by wild beasts that hunted people and animals. The villagers organized their defence against the wild beasts. The inhabitants, seeing a beautiful bird flying from heaven to earth, mistook it for a ferocious animal and killed it. The ruler of heaven, the Jade Emperor, became enraged and ordered the destruction of the village in a firestorm on the 15th lunar day.
However, the emperor’s daughter overheard this and warned the villagers. A wise man suggested that every house hang out red lanterns, light a fire in the street, and set off fireworks on the 14th, 15th, and 16th. In this way, they deceived Emperor Jade, who thought that all the villagers would die under the fire.
Another legendary story says that, at the time of the Han Dynasty, there was a favourite counsellor of the emperor who, one winter’s day, as he entered the garden, heard the cry of a little girl who was preparing to commit suicide. He asked her why and the girl, whose name was Yuan-Xiao, replied that she did not know her family, as she had always worked in the palace, and that she could not live without the love of her parents.
The royal adviser came up with an idea to help the little girl find her parents. He left the palace, set up a table on the street and disguised himself as a fortune teller. He gave all customers the same prediction: there would be a devastating fire on the 15th lunar day. The rumour spread quickly and everyone, being very worried, asked the imperial adviser for help. He told them: “On the 13th lunar day, Jade, the god of fire, will send a fairy dressed in red to burn the city. If you see a lady dressed in red, on a black horse, ask her how to obtain mercy”. 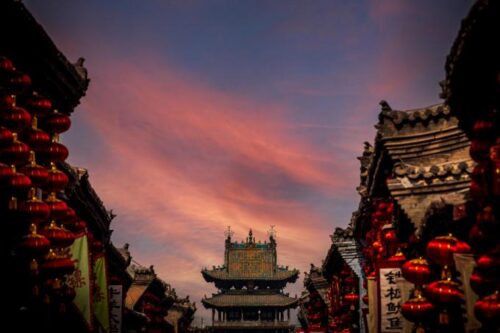 When the day came, the little girl Yuan-Xiao acted like the red fairy. People flocked to the palace to ask the emperor for advice and help. The councillor ordered that all the houses of the city, starting from the palace, hang red lanterns and throw firecrackers, to deceive the god of fire. He also suggested that the inhabitants of neighbouring lands participate. Thus, it was that Yuan-Xiao’s parents entered the palace, and the little girl recognized her parents. As everyone was so happy, the emperor ordered that festival to be held every year, and as Yuan-Xiao prepared a wonderful meal, her people called it Yuan-Xiao’s festival.
The third legend starts from the second and adds a new fact: it is said that in ancient times women of marriageable age were not allowed to leave the house except on the days of the Yuan-Xiao feast, following the emperor’s order to bring all of the lanterns to deceive the god of fire. There is also an imperial version. The emperor was a great supporter of Buddhism and, seeing how the monks lit lanterns to worship the Buddha, decreed that in all temples, the palace, and throughout the country everyone should hang lanterns to worship the Buddha. Year after year, this Buddhist festival has developed into a great popular festival, which has spread from the royal palace to the people and from central China to the whole country.

Activities for people visiting the festival
Today, the Chinese make paper lanterns, with fire or electric light inside. They hang them around houses and temples or take them through the streets at night. They design them to imitate the animals of the Chinese zodiac – specifically the animal that gives the year its name, and
in 2023 it is The Rabbit. 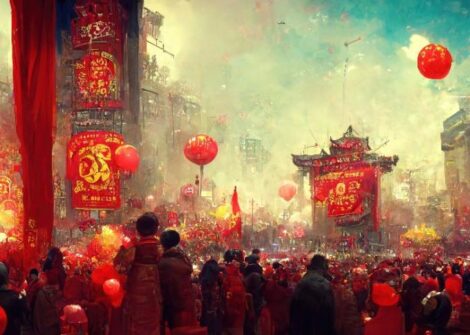 Since it is also called the Yuan-Xiao Festival, it promotes the gathering of families, especially the younger generation and the elderly, and eating yuan-xiao. These are sticky rice balls with a variety of fillings, such as dates and beans, sesame, chocolate, peanuts and cocoa with butter or meat.There are folk dances, such as the dragon dance, which celebrates good harvests and the prosperity of life, and the lion dance. This animal is a symbol of boldness and strength, capable of favouring people.
Another manifestation of folklore is stilt-walking, and the actors impersonate monks, clowns, villagers, or fishermen, entertaining the people. Finally, the Lantern Festival is also known as Chinese Valentine’s Day. Once upon a time, each girl wrote her name on an orange which she threw into the river. The man who took it would be her boyfriend. Today, love messages and gifts are sent to relatives and friends. (Open Photo: 123rf.com)