Today the challenges multiply in African cities while their inhabitants have access to many more services, often at the hands of innovative companies.

In 2025 there will be 100 African cities with more than a million inhabitants. In 2050, 14 cities of the continent will have reached the category of a megacity, that is, they will have more than 10 million inhabitants. In 2100 Lagos could reach 88 million, potentially four times its current population.
The forecasts, which cover scenarios of 80 years, offer disturbing results. Only numbers and little else. Objectively, the intersection between the growth of the city and the growth of the population is a challenge. But what the forecast or, at least, the bare figures do not transmit is another reality: the African cities of 2050 will hardly be like those of today. Almost certainly, life in those cities will not be like that of today. That is to say, the evolution of these settlements does not happen simply by an increase in population; the cities themselves are in transformation and in recent years this change has grown enormously. 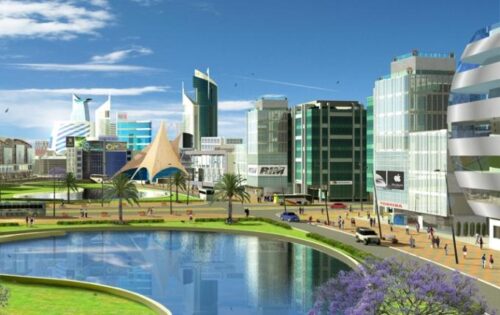 One of the factors of this change, even if not the only one, is the energy released by digital ecosystems.
A decade ago, there was a rush on the continent for technological cities projects. In a race at the helm of technological and urban innovation, the spectacular seemed to prevail over all else in the proposals, leading to the presentation of city designs set in a science fiction future.
Konza City, near Nairobi, Hope City in Greater Accra, Ethio ICT on the outskirts of Addis Ababa, and Diamniadio in the expansion area of Dakar, are examples of this. Over the years, some of the plans have been blocked while others have been postponed. Those that have materialized have done so after a strict reality check and, in most cases, under considerable criticism. Each one was conceived in terms of technological parks, smart cities and spaces in which innovation and the good life virtuously combined. They were to become the outlets of the dreams of the big cities. And they have become, overall, prohibitive frustrations in the middle of nowhere. The urban transformation determined by technological innovation has not definitively chosen that road in Africa.

The Yaba case
In opposition to this model, one marked by the magnetism of reality prevailed. Digital ecosystems have shaped urban environment, generating a practical, immediate, and relatively spontaneous transformation. The most striking example is certainly that of the Yaba district in Lagos. It is paradigmatic because the sequence of its development shows the ability to attract emerging companies and, at the same time, because it takes place in the city with the greatest evolution on the continent, the economic capital of Nigeria. What was once a popular neighbourhood of the Nigerian megalopolis hosted the birth of the innovative ecosystem of the city, probably the most dynamic and lively on the continent. 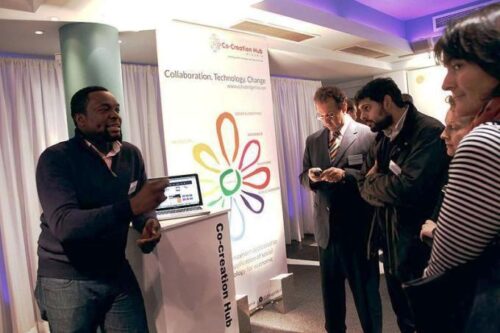 In this sector, just over a decade ago, the Co-Creation Hub, at the time a completely revolutionary innovation centre, which was one of the pillars of the digital awakening of Nigeria, was installed. Ideas have emerged that have become incubated, accelerated, and supervised companies in the Co-Creation Hub and also companies that searched for the warmth that the community provides, especially when promoting start-ups was still against the current. But the promise has become reality and the Nigerian digital ecosystem was consolidated in Yaba, to the point that some large companies, which were able to choose logistically cheaper locations, ended up moving their offices to the neighbourhoods where the Digital life of the city is present. Perhaps the urban conditions are not the most appropriate in this rethought and recreated neighbourhood, but the protagonists assure us that, for the operators in the sector, Yaba is better than the new – and exclusive – business neighbourhoods, such as Eko Atlantic which was designed in Isola Vittoria. Yaba is not the only example of this process. Something similar, although perhaps not so pronounced, took place in the Kilimani district of Nairobi, which, however, is now considered to be crowded out by the construction of the large buildings that triggered that attraction.

Solutions to urban problems
However, the main transformations that digital ecosystems guide in African cities have to do with access to services for their inhabitants. Usually, difficulties of mobility, waste management or even pollution are some of the evils related to the cities and, above all, to their disordered growth, also aggravated by overcrowding. Among the negative urbanization factors, there are also safety, unemployment, and insufficient availability of resources in education or healthcare. 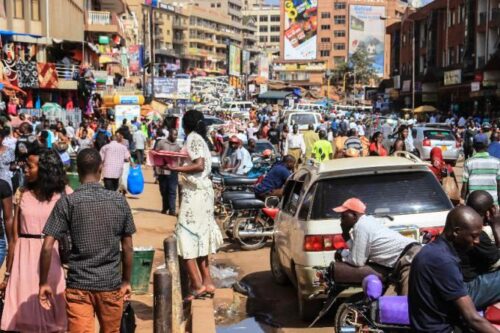 The street life of Uganda’s capital, Kampala. A crowd of people on the streets and heavy traffic. 123rf.com

Precisely, the environment of start-ups and innovative social enterprises offers solutions to the challenges related to the first group, in what has already started to be called Urbantech. Mareme Dieng ensures that many of the entrepreneurs, in reality, are covering the public services that administrations should provide but do not do so. Dieng, head of the strategy for Africa at Global 500, an influential risk capital fund that invests in companies all over the world, adds that investors are massively supporting these Urban plans, as well as other entrepreneurial sectors because they see that there is a lot to be done and this presupposes a large available potential market.
The urban transport sector has been very interesting for entrepreneurs, for whom it is clear that there is a need in this field that requires a response. Probably one of the most representative cases is that of Safeboda, a start-up that started its business in Kampala and introduced planning in the Motortaxi sector (popularly known as Boda-Boda). The company, which has undergone some setbacks such as a scandal over the sale of user data to third-party companies or a frustrated attempt to enter the Nairobi market, expanded and consolidated in Ibadan, the second most populous city of Nigeria. From this country, specifically from Lagos, another innovative proposal is projected. 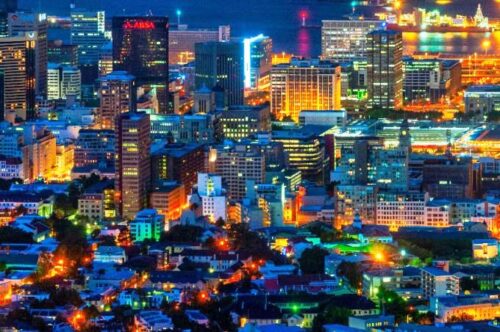 Seven years ago, the Metro Africa Xpress (Max) began to circulate in the city, revolutionizing the most widespread transport sector, known as Okada in the economic capital of the African giant. Max not only spread to four other cities in the country but also started producing its vehicles and opened the juicy melon of electric urban mobility. Since its birth, it has attracted the attention of investors for its ability to adapt and for the good reception of its service.
Another crucial sector is that of waste treatment. Based on different technical systems, but with the same spirit of improvement of the collection, the expansion of management and the reduction of pollution, while generating resources, they deploy their Disposed Green activities in Accra and its suburbs, or the veterans Werecycle in Lagos. In the same way, Mr Green Africa collects and works plastic in Nairobi, to give them a new life, just like Coliba does in Abidjan and Accra. In this case, public services intersect with the circular economy.

Delivering the goods
Urban transformation comes from companies such as Paps, for example, which has implemented an efficient system for the delivery of goods to Dakar and Abidjan. Faced with a distribution structure such as that of this emerging company, which receives the support of international investors, the reaction could be to think about strengthening digital trade, but its impact and its scope are greater. 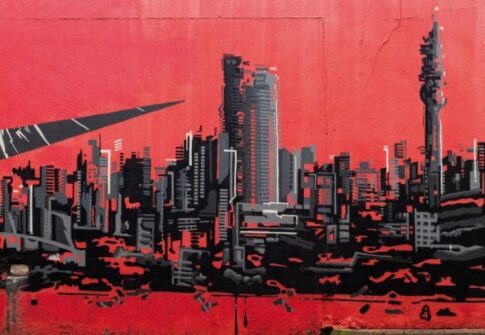 Not only does conventional trade use its services, which reduces movements to the city, but also offers coverage, for example, to pharmacies or to some requests from the public administration. This example shows that the impact of innovative ecosystems on the future of African cities has multiple variables, some curious such as the problem solved by Okhi. It is a Kenyan startup that provides users with a postal address. An apparently simple operation on how to have a clear and verified address, but so unusual in most large African cities, improves packaging services and online shopping, but also allows access to banking services or help in response to medical emergencies. From there, creativity continues to look for sustainable solutions to the problems they present. (Open Photo: 123rf.com)