The maras are characterized by their particular ritualism, their violent initiation rites and the tattoos that proclaim their own members that make them very similar to the members of the Japanese Yakuza.

In the initiation ritual of the mareros or pandilleros, the neophyte is approached and placed at the center of a circle composed of a minimum of five to a maximum of fifteen affiliates. After boasting of his own vanity, he is beaten by the whole group for a duration equivalent to his identification number, while women can choose between sexual violence perpetrated by the leaders of the group or beatings.
Many of them, in order to gain the respect of the gang, prefer beatings, given that for those who choose sexual violence respect is almost never guaranteed, even if the trial has been passed. Only in this way do they really feel part of the group and can participate in discussions, during which their word takes on decisive value. 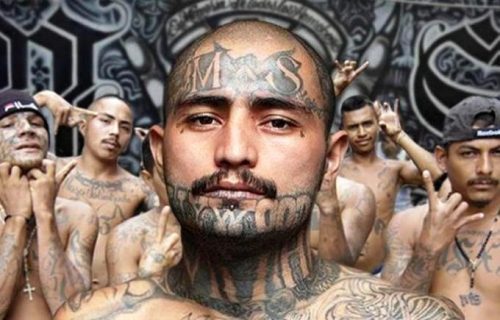 Within the two major organizations the role of women is twofold. In fact, in addition to perpetrating the usual criminal activities with particular regard to drug dealing, because they arouse less suspicion than men, they also play the roles of mother and woman, taking care of domestic activities and childcare. However, for most members the role of women remains strongly linked to the patriarchal culture of the place and, therefore, many prefer to choose their life partner outside the criminal context.The culture and values shared by the members of these groups, pandilleros and mareros, is characterized by symbols inherent in social realities that are strongly hierarchical and linked by strong bonds of fidelity and fraternity, as well as a lifestyle made up of transgressions, a life lived as if every day were the last. The symbolism, expressed in letters or numbers, indicates one’s belonging to the group. The first tattoo is performed after passing the initiation ritual and indicates the identification number of the group to which one belongs. The others are applied after committing a murder or when one ends up in prison. 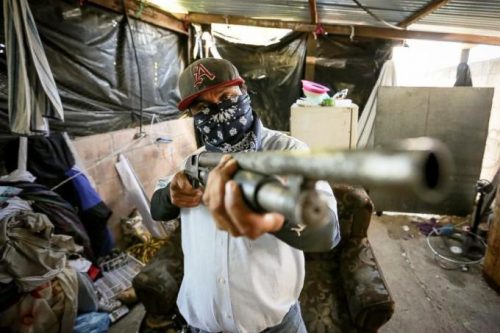 It is important to demonstrate the attachment to the group through the exercise of violence, the lack of fear: dying for one’s own group or killing a rival, in a continuous application of the law of retaliation, are acts of courage and great honor. Also the language represents a crucial point in conceiving the symbolic universe of these groups and besides the spoken language there is also a vogue language of a gestural nature. This assumes even stronger connotations since through signs that are characterized according to the movements of the fingers, the various members can communicate with each other without even opening their mouths. It is a code that is used during gatherings or important ceremonies. The culture of the pandillero or the marero therefore appears essentially composed of symbols that guide it within well-hierarchized social realities. 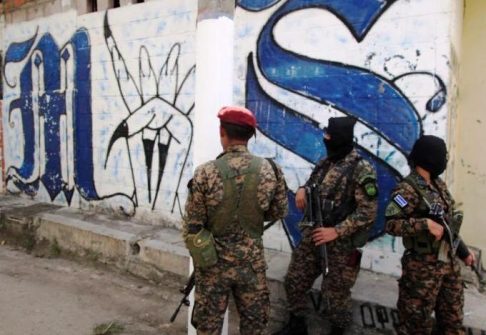 The Salvadoran maras play a crucial role in drug trafficking, thanks also to the strategic position enjoyed by the country which, given that it is at the center of the main traffic route to the United States, has given the mares the opportunity of placing themselves at the service of the Mexican drug trafficking cartels. Proof of this is the fact that some Mexicans have found refuge in El Salvador itself to escape the government’s anti-narcotics offensive. A link has also been proven between the maras and the Zetas, one of the largest Mexican drug cartels, who supply the maras with weapons.For every 100 kilos of cocaine that enter the country only two remain inside, in fact, while the rest continues its journey to the USA through a system renamed as hormiga – ant – precisely because it employs a very high number of pushers, each of which carries a reduced amount of drugs.The internal dealing, on the other hand, is managed by the clicas, cells organized on a local basis that perform different activities between themselves.
In addition to drug trafficking, criminal groups in El Salvador are very active in laundering the proceeds of drug trafficking. It is no coincidence that the country has been called the ‘drug-trafficking bank’ because of the fact that all the proceeds of the exported drugs arrive there, and are later recycled to feed the local economy. 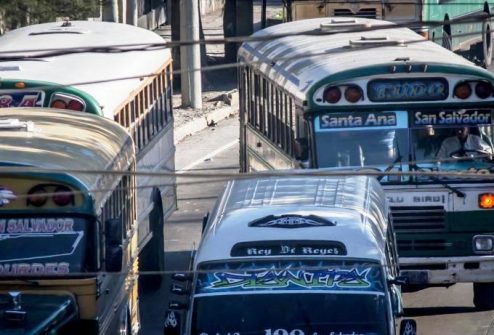 Extortion is also one of the main activities carried out by local gangs. Some Salvadoran government officials, quoted by a Wall Street Journal inquiry, have estimated that one of the main gangs, the MS-13, carries out systematic extortion in 248 of the 262 municipalities in the country, without coming under any great pressure from the authorities. This phenomenon affects 79% of local entrepreneurs, with particular regard to trucking companies. These latter, now reduced to the brink of the abyss, have been forced during these years to pay over 30 million euros a year, in total, as a bribe paid monthly or, indeed, even weekly. In San Salvador, the distribution of consumer goods is also under the control of the gangs, while in rural areas, even if farmers do not accept to pay, they threaten to burn their sugar plantations.
In addition to arms-trafficking, drug-trafficking and extortion, the maras are also involved in the trafficking of human beings, abductions and murders. Murder on commission represents another major social plague. This activity, which mareros use to increase profits, is generally carried out through contracts established with the rest of the criminal organizations to which they offer their services. (F.R.)