A Church that is attentive to the situation of the people. Pastoral decisions that may help a community to grow in a ministerial and missionary dimension. We talk about these matters with Mons. Odelir José Magri, the Comboni Bishop of Chapecó in southern Brazil.

Four years have passed since Pope Francis appointed him bishop of Chapecó, transferring him from the diocese of Sobral. Mons. Odelir recalls: “It was a big surprise as I had only been in Sobral four years, to be then transferred to my native territory and diocese”.  The diocese of Chapecó is located in the west of Santa Catarina State, in southern Brazil, on the border with Argentina and the Brazilian states of Rio Grande do Sul and Paranà. The diocese comprises 80 communes, mostly agricultural and sparsely populated. The diocese was created in 1958. 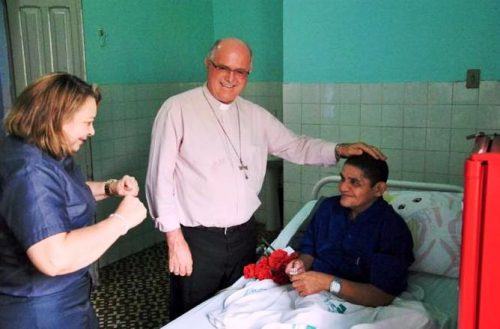 Mons Odelir tells us that the first inhabitants of the region were the Guarani and Kaigangs indigenous peoples. For part of the XIX and XX centuries, the western region was also home to the ‘Caboclo’ people, a cross between indigenous people and Portuguese migrants, and black people, mostly poor families from rural areas.
At the start of the 20th century, the process of colonisation began with a second migration, this time by Italian, German and Polish immigrants who today make up the majority of the inhabitants of the region. Recent years have seen the arrival of Haitians, Senegalese and people from other parts of Africa. 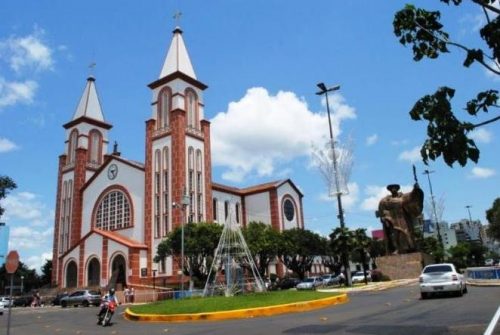 The diocese of Chapecó has a population of 755,000 people of whom 79.13% claim to be Catholic. Most of the people, around 68.35% live in urban areas and 31.64% in rural areas. The diocese is divided into ten pastoral areas. There are 40 parishes and around 1563 base Christian communities. Most of these base communities are in rural areas.
Missionaries play an important part. Of the 40 parishes, 13 are run by religious. This is the reason, as the bishop says: “Our primary objective is to help the communities to live the missionary dimension, or, as Pope Francis puts it, to be a Church that goes forth”.
“Another objective is to provide continuity to its characteristic of being a ministerial Church. We have many lay ministers such as those of the Eucharistic, the Word of God, of Hope (funerals), extraordinary ministers of baptism and qualified witnesses of Matrimony”, Mons. Odelir explains.
A further challenge lies in the requalification of the pastoral so as to provide a concrete response relevant to the daily life of the Christian communities. It is necessary to be a Church that continues to defend life, and has at its heart the option for the poor. We must not be afraid to join the battle in defence of the least”, the missionary bishop affirms.
Mons. Odelir mentions the commitment of the diocese regarding the process of initiation into the Christian life. This implies striving to join up faith and life and to make some fundamental aspects of the encounter with Christ such as conversion, discipleship, communion and mission, become part of it. This process must involve families, children, adolescents and the youth so that they may take an active part in the life of the ecclesial base communities. 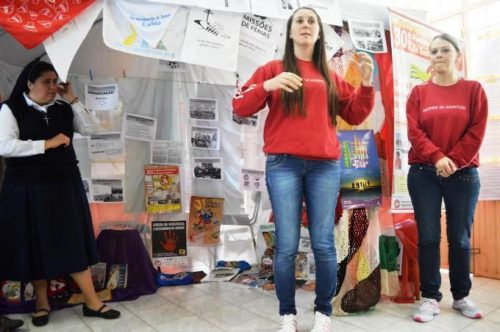 With reference to the present political state of the country, also in view of the presidential elections scheduled for October, the bishop tells us that, although, on the one hand, during the last fifteen years a certain amount of progress has been made in human rights, the reduction of poverty and increased empowerment of the people, on the other, Mons. Odelir said regretfully: “we cannot ignore the enormous increase in corruption at the highest levels of the state through the channelling of public money to large private companies”.
The bishop continues: “Brazil urgently needs serious reforms: political, financial, legal and educational, just to mention a few. We also need to grow very much in the awareness and practice of the sort of democracy that is not only representative but also participatory.
The Bishop of Chapecó states that the option for the poor, a characteristic of the Brazilian Church, is still also a challenge. It is an option which, as the Brazilian bishops remind us, “must be solidly manifested in visible gestures, especially the defence of life, the rights of the most vulnerable and the excluded as well as by permanently accompanying them in their efforts to be the subjects of social change and transformation”.

Speaking of his dream for the diocese, it is his desire “to form Christian missionary disciples and communities of faith that are increasingly alive and witnesses of a world that is more human, more just and more fraternal; to combat all exclusion and promote life, with particular attention to the poorest”. 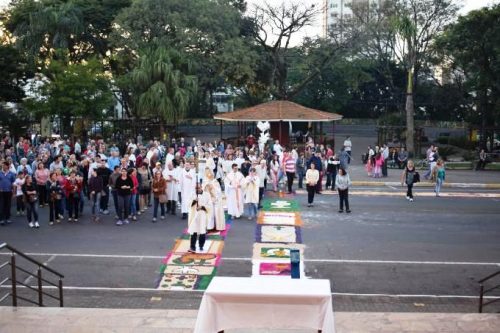 This attitude “helps us to go beyond being concerned with what is close to us and to look beyond”. The diocese has already had positive experiences through the project with sister churches in Nicaragua and north-east Brazil. “It is my dream that we may soon recommence this missionary project, bringing our contribution to Brazilian Amazonia”, the missionary bishop adds.
Mons Odelir concludes by remembering his words the day he entered Chapecó as its bishop: “The mission is carried out by the feet of those who set out, the knees of those who pray and by the hands of those who help… for we are all missionaries”.