The religious institutes have created a support network for the many migrants coming to the city in the hope of moving legally, or even illegally, to the United States. We visited the Migrants House.

The numerous white crosses close to the famous Las Playas beach are in memory of the many migrants who lost their lives attempting to reach the United States. This is Tijuana, known as the most typical of the frontier cities. It is situated in Lower California at only thirty kilometres from the American city of San Diego. 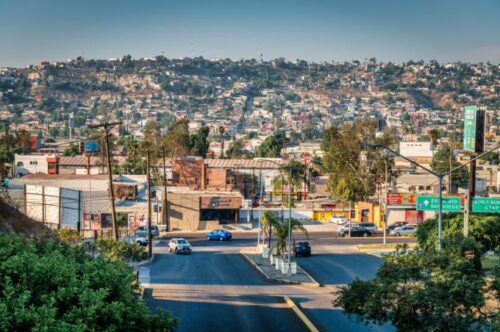 View of poor area of Tijuana Mexico with buildings on hill. Photo. Mdurson/123RF.com

In recent years, the city has become the point of arrival for many migrants and also the place where migrants return home after being deported from the United States. It is in this chaotic, disordered, and violent city that the religious institutes have sought to respond to the various needs of the migrants. The structures called albergues are located mostly in the Northern Zone of the city, close to the border. They work in contact with each other in common initiatives of training or protests, as in the case of marches organised to protest the closure of the border or the tightening of policies governing asylum seekers.
The emergency caused by Covid-19 has, inevitably, placed a strain upon the hospitality structures that were meant to be almost
completely self-supporting. 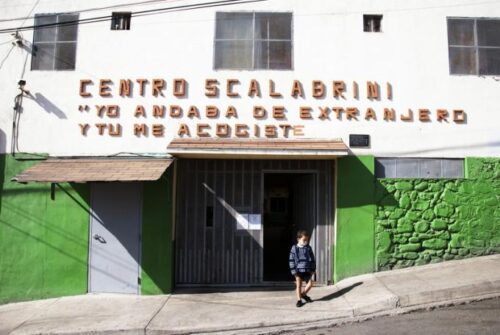 The Migrants House is one of the largest hospitality centres in the city. It was opened in 1987 and run by the congregation of the Scalabrini, with room for 140 guests. Before the Coronavirus epidemic, all the guests were male. The House is a place of welcome and offers a number of services such as legal advice, counselling, and a course on how to find work. Father Pat Murphy has directed the Tijuana Migrants House since 2013. “Most of the people coming here are from the south of Mexico or Honduras. They have one common aim: to escape from violence and poverty”.In the course of their stay which usually lasts about thirty days, the migrants may take training courses, avail themselves of medical services, and enjoy three meals a day as well as a place to sleep. The rules for entry are clear: each guest must help with the daily cleaning, in the kitchen, and other activities when requested. In the Centre, time seems to stand still. Due to the epidemic, people may go out to go to work, but permission is required to leave for any other reason. The daily routine is marked by a regular timetable. 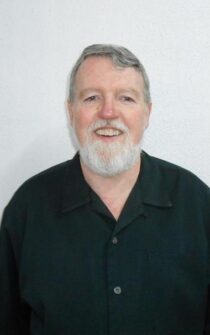 Most residents go to work early in the morning and return in the evening in time for supper in the refectory. The aim of the Migrants House personnel is to assist the guests with bureaucratic procedures and assist them in actively looking for work so that they can rent a place of their own after their stay in the House comes to an end.Despite the closures due to the pandemic, there has always been work available in Tijuana: the migrants find work in the building industry, in laundries and hotels, as watchmen, or as road sweepers in the commercial centres. The main problem is that of low wages, insufficient to pay the very high rents, and the lack of public transport, which forces people to work close to where they live.
The Covid-19 also struck the Migrants House where there were some cases who were immediately isolated in rooms specially equipped for quarantine and with supplies of oxygen. The emergency lasted three long months. Lower California was one of the regions most affected in Mexico, but Father Murphy was not deterred by the collapse of the public health system; with the help of his collaborators, he decided to devote half of the premises to whole families.

Many stories to tell
Migrants House is a place where everyone has a story to tell. Stories of suffering, sorrow, and broken dreams. Doris, too, has her own story. She has just heard that her mother has died in Honduras, and she was not there to say her last goodbye.  Before reaching Tijuana, Doris’ family travelled for a whole year. Gerson, her husband, tells us he could never go back now that he has succeeded in escaping from all sorts of violence. Their first goal was Tamaulipas, the Mexican state on the border with Texas but even there they were the victims of extortion and kidnapping. Twice they tried to cross the border by contacting the ‘coyotes’, the traffickers who demand up to twelve thousand dollars
to cross the border. 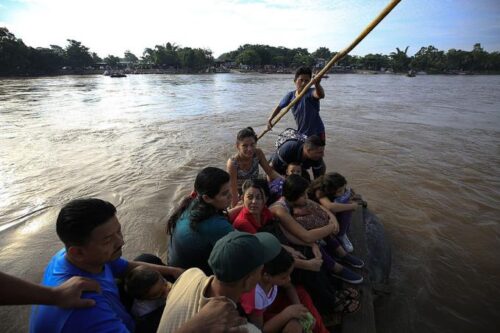 The coyotes are contacted by word of mouth, even within the hospitality centres where they sometimes succeed in being accepted by pretending to be needy migrants. Their real aim is to find clients, promising a safe one-way passage to the United States. The coyotes are also known as ‘polleros’.  They operate not only on the northern border but all along the migration route that starts in Tapachula, in the state of Chiapas, on the border with Guatemala. The migrants’ route is one of the most profitable businesses for local organised crime. Organised crime has, for some years, had a grip on the phenomenon of migration. “Yes – Father Murphy confirms – because this really is big business. The Mexican government is not in control and corruption is widespread. It is all centred upon money”.
A few months previously, Gerson and his family had succeeded in crossing the Rio Grande using a makeshift dingy and entered the state of Texas only to be sent back by the border police. After the election of the new president Joe Biden, confident that migration policy would change, Gerson and Doris made a second try. This time they went overland, fearlessly crossing the desert area at the border. However, they were again disappointed and so they returned to Migrants House, waiting and hoping. They hope to reach their relatives who live in Minnesota. 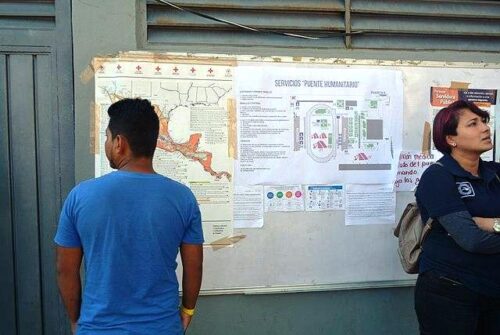 Moses is aged 32 and originally from Ghana, the only African guest at the House where he has been for six months now. He was one of the few who did not speak Spanish and showed no interest in learning the language: in his free time, he likes reading the latest news about the immigration situation in America. He left his native Ghana and his son to follow his ‘American Dream’ and join his brother in Ohio.  For him, the United States “is a country of unlimited possibilities in all aspects of life”. He is not slow to admit that he did not leave Ghana because of the lack of security, but because he wants to use his studies in marketing, develop his profession, and send money home to his family. He tried to cross the Rio Grande several times but was always sent back but he says: “sooner or later I will succeed”.

Biden and Harris
The change of tenant at the White House is viewed with hope.  “Unlike the previous administration, the Biden government sees immigration as a delicate problem that must be handled carefully.
Firstly, it has adopted a more flexible and human policy”, Luis Miguel from El Salvador tells us. The approach differs from that of Trump, but the proof will be seen in deeds. 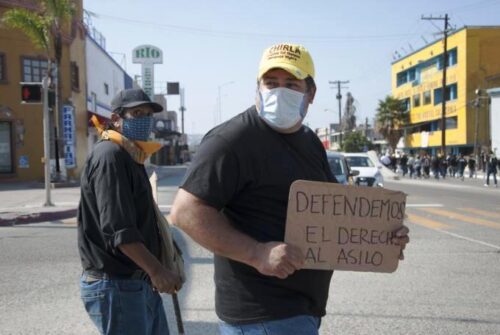 In recent months, the official number of migrants to the United States has broken all records. Early in June, Kamala Harris made her first international trip as Vice President, visiting Guatemala (which, with Honduras and El Salvador, forms the ‘Northern Triangle’) and Mexico to promise development aid to stop the growing migratory exodus, but especially to repeat: “Do not come!”.
During her visit, Harris promoted the creation of two work groups to combat human trafficking, the drugs trade and corruption, as the first step in a plan to invest four billion Euro in the region. The long wait to see the fruits of these measures, while people suffer and migrate, shows the complexity of a problem that is more easily opposed than governed. Open Photo: Border wall between Mexico and the U.S.A. at Playas de Tijuana.  Mabrach/123RF.com