The colossal and internationally important business of drug trafficking, now run by criminals of all races, is also participated in by various factions of terrorist groups and guerrillas.

According to data provided by the DEA (Drugs Enforcement Agency) entitled ‘Combating organised international crime’, it emerges that the ties between drug trafficking and terrorism continue to grow (even if this is nothing new), to the extent that both realities are superimposed, one on the other, in some areas.
The connection between these two subjects, apparently far removed from each other by their different strategic objectives and ideological visions, lies mainly in satisfying mutual needs. Guerrilla and terrorist groups, being well set up in the territories, guarantee traffickers the freedom required to operate within those territories securely and undisturbed. Since they are anti-system forces, they are also capable, thanks to their military equipment, to counter police operations. This is an ideal situation for the traffickers who, while paying for such services with large sums of money, work undisturbed and employ their people exclusively in operations connected with peddling. 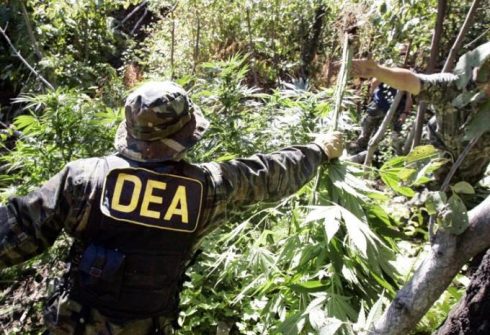 Apart from benefiting from outsourcing the security services, drug traffickers may also avail of logistic support that enables them to set up laboratories within those territories where such organisations represent the sole valid interlocutor. Drug proceeds allow terrorist organisations to finance their own undertakings; in this regard, the Taliban are one of the more important objects of study. At the end of the nineties, drugs were considered by the Afghan Jihadists to be contrary to Islamic principles, but soon the demands of the war changed this conviction to the extent that drug trafficking was seen as the main economic activity capable of meeting the needs of the war economy.
Consequently, following the American invasion, the Taliban moved from simply controlling the production of opium to administering the whole process. The death of Mullah Omar in 2013 marked a turning point in this regard since the death of such a figure brought about the fall of the only remaining resistance to such a modus operandi. After that date, the trafficking in narcotics became so necessary within the movement as to become institutionalised. 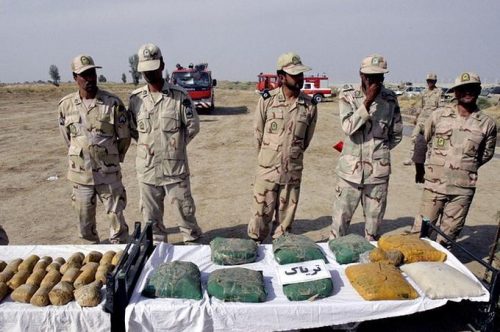 Drugs produced in Afghanistan reach Europe from three important directions: the Northern route; the Southern route and the Western route. The Northern route easily crosses Central Asia (Turkmenistan, Uzbekistan and Tajikistan), and then moves towards Europe both across Kazakhstan and Russia and across the Caspian Sea, Azerbaijan and Georgia. The Southern route transits Pakistan through the frontier of Balukistan. From there it reaches China and, by sea or air, is sent to the most varied of destinations (Africa, Europa, United States and Oceania). Lastly, the Western route passes through Iran, then towards Turkey and from there, going on through the Balkan States, it reaches Europe.
The evolution within the Taliban is of interest also to other guerrilla and terrorist groups that are undergoing a transformation from within with combatants who become drug traffickers, thus creating new autonomous cartels. This allows them to administer the whole process and gain greater profits. This mingling that has taken place in some areas makes it difficult to see a clear distinction between the two realities to the extent that a new reality is identified and this new phenomenon has been given the name of ‘narco-terrorism’. (F.R.)