What kind of challenges exist for Christians in Islamic countries? How to be a Christian among Muslims? We focus on Egypt.

An Islamic country is, by definition, religious. However, Islamic countries differ in their way of ruling, stemming from the Sunni or the Shiīca or the Khawarij, the three early roots of governing. The Sunni based on the Caliphates who were the successors of Muhammad, the shadow of the divine ruling, as in the ideology of ISIS; a rule, according to the Sunna (the laws and practices of Muhammad), the Prophet and his successors who live according to Islamic law (sharica).
Sunna rulers are mostly military who would rule according to the sharica, which consists of four schools of law. 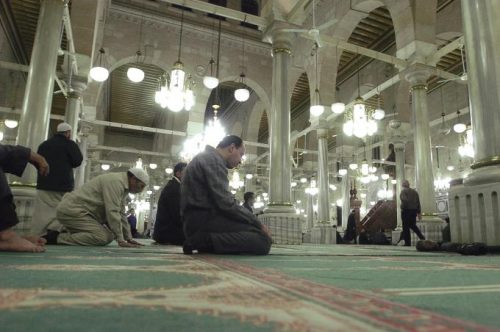 The Shiīca are rulers from the descent of cAli (the cousin of Muhammad), from whom the political ruler is an Imam like Allatollah Khomeni. A third branch of Islam that ‘exited’ (Kharaja – in Arabic) from both Islamic parties, the Kharijites emerged. While the Sunni ruler, dependent on the Prophet’s successor, is chosen from his tribe,  and the Quraysh and the Shiīca from the descendants of cAli, for the Kharajites their ruler had to be just a Muslim, even a converted ‘Ethiopian Slave’ can rule ‘Dar el-Islam’ (the Islamic dwelling place), an Islamic country.

The native Egyptian Coptic Christians live in a Sunni governed country, which would be different from Shiīca and Kharijites countries. The new Egyptian state constitution affirms in Article 2 that: Islam is the religion of the state and Arabic its official language. The principles of Islamic law (Shari’a) are the principal source of legislation’. 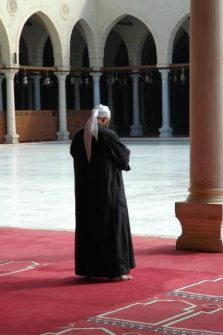 Egyptian Arabic gradually substituted the Coptic language from the 13th century onwards, and its church is one of the four early Patriarchates established around the same time as the church in Rome. National identity excludes the Coptic distinctiveness, making them a tolerated minority, but not equal citizens. Article 3: Christian and Jewish religious affairs the principles of the laws of Egyptian Christians and Jews are the main sources of laws regulating their personal status, religious affairs, and selection of spiritual leaders. Could this be religious apartheid? The tolerance of Christians and Jews in Islamic legislation operates on a parallel existence, where cultural and state identity remains Islamic. Christians are tolerated, but are they accepted?

Adaptation at the cost of identity

Christian citizens over centuries had to adapt to Islamic law and culture to the extent that Coptic Christianity while preserving its language and Coptic heritage in the liturgy, lost its social-cultural values. Over centuries adapting to Islamic law and cultural pressures, Coptic Christianity changed. In the 2011 revolution Christians and Muslims stood together for national change. With Morsi, the leader of the Muslim Brotherhood elected as president, Christian Coptic identity no longer identified with the nation. It was the time of churches being burned and Copts killed in public. 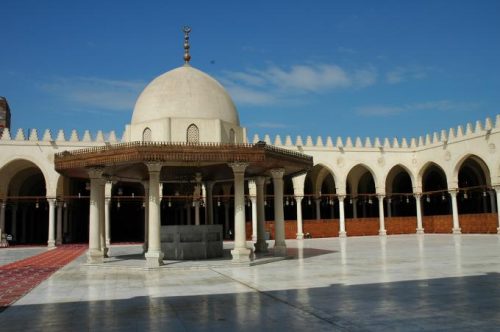 How can a Christian be patriotic? To be freed from President Morsi after one year of governing required an exceptional national unity without religious division. The people went into the streets in defiance of the ‘democratically’ elected president. It was a historical moment when Christians found the courage to revolt after centuries of passive submission to the state. Encouraged by disconcerted Muslims who saw that ‘Islam’ is not the solution, the military took back the seat of power they had briefly lost, using mass media effectively to manoeuvre popular opinion in their favour.

To be an Egyptian Christian in Egypt ?

Christians in Egypt cannot afford to be superficial in their national and religious identity. Christian fundamentalism is a constant temptation as a response to Muslim radicalism. Pope Francis on his visit to Cairo in 2017 said, in his address to government authorities and diplomatic corps: “Development, prosperity and peace are essential goods that merit every sacrifice. 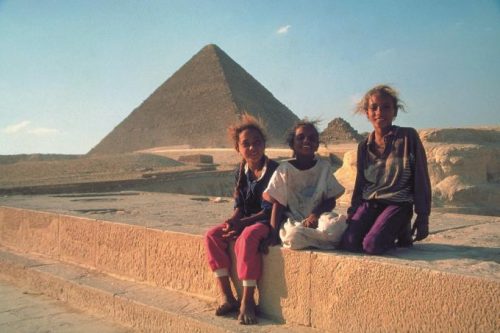 They are also goals that demand … above all, unconditional respect for inalienable human rights such as equality among all citizens, religious freedom and freedom of expression, without any distinction (cf. Universal Declaration of Human Rights; Egyptian Constitution of 2014, Chapter 3). The greatness of any nation is revealed in its effective care of society’s most vulnerable members – women, children, the elderly, the sick, the disabled and minorities – lest any person or social group be excluded or marginalised”. Can this be realised?

Ecumenical unity as a necessary witness

During the same visit Pope Francis pertinently said in his address to the Patriarch Pope Tawadrous II: “Together, then, we are called to bear witness to Jesus, to carry our faith to the world, especially in the way it is meant to be brought: by living it, so that Jesus’ presence can be communicated with life and speak the language of gratuitous and concrete love. As Coptic Orthodox and Catholics, we can always join in speaking this common language of charity: before undertaking a charitable work. Thus, by building communion in the concreteness of a daily lived witness, the Spirit will surely open providential and unexpected paths to unity”.
A deeper communion is essential among the seven Uniate Catholic Bishops, each in fidelity to their various traditions and their Orthodox counterpart needs to form the type of unity which is not just simply conformity; but by practically forging together a path where the diversity of liturgy, spirituality and traditions shows their relevance in contemporary society and their richness in unity. The embarrassment of not celebrating Christmas and Easter together worldwide is reason enough to be ridiculed as Christians who proclaim love and cannot live its joy. Any signs of division seen by Muslims weakens the credibility of the values of Christian belief.

Contemporary Orthodox and Protestant pastoral theology do not hold the Catholic Church’s theology of inter-religious dialogue. While the Orthodox defend the faith using apologetic theology, the Protestants affirm that salvation is only found in Jesus Christ. Both positions exist in the Catholic church, but with an emphasis on God’s plan to save all of humanity. Catholic teaching does not focus on ‘who are saved?’ but ‘how God saves his humanity?’ 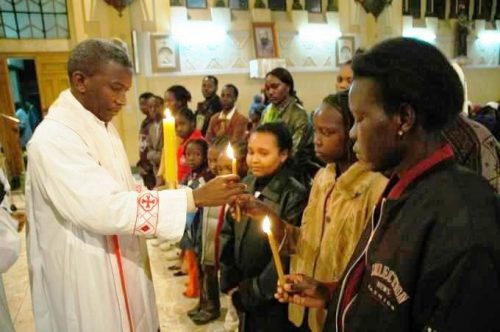 We face two consequential challenges. The first is the value of respecting the human conscience as the inner place where God speaks to every human person. Therefore no one can be forced to have faith. The second is the Kingdom of God is larger than the Church. Therefore the role of the church is to be a sacrament of salvation and not a manipulator of salvation. As a pilgrim church, we journey towards the Kingdom, knowing the way through, with and in Christ, to the Father. Dialogue begins when our way of life challenges the status quo, and we are asked the reasons behind our living faith.

The seed of hope

Christians in Islamic environment cannot afford to be passive victims of inequality, discrimination and persecution. Coptic Orthodox, Catholic and Protestant unity will challenge the Islamic culture of conformity. The richness in diversity is part of the universal Church’s physiognomy. Christians cannot afford to be sucked into the victim attitude, losing the dignity of Christian identity by adopting a fundamentalist mentality.
Nevertheless, openness to inter-faith dialogue is not to seek what is common, but to understand the meaningful value of diversity. As a Persian Muslim, a Sufi mystic and poet Jalāl ad-dīn ar-Rūmī (died 1273) wrote: ‘Out beyond ideas of wrongdoing and right-doing, there is a field. I will meet you there’. Jesus went beyond being condemned, hurt, betrayed, tortured, crucified and buried, and meets us every day in the field of love, mercy, understanding and sharing. There is much that buries Christians in an Islamic milieu, but faith like a seed always gives new life when it dies.
Paul Annis, mccj