Mention Colombia and one immediately thinks of cumbia: a rhythm, an atmosphere, a dance, a way of singing, a synthesis
of the essence of a people.

A people still struggling to find a balance and social pacification between modernist and traditionalist thrusts, between terrorist regurgitations, the ever-untamed violence of drug traffickers and a complex interracial coexistence, since the population is composed largely of whites and mestizos (85%), to which, however, must be added blacks and mulattoes (10%) and Amerindians (5%).
A difficult and bloody land, where there are those who try with difficulty to switch from the cultivation of coca to that of coffee, but who have to clash almost every day with an underworld obviously striving to maintain their power and to deal with situations of exploitation from which it is difficult to get free. 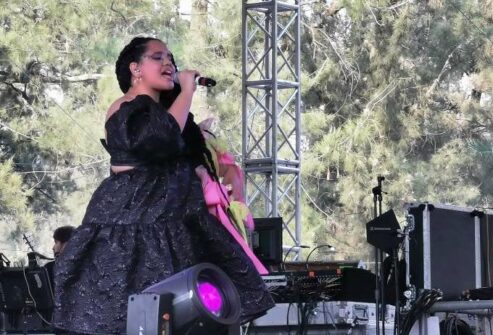 This dualism between glimmers of light and the dark abyss is the main nourishment of Lido Maria Pimienta Paz, one of the emerging artists of the ‘new’ Colombia, even though she migrated to Canada at a very young age. Lido was born in 1986 in Baranquilla, a Colombian metropolis of nearly two million inhabitants, a stone’s throw from the Caribbean Atlantic. She did not have an easy childhood, complicated by the death of her father when she was only six years old. She migrated to Toronto but maintained ties with her country and it was there that she began to be noticed on the world-music circuits.
In fact, her voice and her expressiveness do not have much that is Western; on the contrary, her voice – at once persuasive, penetrating and rich in nuances – rather recalls the Afro-Caribbean tradition. 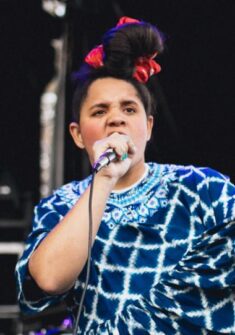 Moreover, she proudly claims her roots in the Wayuu, an indigenous people who have always settled in the area between Colombia and Venezuela.
Lido Pimienta debuted in 2010 with the album Color, and her latest album in 2020, Miss Colombia, from Anti Records, is establishing her as one of the most relevant talents in contemporary ethno-music. In this new adventure in the recording studio, Lido sings about her complex relationship with the motherland and with her origins, but also the female condition and the pain that it causes her to see her own country wounded by racism, still anchored to patriarchal and male chauvinists, and impoverished by corruption.
A frustrated and angry love overflows from her lyrics, while the music does not renounce references to the eternal cumbia, the inalienable essence of Colombian culture. 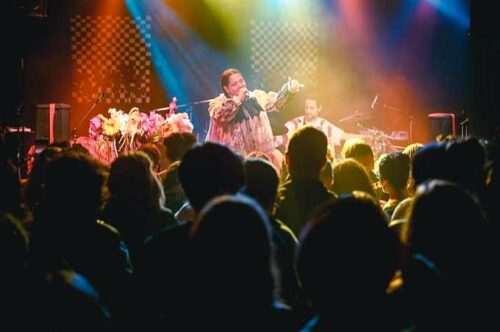 It should be noted that the record was mostly recorded outdoors: partly in her Canadian home, partly in the evocative setting of San Basilio de Palenque (a village about fifty kilometres from Cartagena), as a symbol of indigenous freedom, since there the first Colombian slave community managed to achieve independence from the Spanish empire in 1661, even before Colombia itself.
Certainly not a casual choice for a woman who has always made freedom, racial pride, and dignity the pivot of her being and her way of expressing herself through music. (Open Photo: Lido Pimienta CC BY 2.0/ Matthew Wordell)