“This is no longer the time for clashes between believers. Following the example of our martyrs, we are apostles of dialogue and peace in an Islamic land”.  A conversation with the Archbishop of Algiers,
Mons. Paul Desfarges.

The Basilica of Our Lady of Africa looks out over the blue Mediterranean from the top of a 124m-high outcrop, to the north of Algiers. Inside and to the rear, on the semi-circular apse is an inscription: ‘Notre Dame d’Afrique priez pour nous et pour les Musulmans’ (Our Lady of Africa Pray for us and for the Moslems). Besides French, the invocation is also written in Arabic and Kabyle. “The Church in Algeria is a Church of encounter – the Jesuit Archbishop of Algiers, Mons. Paul Desfarges tells us – We have a mission: we must weave webs of friendship, of fraternity and peace with everyone. We are called to disarm hearts without being afraid because of our weaknesses and vulnerabilities”. 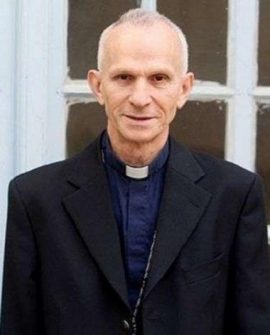 Mons. Desfarges, 75, French by birth but an Algerian citizen, has led the Archdiocese of Algiers since 2016 and, since 2015, has been President of the regional Episcopal Conference of North Africa which includes the ecclesiastical circumscriptions of Algeria, Morocco, Tunisia, Libya and Western Sahara.
The life of the Church in Algeria has a history of bloodshed. Priests, religious men and women (including the seven Trappists of Tibhirine and Bishop Pierre Claverie) were killed because they were not ready to leave that Moslem country during the ‘black decade’ of Islamic terrorism which, from 1991 to 2002, claimed more than 150,000 victims. Those dark years began with a military coup d’état that aimed at preventing the birth of an Islamic republic and were marked by attacks and clashes between the armed forces and fundamentalists. 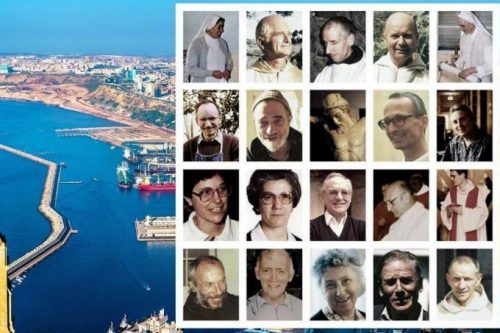 Mons. Desfarges comments: “The life of each one of them was a life given to God and to Algeria. Lives lived under the banner of acceptance, sharing and of service”. Then, recalling the beatification on 8 December 2018, in the Sanctuary of Notre-Dame di Santa Cruz at Orano of the nineteen martyrs of Algeria, he stated: “We cannot but associate our blessed ones with the thousands of brothers and sisters who, faithful to their creed, their conscience and their love for the country, lost their lives during the tragic years of the crisis in Algeria. This includes the 119 imams killed for refusing to condone violence. Together with them there were intellectuals, journalists, mothers and fathers of families who opposed the armed groups. Still today they continually say to us: this is our Islam, the Islam of conviviality”.
Mons. Desfarges dedicated his most recent pastoral letter to dialogue with Islam. More than once he speaks of Moslems as ‘our brothers and sisters’, and holds that many of them “give us a wonderful witness of faith and charity” despite “the difficulty we have in giving Islam its place in the history of salvation” and that “yes, some of our Moslem brothers and sisters will precede us in the Kingdom of God”. “Dialogue is not a matter of sociology or psychology – Archbishop Desfarges adds – God first entered into dialogue with his creatures. Then, in the footsteps of his Son, the disciple goes out to all. This is why the starting point is prayer: even for those who reject us. It is by prayer that we fight against evil and ask the grace to forgive the wounds we received”. 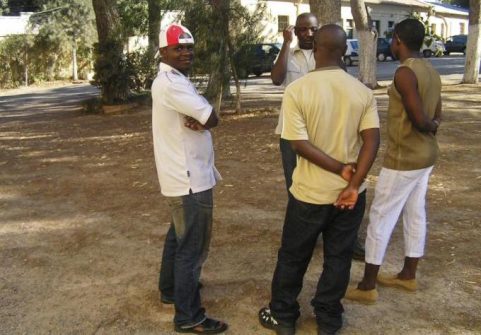 Recently, some Evangelical churches were closed by government authorities. Mons. Desfarges adds: “We immediately expressed our closeness to the reformed communities. We are confident that the Ministry for Religious Affairs will resolve the problem.  The constitution of Algeria recognised freedom of worship. Even though there are some difficulties, I do not think it makes sense to speak of persecution. We are no longer in the context of religious confrontation but of encounter between believers”. “This peaceful atmosphere is shown by two facts – the Archbishop continues – the first is the proposal on the part of Algeria and accepted by the UN to celebrate the 16 May each year as International Day of Peaceful Coexistence. The second is the matter of the Hirak, the non-violent demonstrations that have been going on for ten months with people filling the squares.
The Church is attentive to this movement which aims at opening new horizons for the country. Some have noted that the Hirak began two months after the beatification of the martyrs. There is no apparent connection but the ways of the Lord are infinite…”. 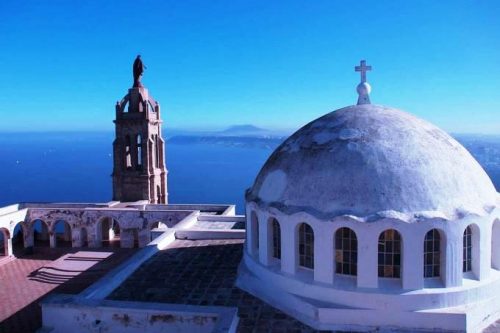 The Catholic community is a small minority in Algeria: 8,000 faithful among 41 million inhabitants. There are 39 parishes in 3 dioceses (Orano, Costantina and Laghouat) and one archdiocese (Algiers). Out of 98 priests, 47 of whom are diocesan, 57 work in the archdiocese of Algiers, together with around 80 Sisters; half the religious women present in Algeria, belong to 20 different institutes as well as around ten institutes of men. Speaking of the Catholic community, the Archbishop says: “We are indeed a universal Church in the sense that we bring together different cultures, languages and nationalities. We have Catholic Algerians, women who are married to Moslems and personnel who work here but are from abroad. One meaningful component is made up of young Africans: they are in their hundreds and come from about twenty different countries to the south of the Sahara and they give us shining testimony. Then, we are also a Church that is becoming less French: the celebrations are now in Arabic or English”. The Archbishop then refers to the migrants who have Catholics among them. “They are in a very difficult situation. Often they are stopped at the borders. Caritas is providing humanitarian assistance especially for the weaker ones like the women and children. Among them there are also some prisoners who are helped by our chaplains”. 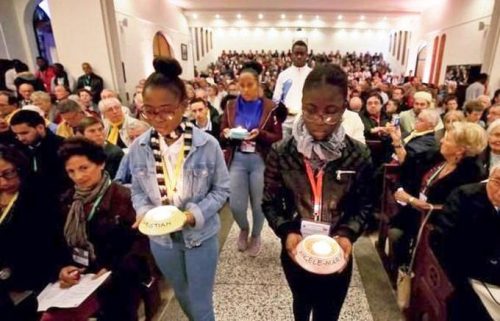 What about conversions? “We do not engage in proselytism. The ‘new’ faithful whom I have personally received have completed a long period of searching. Then, when they knocked at my door, they said: we want to know Jesus. This was because they felt loved by a God of joy and forgiveness. Certainly, we want them to be Christians who are not opposed to their Algerian brothers and sisters. Some Moslems are already asking: ‘And why not? In addition, many Moslems were touched by the Document on Brotherhood signed by Pope Francis and the Great Imam of al-Azhar.” The Archbishop quotes it. ‘It does not involve both parties in the same way but it reminds us that it is faith that brings the believers to see others as their brothers and sisters to be loved’.