Geography, demography, history, faith and politics are inextricably intertwined in determining the reality known as Bangladesh. Many positive elements and progress in many areas have marked its journey since independence, but an equal number of elements render difficult a view into its future.

The country is mostly a flat area in the combined delta of the Ganges and Brahmaputra whose flow is managed by India. It is often struck by catastrophic floods but it benefits from the alluvial deposits and the many water courses for transport. Bangladesh is a country poor in natural resources but rich in manpower.
It places its trust in international aid and investment in low-tech industrial production, and in continual emigration, as well as the Islamic faith of the majority.
These are situations that connect this remnant of Asia and its overwhelming population to a global reality that consists of opportunities and potential but also of the many shadows stretching out over peace and coexistence. 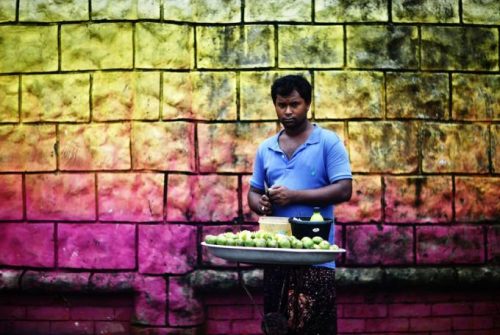 It is impossible to ignore the concrete difficulties afflicting Bangladesh and the enormous challenges that these present to those who govern the country. Nevertheless, even if at least half the population lives below the poverty level and the number of emigrants is increasing and the Bengalis and the Bangladeshis choose the uncertain path of emigration, the reason for this is, in part, the unequal distribution of wealth.
More than three million inhabitants work in difficult conditions so that the country may earn 20 billion dollars a year, mostly in the textile and clothing industries.
With investments directed towards producing labour-intensive, low-priced goods to increase exports, the country’s GNP is growing rapidly (around 6 per cent in recent years), but still not fast enough.
Positive signs are not lacking but, even so, statistics show a country in difficulty: a population of 166 million with 26 per cent below the poverty line (two dollars a day), concentrated in a territory less than two thirds the size of Britain; it is in the 139th position on the Human Development Index (and improving), but with basic literacy available to less than two thirds of the population, and still with marked differences of opportunity, earnings and rights between males and females. 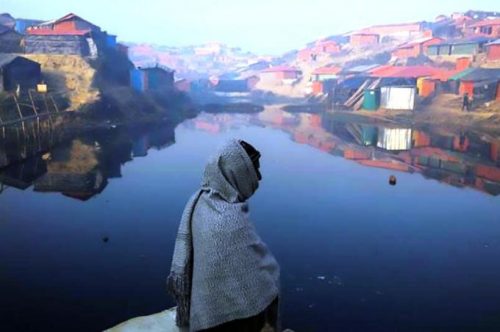 The exposure of Bangladesh to tides and floods undoubtedly places considerable limits on its development but other limits are due to its position and to regional strategies. Neighbouring India effectively controls its access to a large part of its land borders, the availability of energy, fresh water and part of its commerce. Its other neighbour, Myanmar, before 2010, cut off for decades by a military regime, remains mostly a country from where hundreds of thousands of Rohingya Moslems have come to escape persecution and conditions that deny them the right of citizenship.
The Moslem community of Bangladesh is the fourth largest in the world; nevertheless, the country, which in March 2016 confirmed by a decision of the Supreme Court its Islamic identity, sanctioned by the Constitution of 1988, follows a moderate version of Islam. Historically, this was preceded by the modernist movement that sprang up among the peasants and the workers at the end of the 18th century, and the birth, in 1906, in Dhaka, of the Islamic League, a movement that was fundamental to the demand for a separate Islamic homeland on the Indian sub-continent, that led to the birth of Pakistan on 15 August 1947 and that of Bangladesh, independent from Pakistan, in 1971. 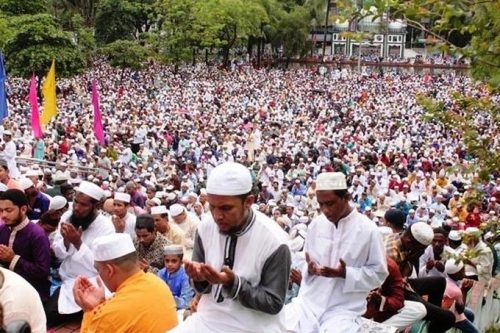 For reasons of faith and of opportunism, independence brought movements of considerable influence such as Jamaat-e-Islami which took on an ambiguous, if not a role of open collaboration with the Pakistani government against the independence movement. That situation explains why today, the Dhaka government is suspicious of the leadership of the group, decimated by long prison sentences handed down by the courts, as well as executions.
One of the tensions that accompanied this beginning was the decision of the government led by Sheikh Hasina Wazed to reserve a substantial quota of public positions for minority groups and the heirs of the combatants who survived the war of liberation. In mid-April, a massive protest which forced the government to make a u-turn, showed not only the potential reaction by Bangladesh civil society but also its disagreement with the frequent exploitation of the past. In the context of unemployment and the lack of outlets for its numerous university population, the decision seemed at least controversial, even if it did not displease those who, like the tribal people, found themselves at the bottom rung of the ladder of opportunity. 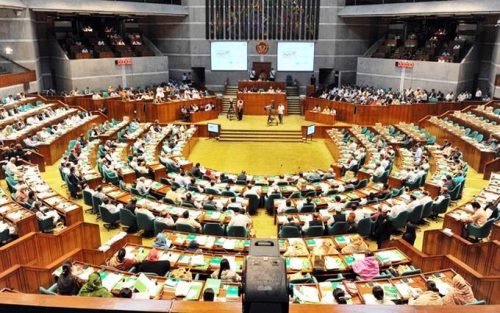 However, what made the decision unacceptable to the opposition was, above all else, that of the 56 per cent of civil service posts meant to be reserved according to the new law, 30 per cent were to be given to the descendants of the veterans.
“We believe this is an injustice, given that these groups – minorities, of different abilities, descendants of veterans and other groups included in the new quotas – include only 2 per cent of the population and the remaining 98 per cent would have to compete for 44 per cent of civil service jobs”, the students emphasised, demanding that the reserved figure be set at 10 per cent.
Demands were made for the punishment of those policemen  responsible for the repression against those who started spontaneous protest marches and blocked main roads in different localities in what, for observers, was the greatest challenge to the lady Prime Minister in the past decade. It was seen as greater even than that of the Islam-inspired opposition whose political affiliations, such as Jamaat e Islami, were severely repressed and practically excluded from Parliament. Also in past years they used the judiciary against their leaders accused of collaborationist attitudes during the brief but bloody war of liberation from Pakistan and of having taken an active part in the massacres and violence against Bangladeshi civilians that accompanied it. It is estimated that there were at least 300,000 deaths among non-combatants in that conflict won by the independence movement led by Mujibur Rahman – father of the present premier and later assassinated – with the decisive intervention of Indian armed forces approved by Indira Gandhi. (S.V.)