The Church, though still in its young age, is very dynamic, vibrant, and efficient. Two important challenges: a new missionary élan and dialogue with modern society.  Particular attention to the youth.

Catholic missionaries from Portugal accompanying the soldiers in their discovery expeditions, around 1482, were the first protagonists of the Catholic Presence in Ghana. Still today, two great and well-preserved monuments mark their arrival: Fort St. Jago and St. George’s Castle, both at Elmina and not too apart from each other.
These two renowned monuments as the first major European constructions in tropical Africa are still today solidly standing and denouncing the evil of slavery that is still the shadow of Europe’s shameful slave trade from Africa to the Americas.
This missionary drive assumed by these Portuguese Catholic missionaries yielded few converts to Christianity mainly because the Traditional Religion had a very well-established and deep foundation that gave meaning to all dimensions of their lives. Moreover, the missionaries were easily seen as the occupying and oppressing power that could not bring anything meaningfully good into their lives. 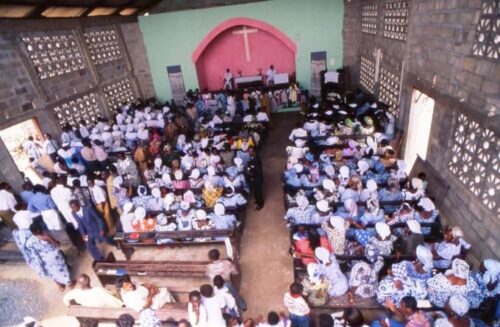 The Roman Catholic and Anglican missionaries came to the Gold Coast practically at the same time in the 15th Century. Islam was the first Abrahamic monotheistic religion to arrive in Ghana. Its presence in Ghana dates back to the 10th century.
Though the first Catholic presence dates from the XV century, history shows clearly that it was only in the second half of the eighteenth century that the Church took root in Ghana and, moreover, spread in a relevant and transforming way.
In 1880 the Missionaries of the Society of African Missions (SMA) arrived and opened missions in Elmina, Cape Coast, and Keta. In 1906, the Missionaries of Africa (White Fathers) started evangelization in the north.  In 1943 the Prefecture Apostolic of Accra was established and entrusted to the Society of the Divine Word. In 1974 the Comboni Missionaries of the Heart of Jesus (MCCJ) arrived and opened a mission in Abor in the southeast. Since the beginning, the Catholic Church was involved in First Evangelization, Health, and Education. 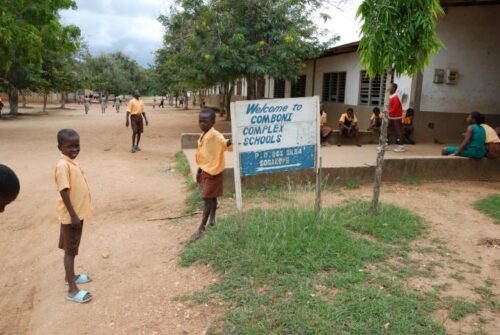 Today the Church runs more than 4,600 primary and secondary schools, colleges, and universities, in which only 25% of the students are Catholic; it also owns 27% of the health facilities, including clinics, hospitals, and dispensaries, and also operates in the most remote areas.
The Catholic Church today has a Latin Hierarchy joined in a national Episcopal Conference, namely the Ghana Catholic Bishops’ Conference (GCBC). There are four Ecclesiastical Provinces headed by Metropolitan Archdioceses -Accra, Kumasi, Tamale, and Cape Coast- and 15 Dioceses. There is also one Apostolic Vicariate – Donkorkrom.
The greatest challenge for the Catholic is to find the best and most efficient way to dialogue with a secularised, fragile, and extremely selfish society. In this sense, it is a manifestation of the openness of the spirit of synodality (Synod: 2021-2024) that is breathed in the Church, which realizes that we all have to walk together. The message of these times can be summarized in two points.
The first is the need for a new missionary élan; an élan that is missionary and opens a new and credible way to find and express the joy of proclaiming the Gospel, of preaching it in deed and in words,
wherever life happens. 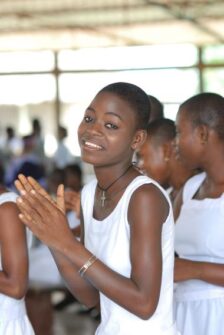 The second, to meet in a process of openness to, and dialogue with, modern society. The Ghana Catholic Bishops’ Conference (GCBC) in a document titled ‘Politics for nation building and social cohesion in Ghana’, states: “We urge all Ghanaians to work consciously towards peacebuilding and abhor the acrimonious type of politics now gaining currency in our dear country…with this pastoral letter as a reminder to you, our fellow citizens, to embrace politics as an indispensable tool for nation building”.
About politics of ethnicity, they pointed out: “We should avoid the negative and highly divisive politics of ethnocentrism, mud-slinging and, attacks on ethnic groups and personalities… Let politics focus on issues that serve the greater good, that will bring unity and peace, development and dignity to all our fellow citizens and even the ‘stranger’ living in our midst”. About interfaith dialogue, the bishops insisted “on mutual collaboration among Christians, Muslims, Traditional Leaders, and all other Faith-Based Organisations in the country for peaceful co-existence and the common good”.

Challenges and opportunities
These two challenges are related to the youth and women. To work towards the dignity of women in the Church and society, it is essential to let women have a voice. In his Post-Synodal Apostolic Exhortation Ecclesia in Africa, the then pope John Paul II pointed out: “The pastoral care of youth must clearly be a part of the overall pastoral plan of Dioceses and Parishes, so that young people will be enabled to discover very early on the value of the gift of self, an essential means for the person to reach maturity…” (EIA 93). Pope John Paul II, made it very clear that, “The Church in Africa knows well that youth are not only the present but are the future of humanity. It is thus necessary to help the young people to overcome the obstacles thwarting their development: illiteracy, idleness, hunger, drugs…” 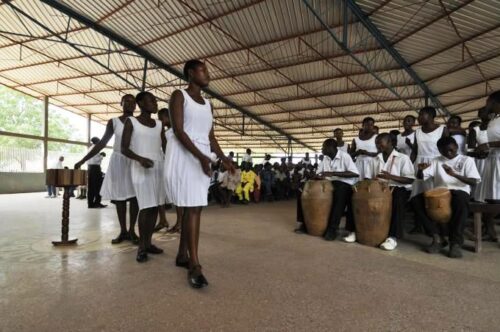 The huge importance and influence of the Mass Media today in Africa makes it clear that more than ever the youth appear as the part of society that can easily be manipulated. Unfortunately, very often, most of the youth are miserably controlled, used, and abused by political and financial imposing powers.
This is why an effective and efficient pastoral direction is so urgent. Though the way forward seems not easy to find, the Church gives clear signs that it believes in its youth, and it is completely interested in them. The Church knows that to equip and enable young people as disciples of Christ to fulfil their mission in the Church and in the World, there is a need for a conscious, systematic, and co-ordinated training programme based on scripture and sound Catholic teaching to be in place. This programme must aim at supporting and motivating them to achieve their full potential spiritually, morally, physically, socially, economically, emotionally, and intellectually.