The continent has the highest percentage in the world of deaths in road accidents which kill many more people than viral infections. The causes are many with bad roads, insufficient policing, drunkenness and old vehicles.

In Africa, the increase of mobility with automobiles, people moving from place to place, and roads under construction, brings a corresponding increase in fatal accidents. Roads kill more people than tuberculosis or HIV/AIDS.  At least this was true before the Covid-19 pandemic.
The Sub Saharan continent is the one with the highest rate in the
world of road deaths. 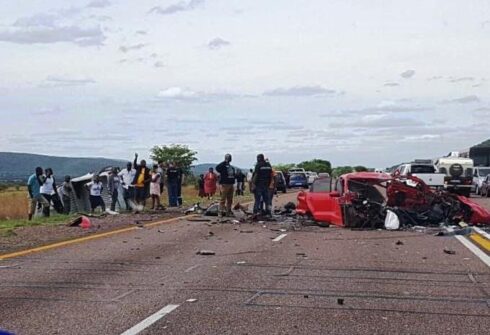 It amounts to 26.6 deaths per 100,000 inhabitants as compared with 9.3 in European countries. This is more than 20% of the world total. This means – the Africa Transport Policy Program reveals –  that there are 650 deaths every day,  half of which concern pedestrians (39%), cyclists and motorcyclists. The negative effect on the economies of the states must also be taken into account. It is calculated that many countries have lost (and will lose) up to 3% of GNP as a result of road accidents.

Reasons for unsafe roads
The latest world report on road safety also underlines another fact: the relationship between the risk of dying in a road accident and the economic level of countries.  The lower the income (and GNP) the greater the risk. These are the main reasons: failure to implement norms and controls; a fleet of cars that lacks even the most elementary services (vehicles are often imported second or third hand from abroad). Some countries, like Ruanda, have set up inspection centres to check the condition of cars.  The state of the roads, the shortage of adequate first aid, ambulances and centres for assistance and rehabilitation must also be taken into account. 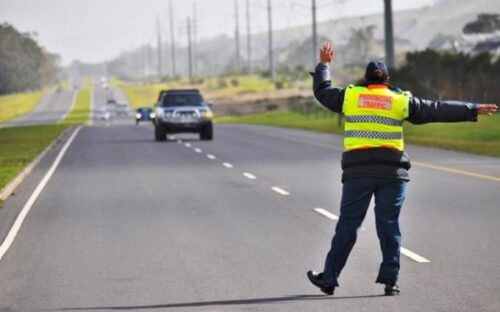 The World Health Organisation (WHO) notes that Africa is the second worst geographical area of the world (after South East Asia) as regards medical workers –  something that obviously does not facilitate any rapid response when accidents happen.
A study carried out and published by the WHO indicates that, of 44 countries studied, only 16 have a national emergency number. Furthermore, the WHO notes, the African continent has only 3% of the world’s medical personnel with an average of 4.5 doctors for every100,000 inhabitants.
Nevertheless, road transport is still the means most used due to the shortage of railways. Obviously, transport movement is easy or difficult (and relatively safe) depending upon whether the area is rural, or urban. The problem is complex and involves various factors.

Implementing the Road Safety Charter
The question is where to start.  By implementing the Road Safety Charter adopted by African countries in 2016, affirms the Commissioner for Infrastructure and Energy of the Africa Union Commission (AU), the Egyptian Amani Abou-Zeid.  To come into force, the document must be ratified by at least 15 of the 55 countries of the AU.  To date, there are only 13 signatories. 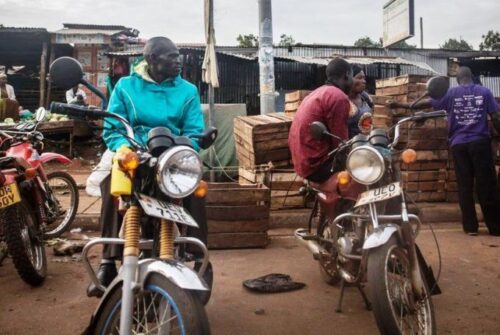 The 31 articles of the Charter are a reference framework which, among other things, requires the member states to reinforce preventive measures and post-accident hospital services.  This plan of action is proceeding very slowly. Similarly, it is clear that the goal set by the 2030 Agenda for Sustainable Development, which plans to reduce by 50%, before the end of 2020, deaths and injuries due to road accidents, will not be met.  Paradoxically, it has been found that the number of properly registered vehicles in Africa amount only to 3% of the world total.

Demographic explosion in the cities
What will happen in the future with the pace of urbanisation we are witnessing?  It is estimated that, by the end of 2040, there will be at least an increase in half a billion in the urban population.  Only a handful of countries have norms – in agreement with the discipline established by the WHO  –  that regulate speed limits on urban roads; the same is true for the use of helmets and safety belts. More tragically, there is a widespread tendency to break all such laws in the certainty that there will be no prosecution. In some countries, it is not hard to bribe the police, even if road checks are continual and organised. 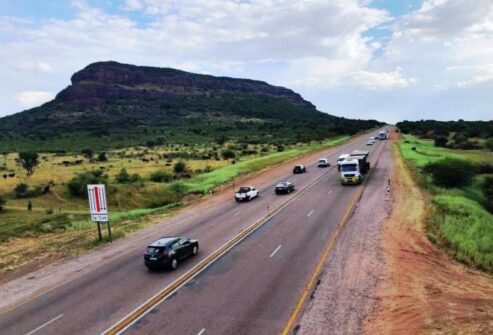 The problem is that ‘an agreement’ is often reached and so cars, lorries and public transport vehicles are stopped, ‘checked’, and then allowed to proceed, even though they are a danger to everyone. Another factor that increases the number of deaths in road accidents is drunkenness for which no country has regulations – except Burkina Faso, which has laws according to standards set by the WHO  –  or the total lack of safety measures for children who are travelling (only Angola has laws aimed at the protection of children in cars and it is forbidden to have them sit in the front). With such complicit or futile checks, it can happen that one may drive around without a licence. In the month of May alone last year, in Lagos, there were 60,000 cases of people driving without a license.
Apart from personal responsibility, much of the problem of road safety is connected to the state of the roads and the lack of road maintenance. There are in the pipeline, at present, as many as 391 large road construction projects with an investment value of 467.6 billion dollars. Others are also being planned. The realisation of such infrastructure is therefore experiencing a boom in almost all Sub Saharan African states. The projects are being financed by governments (with the help of investment programmes of the World Bank), the African Development Bank (AfDB), and China, which is investing an amount equal to 23.8% of the total, and also agencies, institutions and countries with close bilateral agreements.