Nobody appears to have any clear plans for Syria. Indeed, the ignorance extends to the entirety of the Middle East. But, it’s clear that the reason why U.S. troops remain in Syria is Iran.

The Americans have tried to justify their considerable effort to shape events in the Region since the end of World War II, but they produced more ‘rhyme’ than ‘reason’. They have often repeated the same mistakes; especially, since the 1970’s, when they decided to encourage an Islamic political revival to contain a growing influence of the Soviet Union. This is the prism through to observe the U.S. administrations’ encouragement of the Muslim Brotherhood in Egypt at the expense of socialists and communists in the universities that culminated in the assassination of President Anwar Sadat. 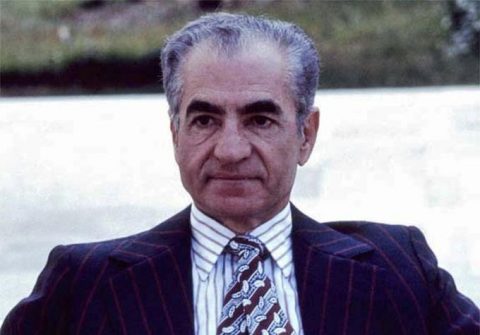 That need to contain the USSR also prompted such experiments as the mujahedin in Afghanistan. It was the trap that became one of the main reasons of the Soviet demise a mere decade later. The Americans’ failure to help their Iranian ally, Shah Mohammed Reza Pahlavi, can also considered a deliberate effort to fuel chaos in the region after the Iranian monarch revealed ambitions that Washington considered too nationalistic for American interests.
In hindsight, of course, the experiments failed miserably. The mujahedin paved the way for the Taliban in Afghanistan.
Egypt and other Arab States were forced to confront a political opposition that exploited the mosque as a base to spread its ideas, while Shiite movements – only partly inspired by the Iranian Revolution – rose against the social and political status-quo in Lebanon. 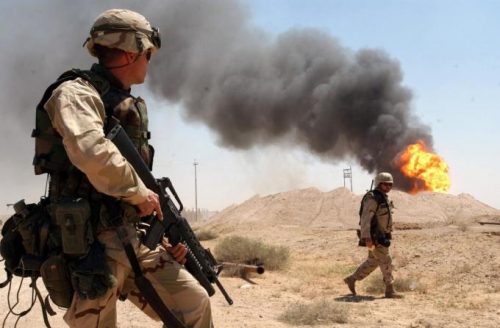 The Anglo-American invasion, which Washington directed and produced, is the fruit of similar disruptive efforts. What few realize is that Iraq was merely the first target. The ‘intellectuals’ that inspired the administration of George W. Bush, the likes of Bernard Lewis, Richard Perle, William Kristol and even Prime Minister Benjamin Netanyahu saw the need for a reshaping of the Middle East. The 1996 paper, ‘A Clean Break : A New Strategy for Securing the Realm’ was at the origin of the Iraq invasion of 2003. With communism having been defeated, the goal became to spread western values, ‘democracy’, to the Middle East. The idea was that with more democratic neighbours, Israel could feel more secure. The problem was how to convince the American public to go along with such a plan. The paper outlined the need for a ‘Pearl Harbor’ like event to cement American sentiment against the dictatorships of the Arab world and Muslims in general.
The attacks of September 11 provided that narrative. And Iraq fell accordingly. The destruction came, but democracy has fallen a little short of the target; stability remains a chimera. Nevertheless, Iraq and Syria are bit sideshows to the main event: Iran. Syria’s instability is not an accident. The United States and its main ally, Israel, (and not necessarily in that order) want to sustain the chaos in Syria to block Iran. The Iranian nuclear program is just one of Tel Aviv’s concerns. It’s not even the most important one, but it’s an important pretext around which to engage the United States into a mutual anti-Iranian strategy. Prime Minister Netanyahu has found a willing ally in the White House, who will put Israel’s interests above those of the United States vis-à-vis Iran.

The Iran Nuclear Deal and Its Discontents

Many American corporations praised the 2015 5+1 Nuclear Agreement signed by Tehran and the Five Permanent Members of the UN Security Council (plus Germany). Boeing signed a $30 billion agreement with Iran Air to sell dozens of airliners, while American oil majors like ExxonMobil (whose former CEO is U.S. Secretary of State Rex Tillerson) were eager to help Iran develop its oil fields and petroleum refining capacity. In other words, apart from having found a way to contain Iran’s nuclear ambitions, Washington had opened a lucrative market, which had been off limits for over 35 years. While on January 12, 2018 Trump has reviewed and given the Deal six more months, he warned that when the deal comes up again for renewal he will ‘pull the plug on it’ if the other partners don’t fix its “terrible flaws”. He wasn’t specific, but Iranian media are reporting Trump plans to block the Boeing aircraft sale, which adds authority to his threat about the nuclear deal. The EU, for its part, has no interest in the hard line; and China, which imports much of its hydrocarbons from Iran, will find it difficult to change the terms of the nuclear deal. But, there is a logic to Trump’s madness. 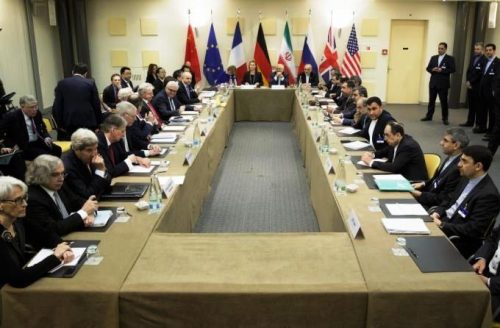 George W. Bush started the process in Iraq (and Afghanistan) and Obama, unwittingly, could extricate the U.S. from the region. Yet, for reasons beyond the scope of this dossier to discuss, Trump is intent on dismantling whatever symmetries were left in the Middle East. He seems to be going about it stages. The declaration concerning the recognition of Jerusalem as the Israeli capital on December 6, 2017 did much to endear the Knesset and Prime Minister Netanyahu’s administration, even at the cost of alienating the Palestinian partners in the ‘peace process’. More importantly, the Jerusalem Declaration has heralded a new Israeli-American security partnership aimed both at blocking Tehran from acquiring atomic weapons and at obstructing Iran’s reach in the region through Hezbollah (in Lebanon) and the government of Bashar al-Asad in Syria. Therefore, as far as Tel Aviv is concerned, Syria, even more so than in the past decades, has become the ‘gateway’ to Iran. (A.B.)