Every year, young students from Madagascar participate in the sports and cultural competitions that take place on the occasion of the National Days of Catholic Education.

Inhabitants of Toamasina, the populous port city of eastern Madagascar, formerly known as Tamatave, are not particularly interested in the upcoming Tokyo 2020 Olympic Games. They are much fonder of their ‘local Olympic games’, which take place in the facilities of the Stella Maris School of the Brothers of La Salle, during the National Days of Catholic Education. 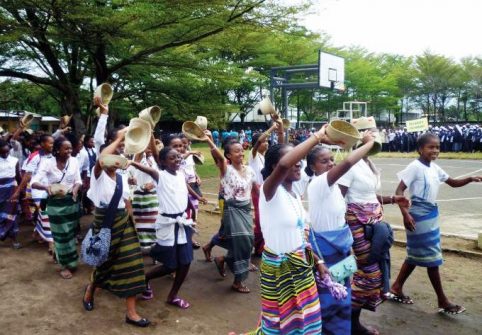 This is an event that, every year, attracts nearly 3,000 people from all corners of Madagascar and whose purpose is favouring the gathering of the many students of the Catholic schools of the dioceses in the country. “The event helps to establish ties among all participants“, as Father Jules Ranaivoson, the person in charge of the National Direction of Catholic Education (DINEC), who organizes the event explains. “The sports and cultural competitions that are hold in Toamasina are an occasion to share the immense cultural richness that characterizes the different regions of the country.  The event is an opportunity for sharing friendship, culture and sports and for ethical and social reflection as well. Last year’s edition’s motto was, ‘Wealth is a blessing when it benefits everyone, – adds Father Jules Ranaivoson. 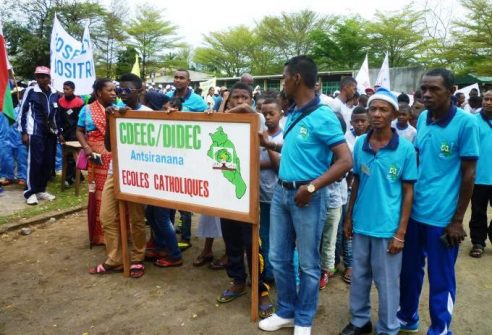 The motto was an invitation to solidarity. The National Days of Catholic Education event is an opportunity to meet students of all religions, since Catholic churches in the country are open to all, Catholic and non-Catholic students alike, as the enthusiastic attendance of several veiled girls at these competitions shows. The flag-raising ceremony opens the National Days of Catholic Education: the flag of Madagascar is raised first and then that of the Vatican State and that of  the Malagasy Catholic School. The raising of the three flags is accompanied by the singing of  the respective hymns by the attendees. Then the Eucharist service follows.Sports games, which include football, basketball and athletics, are performed in the mornings, while, cultural competitions, which dance, music and singing performances, unfold in the afternoons. 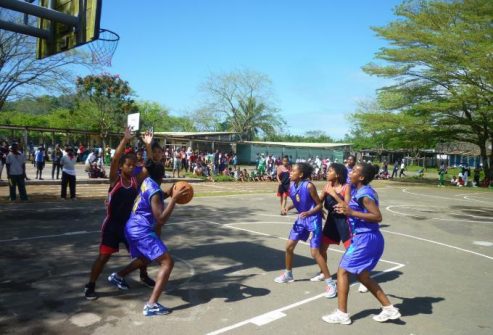 The ‘Questions for a champion’ contest, which is inspired  by a very popular program of the Malagasy television, concludes all the competitions. In last year’s edition, ‘Catholic Religion’ and ‘Education for Life and for Love’, were the two themes chosen for the contest,  subjects that are taught in all the Catholic centres of the country. So while the mornings of this event are characterized by sports passion, the afternoons are the moment for a great performance of the rich, beautiful and varied traditional Malagasy culture, through the colourful costumes of performers and through the several dances, very different from each other according to their roots: from the rhythmic dances of African origin to the delicate choreographies from Asia. The National Days of Catholic Education show how the Malagasy Catholic school is very active and that it serves all citizens, without distinction of origin, class or religion; its students are educated to become good and supportive citizens, and at the same time people who respect human and evangelical values.