In the last three months, eight priests and dozens of Christians have also been killed.

At least 24 people were killed when an armed group attacked the church of Notre Dame de Fatima in Bangui, capital of Central African Republic, on May 1. Father Albert Toungourmale-Baba was among the victims. The church is not far from the PK5 district, inhabited mostly by Muslims. The incidents broke out when the security forces stopped a vehicle carrying Moussa Emperor, a member of a self-defense militia of the PK5. In trying to escape the arrest, he was wounded by the military. His men then attacked the security forces and unleashed the violence against civilians. 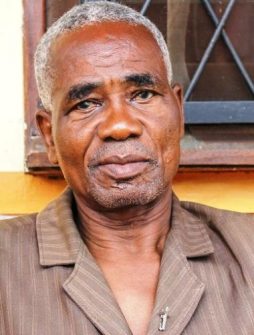 Then a group of militias attacked the parish of Notre Dame de Fatima, not far from the accident, with gunfire and grenades while Father Albert Toungoumale-Baba and some faithful were celebrating Mass on the occasion of the anniversary of St. Joseph.
Witnesses said : “Filled with panic, some Christians began to flee until bullets and grenades began to fall in the parish grounds, trapping those who remained in the compound”.
After the attack, the militia men fled. A crowd of thousands of angry, shouting protesters gathered, decided to transport the body of the priest killed to the presidential palace but they were dispersed by the police.
Cardinal Dieudonné Nzapalainga, archbishop of Bangui said: “I strongly condemn what happened in Notre Dame de Fatima parish. I appeal to the government and MINUSCA (UN Mission in Central Africa) to investigate into the matter”.  The Cardinal pointed out: “Behind these events, I ask myself questions: what is happening? Have there been manipulations, exploitation? Is there a willingness to divide the country? Is there a hidden agenda? Let us look for answers to these questions together”.
However, the Cardinal raised the hope that “in difficult situations such as this, heroes arise, and I do not doubt that heroes exist in the Central African Republic, so that they stand together to say no to violence, no to barbarism, no to self-destruction”. 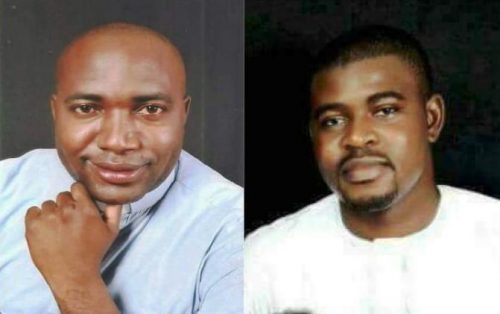 In Nigeria, in the village of Mbalom, in Gwer East Local Government Area, Benue State, which is part of the so-called Middle Belt in central Nigeria that divides the mainly Muslim north from the south where the majority of the people are Christian, another massacre happened at dawn on Tuesday 24 April.
The attack occurred during the 5.50 daily morning Mass, always well attended in the parish of St Agnatius Ukpor-Mbalom The service had only just begun and people were still arriving. Suddenly gun shots were heard as armed men broke into the church while in the panic people tried to escape. However 19 people, including Father Joseph Gor and Father Felix Tyolaha, who were celebrating the Mass, were killed in cold blood. Many more were wounded. After attacking the church the criminals torched the village destroying at least 60 homes and hay lofts. The people fled to the nearby villages in search of safety.
Following a massacre at a church, the catholic bishops asked, “How can the federal government stand back while its security agencies deliberately turn a blind eye to the cries and wails of helpless unarmed citizens who remain sitting ducks in their homes, farms, highways and now even in the holy places of worship?”
“It is time for the President to choose the path of honour and consider stepping aside to save the nation from complete collapse”. With these words the Bishops of Nigeria demand the resignation of President Muhammadu Buhari.
The Nigerian Bishops express anguish, grief and anger. “These innocent souls met their untimely death at the hands of a wicked and inhuman gang of rampaging and murderous terrorists who have turned the vast lands of the Middle Belt and other parts of Nigeria into a massive graveyard”. A few day before, Father Gor tweeted: “We live in fear the Fulani are back in the area of Mbalom. We have no means of defending ourselves”, the tweet said. “Their desperate cries for security and help went unheeded by those who should have heard them”, say the Bishops, referring to the two priests killed. “They could have fled but true to their vocation they remained to continue to serve their people right unto death”.The Bishops accuse the federal government and its security agencies of being responsible for the insecurity.
“Today we Christians feel violated and betrayed in a nation that we have all continued to serve and pray for”. “If the President cannot keep our country safe then he automatically loses the trust of the citizens”, say the Bishops calling on the President to step down.
Several priests have been abducted in Nigeria in recent months. Most recently, the parish priest in Benin City, Fr. Omorogbe, was kidnapped by gunmen on April 18. He was released on April 22. In Cote d’Ivoire a Catholic priest was killed in a road robbery on 23 April. Fr Bernardin Brou Aka Daniel was assistant parish priest at Sacred Heart Parish Koun-Abronso diocese of Abengourou, in the east of the country. 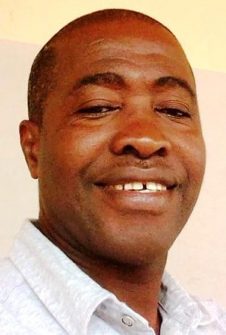 On the evening of 23 April, Father Bernardin was returning to his parish on the Agnibilekro-Koun-Fao road after taking part in meetings in Abengourou. With him in the car was Fr. Théophile Ahi. At about 10 pm local time in the town of Nianda, just after the village of Apprompronou (some 30 km from Abengourou), the car carrying the two priests was forced to slow down because of a truck stranded in the middle of the road. Fr. Bernardin who was driving tried to avoid the obstacle but was hit by shots fired by two armed men who appeared all of a sudden. The wounded priest was made to stop, the bandits asked the priests for money, Fr. Bernardin replied that they were not carrying much money. Without warning the bandits opened fire and the priest was hit in the abdomen.The criminals were forced to interrupt the attack when a second vehicle appeared. Rev. Bernardin, who was losing blood fast resumed his place at the wheel, managed to reach Agnibilékrou where he was admitted to the local hospital where, despite the efforts of doctors, he died of his wounds.
A Catholic priest was found shot dead hours after he said Mass in Democratic Republic of Congo, the latest in a series of incidents in North Kivu province.“Fr Etienne Sengiyumva was killed on 8 April by the Mai Mai Nyatura [militia] in Kyahemba where he had just celebrated a Mass including a baptism and a wedding”, Fr Gonzague Nzabanita, head of the Goma diocese told Agence France-Presse.
The murder occurred three days after Father Celestin Ngango of St Paul Karambi Parish, abducted just before Easter, was found unharmed by villagers. Local authorities said that Father Ngango’s release was secured by pressure from the local villagers. Father Ngango was the sixth priest abducted in the eastern DRC since 2012 and one of the few abductees in the region to be released. 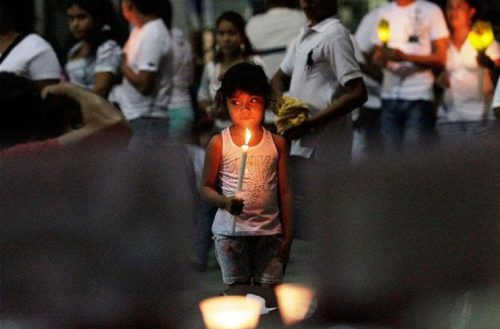 Mexico has become the most dangerous country in the world for priests and religious.  From 2012 until today, twenty three priests have been killed in the country. On April 20, Father Juan Miguel Contreras was shot to death inside a church on the outskirts of Guadalajara, as he was hearing confessions. The day before, Father Rubén Alcántara, Vicar General of the Diocese of Cautitlan Izalli, outside Mexico City, was stabbed to death.Fr. Rubén Alcántara Díaz, 50, judicial vicar of the diocese of Izcalli, in the municipality of Cuautitlán (Mexico), was murdered on Wednesday, April 18, with a knife, just before the 7pm Mass that he was to celebrate in the church of Nuestra Señora del Carmen, in the district of Cumbria.
Father Fabila Reyes, 83, who had been reported kidnapped has been found dead on 25 April in the town of Cuernavaca, in central Mexico. He was taken in Cuernavaca, in the state of Morelos, one of the most afflicted by organized crime. His family reportedly paid a ransom of over $100,000. A preliminary investigation shows he couldn’t survive the conditions he was kept in. 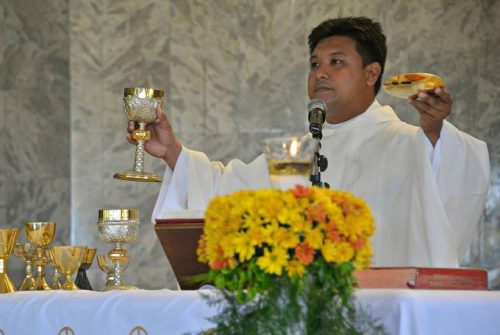 In the Philippines, a young Catholic priest was shot dead in Cagayan province on Sunday, becoming the second cleric slain in around four months.Fr. Mark Ventura, 37, was murdered at about 8:15am right after celebrating Mass at a gymnasium in Brgy, Peña Weste, on the outskirts of Gattaran town. The priest was blessing children and talking with the choir members when a still unidentified male donning a motorcycle helmet emerged from the back of the gym and shot the victim twice. Father Ventura was the director of San Isidro Labrador Mission Station, a post he only assumed early this month, in Mabuno village, also Gattaran. A priest for almost seven years, he was also known for his anti-mining advocacies and for helping indigenous peoples in the province. (C.C.)