The Suez Canal has always been strategically important for Egypt and the whole area. Before the end of 2023 it is planned to widen the canal which will allow an increase in daily ship traffic, with important consequences for trade and profits.

The strategic importance of the Suez Canal has ancient roots. Works to join the Mediterranean to the Red Sea were undertaken by the Persians and the Egyptian Pharaohs, to connect the two great water basins of the Middle East, but were never completed. It was in 1859 that, under the direction of the Frenchman Ferdinand de Lesseps, the project of the Italian Luigi Negrelli was carried out, bringing Egypt to share ownership of the Canal with more than 20,000 French shareholders. The work certainly facilitated the European colonisation of Africa (the time necessary to reach the Horn of Africa by ship was more than halved) and increased the amount of merchandise from the Far East. 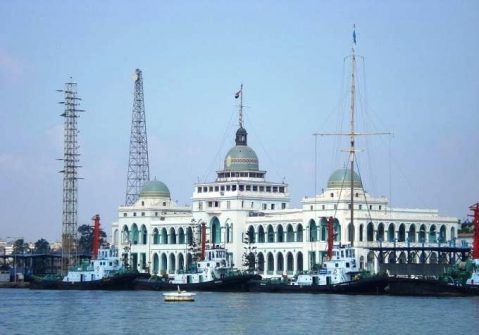 Following the indebtedness of Egypt towards Britain in connection with the storage of goods, a significant share in the Canal was sold to the British Crown which then took control of the Canal, reorganising and increasing Canal traffic. The situation remained unchanged until the nationalisation of the Canal by President Nasser and the subsequent conflict (Suez Crisis). The last conflict in the region (Six-day War) resulted in the arrival of UN forces and, later, of the Multinational Force and Observers (MFO) to guard the area around the Suez and allow the free transit of goods and the economic business of the region.

Resource for Egypt
From Suez on the Red Sea to Port Said on the Mediterranean, more than 10% of world commercial sea traffic flows, making the area a cardinal point for world transport and communications. In the first two months alone of 2018, 2,724 ships carried 150 million tons of goods: impressive statistics that show how important the control of the passage between the Mediterranean and the Indian Ocean is. Progress in naval technology led to larger cargoes and the need for enlargement both in terms of depth and of width for greater manoeuvrability in the Canal. 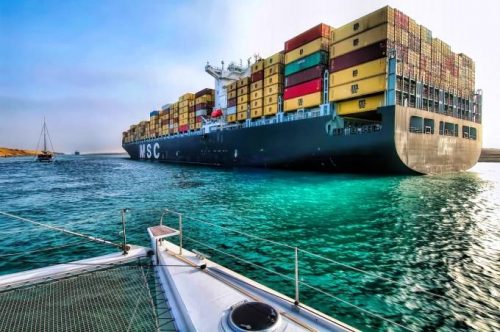 In this regard, in August 2015, the work of widening the Canal was hurriedly completed by al-Sisi, showing the need the Egyptian President had to regain popularity after a long period of government uncertainty due to the Arab Spring of 2011. However, this recent redoubling has not been lacking in harsh criticism since this recent project, and the construction of the new administrative capital (costing up to 300 billion dollars), are seen as Pharaonic works in a country where, according to the World Bank, ‘60% of the population live in poverty’.
The foreign debt is more than 90 billion dollars and economic growth is slow (inflation stands at 14,4%.).

The future of maritime commerce
About 7% of oil sold for sea transport and 13% of LNG (liquefied natural gas) passes each year through the Suez Canal. Canal authorities expect, before the end of 2023, a further increase in the average daily traffic of ships (from 49 cargo vessels to 97 daily) and of profits (increasing 10-12 billion dollars from the present 5 billion). 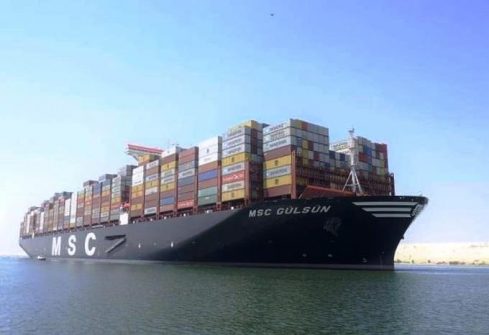 The area represents the only route for the passage of crude oil and LNG to Europe and the Atlantic. The alternative would be to circumnavigate Africa, with the consequent increase in transportation costs. The work of widening the Canal, which cost 14 billion Euro, has, in fact, cut the journey between Europe and India by 7,000 Km. Furthermore, with the deepening of the Canal (dredged to a depth of 24 metres), the latest container ships will be able to pass through. At present, they are forced to sail around the Cape of Good Hope. 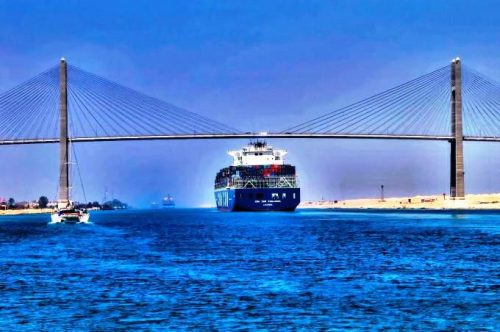 This pharaonic project will lead to the overall growth of the region, creating a million jobs in the next ten years, due to the construction of new road and rail tunnels and new port areas. These most recent developments will change forever the world of international shipping. In the near future we shall see ever larger container ships in the Mediterranean. So, too, the Asian shipyards such as those of Shanghai, Guangzhou and Hong Kong will develop ever larger ships, no longer fearing damage to the bed of the Canal which is now ready to increase its flow of traffic.