The multi-souled India of today has denied none of its souls but struggles to embrace any one of them in particular. It is ‘the largest democracy in the world’ with the three objectives that the founding fathers entrusted to it and that are to be found in the 1950 Constitution (independence, harmony and development).

It has succeeded in fully realising the first but lives the second in a disconnected and ambiguous way: consider the division into 29 States on an expanding ethnic-linguistic basis, apart from the 7 Territories of the Union directly administered by New Delhi due to their strategic importance. This, accentuated with the passage of time, may be seen as deference to democratic participation but also a concession to particularisms and their political management.
Finally, development has had to wait more than fifty years to become a reality and it is still incomplete. 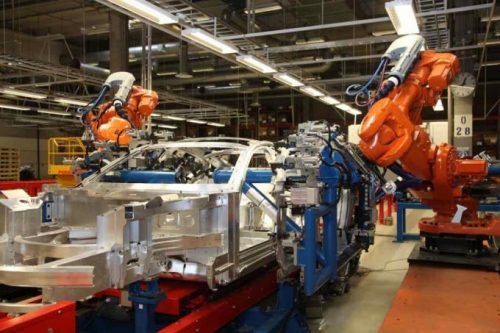 Today, the Indian economy is characterised by great diversity, as is only to be expected from a continent-sized country (having an area of more than 3,2 million square kilometres), with a great variety of environmental, climatic, human, frontier and opportunistic conditions. On the one hand there is the countryside, often backward and illiterate, where we find the beating heart of the ‘real India’ of Gandhi, where two thirds of all Indians live; on the other is the India of high technology and research, striving for a leading role in the global economy that struggles to impose itself on a ‘deep country’, immersed in ancient, all too often disillusioned but also sceptical, greatness that is increasingly mobile whether by choice or necessity. Between these we find an agricultural industry with areas of excellence, abundant artisan-type production and a multitude of professions and services mostly integrated into a caste system with its many aspects of exclusion. Emigration is a remarkable phenomenon, motivated by the dream of a less arduous life for far too many Indians. It is often a dead end that increases abuses, under-employment and exploitation but still, in many cases, also guarantees new prospects and wellbeing. 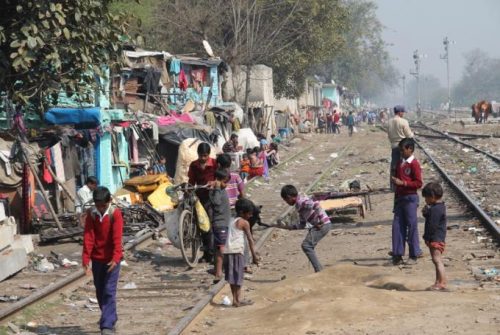 It is obvious that while in a state of widespread and dire poverty, the population is reluctant to leave the land which has often been ungrateful but which, in the final analysis, has for centuries guaranteed the survival of the majority of Indians. Nonetheless, at times not even its population has a perception of the situation or the potential of this immense country. Industrial production is growing fast and with it the wealth produced annually. In 2017 it grew by 6.7% and a growth of 7% is predicted for the current year. The Mumbai stock exchange is not only the largest financial market of the Indian sub-continent, but it is also the door to investments and an indication of the state of the country. The suspicion with which the Asian powers, led by China, Japan and South Korea (like the east of the industrialised world) once regarded the Indian colossus, has been overcome by the potential of its market and the development of joint initiatives. While today China exports abundant low-tech goods and oil to India (the interchange between the two countries has grown to as much as 61.3 billion dollars last year, with an advantage of 75% for the Chinese), the opening in Peking and other cities of subsidiary information technology companies tells a different story to that of underdevelopment and elephantine bureaucracy and sheds light upon the future bipolar prospects of Asia. 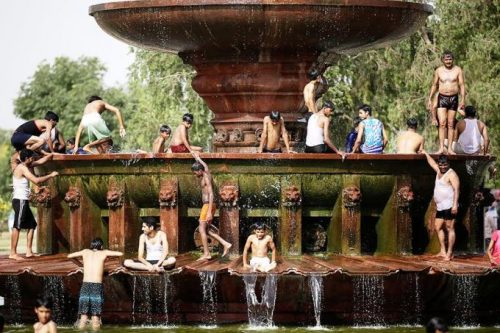 In this new vision, India has a resource to be relied upon above all others, its population. Today, more than half of all Indians are below 28 years of age. To keep employment at an optimal level, India should provide at least eight million new jobs a year, something beyond what has been achieved so far, at least in the public and civil sector. In fact, and the comparison applies especially to its closest competitor on the continental scale. China, with its one child policy has now an older workforce that attracts fewer foreign investors while India, with its many mouths to feed and its young workers, represents a rich, explosive potential. It is believed that, by 2020, the active population will amount to 64% of the population, with an average age of 29, and, if public health and economic improvements favour an increase in the numbers of the elderly, those above sixty will reach 330 million only in mid-century. 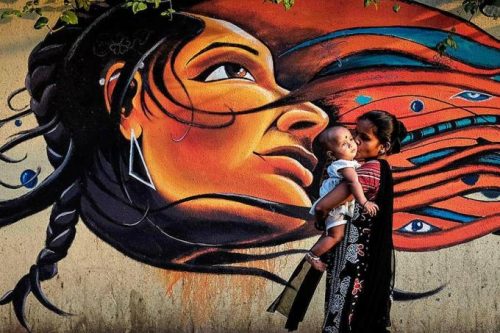 Meanwhile, the high birth rate (more children, 25 million, are born in India each year than in the whole of Sub-Saharan Africa) will probably bring the population of India, at present 1.35 billion compared with 1.21 at the 2011 census, to overtake that of China, at the highest point of the demographic curve with 1.39 billion, before 2050. The challenge now is to ensure wellbeing and motivation for such a large population and establish new game rules with both partners and rivals of the region.
At the same time, it must resolve its many contradictions which, far from being expressions of folklore or belonging, show ample areas of economic marginalisation, social-religious discrimination and cultural degradation. (S.V.)