Lake Victoria, Africa’s largest freshwater surface and a touristic marvel for its fauna, its landscapes and its rock art paintings and a large provider of food and water for the riparian populations is under threat by pollution, overfishing and climate change.

In many ways, Lake Victoria is a jewel of Creation. The Lake which was named, after Queen Victoria in 1858, by John Hanning Speke who correctly identified it as the source of the White Nile is with a surface of 69,484 square kilometres, the second largest freshwater lake in the world after Lake Superior in Canada.
Lake Victoria’s biodiversity is particularly rich. It is home to over 500 species of fish, which is more than anywhere else worldwide except Lake Malawi. It also hosts a sanctuary for chimpanzees on the Ngamba Island in Ugandan waters. The shores of the Ssese islands and of the Ugandan coast are also the home of impressive Nile crocodiles and hippos. Over 230 species of birds have been identified including the famous grey crowned crane which is Uganda’s national emblem.
Besides, the Mfangano Island in Kenyan waters is hosting a 4,000-year-old site of rock art paintings. 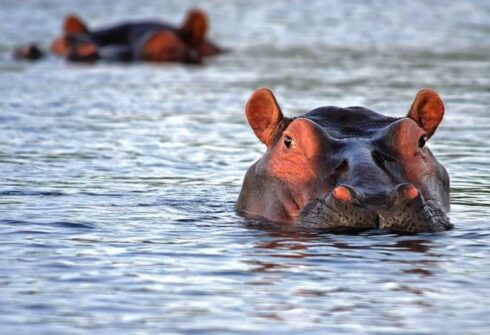 Yet, this paradise is facing several threats. The first is overfishing. Since the 1960s, when the Nile perch was first introduced, a tenfold increase of the catches occurred up to about one million tons at present (half of it are « dagaa » or freshwater sardines while the amount of Nile perches is around 230,000 tonnes). This amount is four times higher than sustainable exploitation levels, which were estimated at 250,000 tonnes by Professor Richard Ogutu-Ohwayo from Uganda’s National Fisheries Resource Research Institute. Unsurprisingly, the number of fishermen trebled from 70,000 to 210,000 between 2000 and 2017.
According to studies carried out by the University of Kenya’s Department of Fisheries and Aquatic Sciences and by Uganda’s Lake Victoria Fisheries Organisation (LVFO), overfishing triggered also a decrease of the quantities of other fish species including tilapias and cichlids which was accelerated by the carnivorous Nile perches’ predatory behaviour.
Such observations have been confirmed by the FAO which reports an alarming fall of sardine stocks by 41 % between 2014 and 2017 and a 9.5% decline of Nile perches. 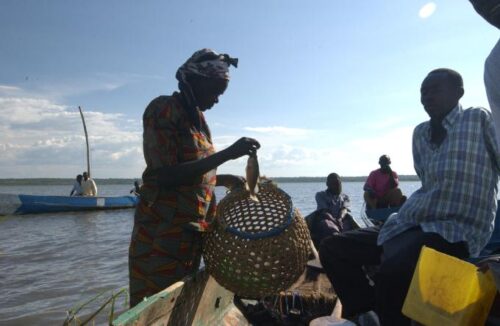 The decline of fish stocks is also caused, according to a 2008 study of the Bergen (Norway), Waterloo (Canada), Wageningen (Netherlands) and Minnesota (United States) universities and the Lake Victoria Fisheries Organisation, by the eutrophication of the Lake waters. This phenomenon is provoked by the dumping of fertilisers which have even worse effects than overfishing because of the proliferation of water hyacinths and algae which causes the depletion of fishes.
The decrease of the stocks worries the Kenyan authorities which encourage aquaculture as an alternative. The Dunga Beach Management Unit (Dunga BMU) for instance is raising tilapias in cages in the Lake. But scientists and say that faecal material from fishes grown in cages and dead fishes are causing a lot of pollution in similar environments such as Lake Michigan Pollution is the second plague of the Lake whose riparian population has increased tenfold since the 1930s up to 40 million inhabitants today. The pollution is particularly a threat for the fish stocks because of the lack of wastewater sanitation installations, deplores Richard Abila, a researcher at the Kenya Marine and Fisheries Institute. 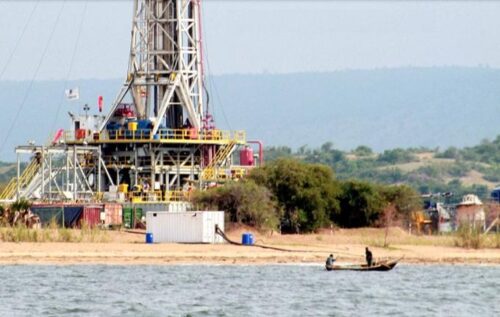 Beside aquaculture and fertilizers, pollution is also caused by pesticides, herbicides and plastic bags. One of the most dangerous ones is the mercury used by the gold panners of the Olini region in Kenya, close to the Tanzanian border which contaminates the local rivers and ultimately the Lake. “If nothing in the next 50 years if nothing radical is done, Lake Victoria will be dead because of what we are pouring into it”,says Peter Nyong’o, the governor of the Kisumu County.
Beside this pollution, the threat of an oil spill is increasing, owing to the project by Total and the China National Offshore Oil Corporation (CNOOC), Tullow Oil, the Uganda National Oil Corporation (UNOC) and the Tanzanian Petroleum Development Corporation (TPDC) to build a 1,445 km long pipeline between the fields of the Lake Albert area in Uganda and the Tanzanian terminal of Tanga on the Indian Ocean.
The East African Crude Oil Pipeline (EACOP) will cross several rivers of the Lake Victoria basin including its main tributary, the Kagera River and run along the Lake for over 450 kilometres. This raises the concern of several environmental NGOs and Oxfam International which accuses the promotors of the pipeline project to have selected a construction method which is the cheapest and the not safest one accordingly.
According to Oxfam, 12,000 families who live either on the shores of Lake Albert or along the pipeline may be negatively affected.
The risk is also to contaminate the White Nile, downstream since Lake Victoria is its main reservoir. 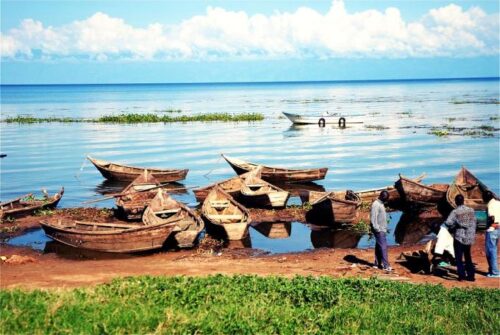 An oil spill would be a catastrophe for the fauna of the lake and the riparian populations which get their water supply from it, either to irrigate fields or provide drinking water to the Uganda capital, Kampala and to the cities of Kisumu (Kenya) and Mwanza (Tanzania). Moreover, in August 2019 the Tanzanian government announced plans to build a 135 km long water pipeline to bring drinking water to 263,000 people who live in 136 villages in the the North of the country.
In a letter published in November 2016, by the Science magazine, 70 researchers from 17 countries warn against the danger of oil exploitation for environment and the local communities of the Great Lake. In the case of Lake Victoria, Sixtus Kayombo from the Prospective College of the University of Dar es Salaam and his danish colleague Sven Jorgensen from the Royal Danish University of Pharmaceutical have established that the flushing time (the time required to replace the freshwater) of the lake is 123 years. This means that the negative effects of an oil spill could be felt during more than one century.
The illegal exploitation of the sand of the banks of the lake by construction companies are provoking their collapse and degrade ecosystems, in particular on the Ugandan coast. It has provoked changes in the stream speed and an acceleration of the erosion in the White Nile, downstream, and also an increase of sediments and perturbations in the development of aquatic fauna which reduce the penetration of light and reduce thereby the breeding opportunities among the fish populations. 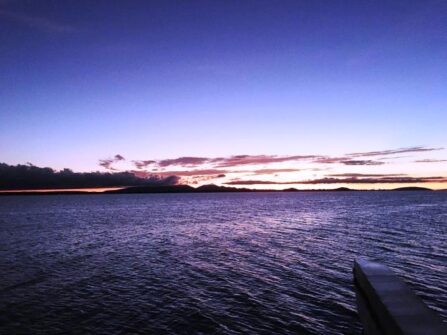 Climate change is the ultimate threat for the lake, its fauna and flora and its riparian populations. Scientists predict that temperature will rise in the region by 1° C to 5°C within the next hundred years. As a result, evaporation is expected in increase which may lower the lake levels, especially if lower rainfalls occur at the same time, warns Emily Beverly professor at the Department of Earth and Atmospheric Science of the Houston University.
Emily Beverly and her team say that in the worse case scenario, within ten years, the lake could stop to flow into the While Nile which is the only outlet of its waters. Consequences could be disastrous for downstream countries since Lake Victoria is the largest provider of water of the Nile River, except during the rainy season on the Ethiopian highlands between July and October. The large Jinja hydropower plant on the While Nile would stop operating.