Those opposed to the regime of President Daniel Ortega have reported electoral fraud in view of the presidential elections to be held next November. Economy in crisis. Covid-19 out of control.

Ortega has been in power since 2007 and has violated the Constitution to remain in power. The elections of 2011 led to the election of Ortega.  In 2014, the National Assembly passed a change to the Constitution which allowed Ortega to stand for a third consecutive term. In November 2016, Ortega was elected for his third consecutive term (his fourth in all).As to the next presidential elections, Ortega has already declared himself a candidate. He controls all the powers of the state: executive, judiciary and electoral, as well as the police and the army. 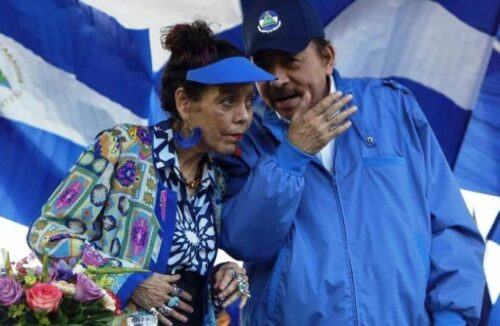 President of Nicaragua Daniel Ortega and his wife and Vice President Rosario Murillo preside over a rally in Managua, Nicaragua. (Credit: Alfredo Zuniga/AP)

As Ortega trampled upon the law and oppressed the citizens so they could not hold public demonstrations, the eyes of the international community do not seem to see that small Central American country, the second poorest in all of Latin America. This went on until April 2018 when the people demonstrated en masse in the streets against reforms harmful to social security. The government responded by severely repressing the people using the police and paramilitaries, causing at least 325 deaths and exiling more than 100,000 people. Since then, the international community has paid more attention to what is happening in Nicaragua. The United States, the United Kingdom, Canada, the European Union, and other members of the international community have constantly condemned the Ortega-Murillo government, introducing sanctions against the main functionaries of the government of Daniel Ortega, starting with his wife, Vice-President Rosario Murillo.
Dora María Téllez, a former comrade-in-arms of Ortega, says that to resolve the political crisis, Ortega might embark upon electoral reforms for which the Organisation of American States demands he complete before the end of May 2021. 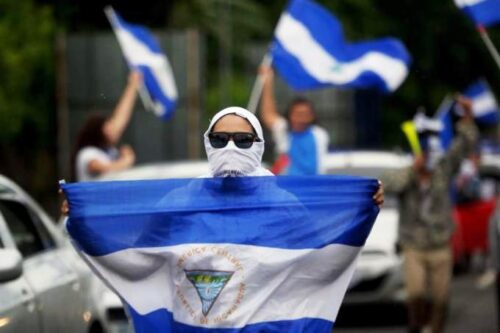 Among the electoral changes demanded by the opposition is that of electoral observers which Ortega deliberately excluded, both national and international. This change is a priority for the opposition, besides the fact that he must change the Supreme Electoral Council which is totally controlled by Ortega himself.
Téllez emphasises that Ortega has not yet decided which path to follow but he may choose electoral reforms agreed by the ‘friendly’ opposition or reform it unilaterally. In the view of political analyst Carlos Tünnermann, Ortega will try to continue avoiding the unification of the opposition and carry out ‘cosmetic’ reforms and organise another fraud. Tünnermann does not exclude the possibility that Ortega may seek a dialogue with ‘presumed opposition members’ who accept his proposals. One of these parties is the Partido Liberal Constitucionalista (PLC) with which he was allied in the past.

Oppressive Laws
Given his complete control of parliament, Ortega has had three laws passed to keep the opposition, the media, and the people under control. The first law is called ‘Foreign Agents’. Organisations and individuals are forbidden to receive funds from abroad. The second law is called ‘Cyber Crimes’ whose purpose is to silence the social networks and cut off the media which criticise the government.  The third law imposes life sentences for what the regime calls ‘hate crimes’. This last law, however, requires a change to the Constitution since it forbids sentences of more than 30 years. It is no problem for Ortega to convince the National Assembly where he is in control to pass this law. The aim of the law is to intimidate the opposition since Ortega could qualify any action of theirs against the government as a ‘hate crime’ and imprison any adversary. 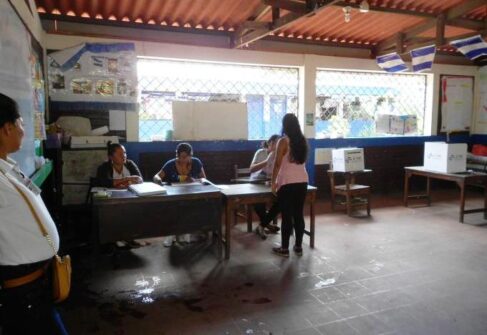 The oppression being carried out by Ortega is against all forms of opposition. Medardo Mairena, the leader of the small farmers, believes that, at the moment, the opposition leaders cannot even leave their homes or engage in any form of political activity. In this way, Mairena indicates, the regime intends to prevent the opposition from organising itself for the presidential elections of 7 November 2021.
Writer Sergio Ramírez emphasises that this sort of repression by Ortega against the opposition leaders suggests that one cannot expect transparent and just elections, since they require an electoral campaign in which people can take to the streets to hold meetings and meet the people. All of this is prevented by the police and the paramilitary forces serving the government.
Last December, the Nicaragua parliament, controlled by Sandinistas, passed a law forbidding the candidature of ‘those who lead or finance a coup d’état, try to change the constitutional order and/or approve the imposition of international sanctions against the state and its citizens’.
This law has already been described by the opposition and some international governments and organisations as unconstitutional, discriminatory and a manoeuvre to annul all electoral competition in the Central American country, to the great advantage of the government.

Economy in crisis
According to data provided by the World Bank, in 2017, Nicaragua registered a growth of 4.6 in its economy, but after the protests of April 2018, that caused violence, unpunished crimes, unemployment, exile, the closure of businesses and other economic calamities, the economy of Nicaragua shrunk by -4.0, and worsened in 2020 following the global Covid-19 pandemic.
According to the World Bank, in 2020, economic growth was -5.9 per cent and ought to experience a growth of 1.1 per cent in 2021. 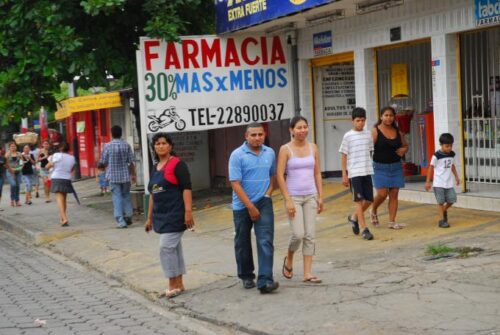 Economist Néstor Avendaño points out that there are two problems Nicaragua must solve if its economy is to recover. Firstly, the political crisis must be resolved which could be achieved by a just and transparent electoral process. Secondly, the Covid-pandemic that has sorely afflicted the country must be brought under control.
In the last two months, two hurricanes, Lota and Eda struck Nicaragua and destroyed roads leading into the countryside and especially the harvests in the Caribbean and northern Nicaragua. It is predicted that there will be a shortage of food in Nicaragua in 2021.In 2018 alone, 157,000 jobs were lost and unemployment worsened in 2020 due to the Covid-19 pandemic, causing a lowering of exchange rates, the closure of businesses, and the destruction of the tourism sector. 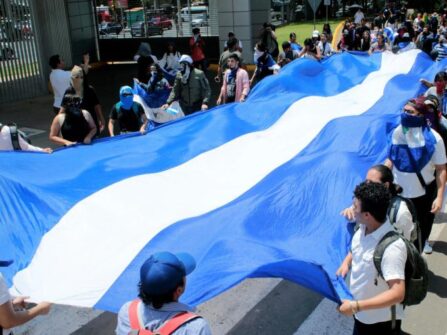 The present political panorama in Nicaragua does not promise a year of change in 2021. “Given the present conditions of repression and the high probability of non-transparent electoral process in 2021, it is very likely that Ortega will be elected”, affirms sociologist Óscar René Vargas. For his part, writer Sergio Ramírez adds: “If the conditions of repression in Nicaragua persist unchanged and there is no international reaction, Ortega will be re-elected”.
The Ortega regime “is a unique power that does not intend to show itself in democratic terms by means of internal elections that guarantee change. The elections are a farce for the sole purpose of guaranteeing the continuity of Ortega’s power”, says Sergio Ramírez, who concludes by saying that, at the moment, there are no factors which could destabilise Ortega, unless something surprising happens”.