The Gedeo are an ethnic group in southern Ethiopia. Among the Gedeo, there are three main ways to find a girl to marry.

The first way is called bultane which means in peace and full agreement. The two families are fully involved in the process. The first step is taken by the father of the future husband: the father of the young man, usually alone, goes to the home of the girl to ask for her hand. Approaching the house, he greets the family members who are at home in a generic way and then sits down on a wese (false banana) leaf, a position that shows he desires to meet the family. 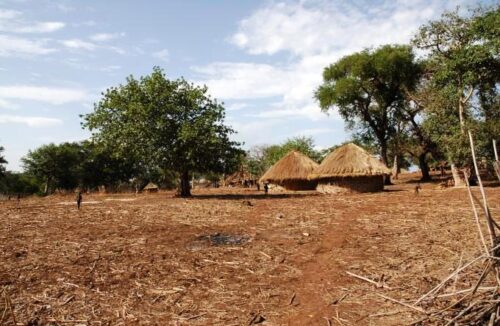 The parents of the girl understand the reason for his visit and they prepare to welcome him before he actually enters the house. After the usual exchanges the formal request is made for the girl who is to be married. The response is, however, given in a generic way such as ‘you may come again’ if the formal answer is affirmative, or ‘do not trouble yourself’, an answer that is almost formally negative. In a more extensive manner: if the father of the girl does not wish to give his consent, he says: Faro atebani: higi. Faro hoyitén: daggotte, ‘The propitious day does not give her to you, it has prevented her: go back and do not come again’. If instead he agrees, he says: Lekka abitti, ‘Stop’ which practically means:  ‘do not bother coming again. I promise you my daughter’. To confirm the agreement, he invites him inside the house. The father of the girl offers to the father of the young man a vessel full of buno, malebo, so’a (coffee, honey and barley). The father of the young man eats some of it and takes the rest home for his family members to eat.

Running away from home
The second way to obtain a girl to marry is l’addibana (in secret). Unknown to the parents, the young man agrees with the girl, but only through a third party. To gain her consent, he oftentimes must send her a dress (in the past, smaller gifts were sufficient).
In the evening, or at night, when everyone is asleep, she runs away from her home: to the agreed spot where she finds various people who accompany her to the house of friends where she will stay for some days. Usually, the man’s parents are in agreement while those of the girl know nothing of the matter until it is completed. 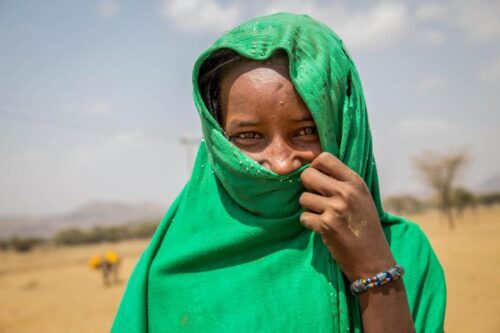 The following day, a young man goes to the home of the girl (kùlate manan) and, from a distance shouts: ‘Do not search for your daughter: she is at the house of so-and-so‘, and runs away. If the parents of the girl, on guard due to her absence, manage to get hold of him, they keep him prisoner for a while (sometimes they beat him) and the husband, through the elders, must immediately hand over one large and one small blanket (éjjanna’ dùbba). If the messenger is not caught, the payment is not urgent.Then there is the buta (by force) way. This involves kidnapping (sometimes with violence) without the consent of either the girl or any of the parents. They take her to a place far away and hide her there for some days. An elder, called a woyo, goes to the parents of the girl to make peace; he brings some money with him: if they refuse the money (a rare occurrence), the young man must return the girl. Their acceptance of the money signifies their consent.

The dowry
Regarding compensation owed to the parents of the girl (the dowry), this is the procedure. In the case of bultane, after the father of the girl has given the father of the pretender the buno, malebo, so’a, the marriage is considered complete (kako, jilatìka séra birreén). When this is the case, they fix a date (even more than a year later) and only then will the girl go to the house of the husband: It is a closer bond than engagement but not as binding as when they have lived together. The husband buys a dress for the wife only several months after she has entered his house. 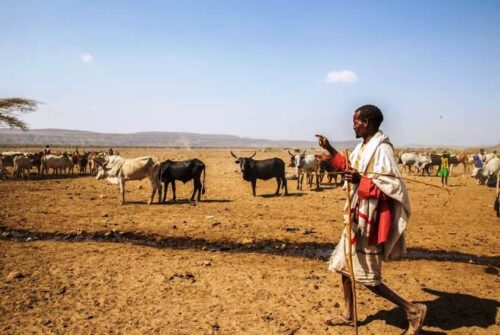 Apart from this, there is no dowry paid. In the case of addibana, if the messenger is caught, the elders must immediately bring éjjanná dùbba or the equivalent in money; if he manages to escape, they will bring the blankets one, two or more months later.
When both parties wish to conclude the agreement (always within a year), the father of the man sends the father of the girl the mésano, a small shawl or blanket (netalh), and says: ‘Jala flwo’ (Let us make peace, let us become one family).
The father of the girl accepts the mésano and they establish relations (firoma urrinsén), becoming relatives (firake kandén). He gives some butter to anoint the foreheads of the witnesses and all present; the elders conclude by giving their traditional blessings.
The bride (in the middle) is accompanied by the girls with a candle to the tent of the marriage meal.
In the case of buta, after the woyo has brought the money instead of the éjjanna dùbba to make peace, the mésano is brought as in the case of addibana. Apart from this, there is no other dowry. (C.A.)

Ethiopia. Eritrea’s involvement in Tigray exacerbates tensions with the West.

Dubai. The crossroads of African gold.

Nigeria. Islands in an archipelago.

The Gulf of Guinea: The Sea of pirates.

Ghana. Being a priest in the Venice of Africa.

Ivory Coast. Contemporary art in the city of Abidjan.

Israel. From the Semien Mountains to Mount Sion.

Africa interprets “Fratelli Tutti” for the world. As sweet as…

The Israeli strategy in Africa.

The European Union and the COVID-19 crisis in the poorest…

Since April 2020, the European Commission has defined the EU strategy to support the fight against COVID-19 globally through an action plan called Team Europe,…

Why Goats Live with Man.

The goat and his mother lived alone in their village. He said to her, "I have here a magic-medicine to make one strong in wrestling. There is…

Restore Our Earth so We Can Live.

The youth see the environmental destruction in all aspects of our lives - the air we breathe, the forest destruction, the polluted oceans, the climate change…