The Ecclesial Network for the Congo River Basin (REBAC, from its acronym in French) aims to be a response to the pastoral and socio-environmental challenges faced by the populations of this region in the heart of Africa. This ecclesial structure, following the indications of the encyclical ‘Laudato si‘, bets on a pedagogy of ecological conversion.

REBAC was founded in March 2015 in Windhoek (Namibia), during the continental meeting of the Justice and Peace Commissions of Africa and Madagascar. Cardinal Fridolin Ambongo, archbishop of Kinshasa, urged the importance for the African Church to equip itself with a structure that would work for environmental defence, following the example of the Panamanian Ecclesial Network (REPAM). In May of that year, the publication of the encyclical ‘Laudato sì’, by Pope Francis, accelerated the creation of  REBAC. 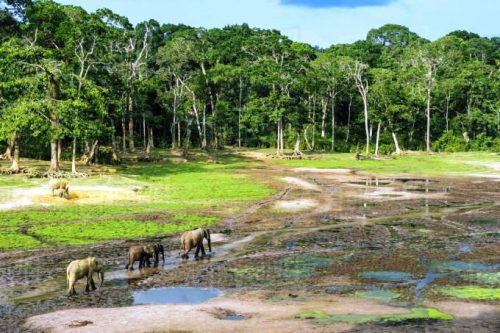 The first meetings took place in the Congolese capital. The debate between the bishops led to the creation of an organism whose action was limited, for greater effectiveness, to the 93 dioceses of six countries, those that host most of the tropical forests of the Congo Basin: Gabon, Equatorial Guinea, Republic of the Congo, Democratic Republic of the Congo, Cameroon and the Central African Republic. The  new structure, which was called  Ecclesial Network for the Congo River Basin (REBAC, from its French acronym), is part of the Justice and Peace sector of the SECAM (Symposium of  Episcopal Conferences of Africa and Madagascar) and is coordinated by the Congolese Jesuit Father Rigobert Minani.In 2017, with the aim of exchanging experiences, a delegation of African bishops visited their Latin American counterparts from REPAM. There they noted how the problems the Amazon faces are similar to those of the Congo Basin: mining and logging companies that force communities to relocate from their traditional lands, water pollution, fires, deforestation, erosions, loss of biodiversity. The African bishops lamented that while the Amazon reality aroused great interest and international solidarity, the Congo basin, the second lung on the planet, went unnoticed by the general public. However, it was not time to complain but to get to work and make themselves heard.

Presence in the Synod
When Pope Francis announced he had decided to convene a Special Assembly of the Synod of Bishops for the Pan-Amazonian Region to be held in Rome in October 2019, people working for REBAC decided to focus on the preparation for that ecclesial event. That Synod, in fact, could be the perfect occasion to raise the world’s attention about the fundamental role in the fight against climate change played by the Congo Basin, which comprises an area of nearly 4 million square km, and which holds 6 percent of the planet’s forests. 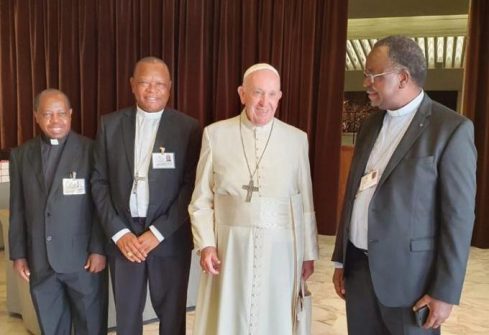 The Congolese Jesuit Father Rigobert Minani (the first on the left) with Pope Francis and two Congolese Bishops at the Amazon Synod in Rome.

A cartographic study of the pastoral and socio-environmental challenges in the region was published in September 2019. Fr. Minani and two African bishops Marcel Madila, Archbishop of Kananga (DRC), and Cardinal Fridolin Ambongo, started from this document to make the voice of Africa heard in the Synod. But the presence of REBAC was not limited to the  speeches at the Synod Assembly.  A REBAC delegation headed by four other bishops and different experts in pastoral and ecology established and maintained numerous contacts with the press and released documents and brochures on the reality of the Congo basin. Fr. Minani, in fact, acknowledges that “the work of raising public opinion carried out outside was more effective than the presence inside the Synod”. And he adds: “we wanted to warn the world that while everyone is concentrated on the Amazon, there are unscrupulous international interests that are exploiting Africa and causing serious environmental problems”.

Still much to do
Currently, REBAC has resumed awareness-raising work in dioceses. Funds have been collected to develop a pastoral for the promotion of integral ecology that, as the Pope points out in ‘Laudato si’, incorporates the human and social dimensions into all environmental evaluations. REBAC’s goal is to provide each diocese with sufficient structures and training to develop an ecclesial response to environmental issues that affect them, such as the abuse by mining companies or deforestation. “The Church must be able to sit down with others and identify the causes and those responsible for ecological problems, and at the same time it should be able to offer solutions and sensitize the local population to a responsible use of natural resources. We’ll try to spread awareness through the coordination of REBAC”, says Fr. Minani. 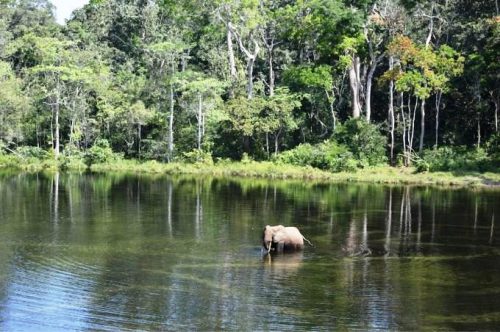 But there is still much to do. One of the problems is the low involvement of religious congregations in REBAC. Created at the initiative of the local African Church, this structure also needs the participation of congregations which, due to their international presence, would help to make Africa’s voice heard outside the continent. But perhaps the greatest difficulty encountered by the network has been the low ecological awareness of African populations, which makes it difficult to defend ecosystems. Fr. Minani regrets to confirm the weakness of Africa, where “elephants and many other animals are killed, forests are burned or cut down and nobody complains. We have a population that suffers every day from the consequences of climate change and does not know why. People are not even aware that ecological problems are partly a consequence of human activity and that, therefore, we could do something about it by acting differently”. 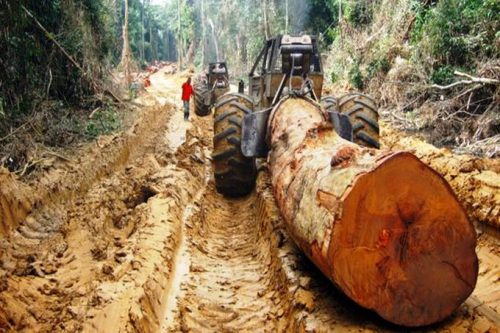 Besides, the survival of the population in Africa sometimes depends on practices that are harmful for ecosystems. For example, the surroundings of large African cities are turning into deserts because the population, due to the lack of electricity, needs to cut down trees to get wood for cooking. Furthermore, burning  forests to create fresh farmland is practiced regularly in Africa with complete unconsciousness of the pernicious effects it has on ecosystems. “One of the tasks of REBAC,” says Fr. Minani, “is raising awareness and offering alternatives. We are developing simple and realistic programs that maintain a dynamic relationship between ecology and people’s lives”.

Synergies
REBAC seeks partners in each diocese in order to carry out its work. Collaboration with politicians is very difficult because, as REBAC staff report, “they seem more interested in cutting down trees and making money than in protecting populations and ecosystems. We approach them very timidly”. “However, there are other ecclesial and non-ecclesial organizations that denounce the environmental attacks or are in a position to do so, and we are  building synergies and joining efforts with them”, says Fr. Rigobert. 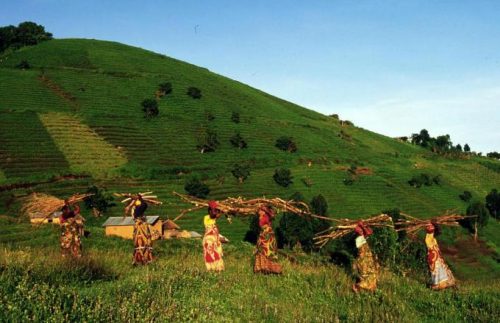 One of these organizations is Caritas, which leads a program of accompaniment for Pygmy populations in several of the countries where REBAC operates. The Congo basin is home to more than 30 groups of Pygmy people living in diverse situations and experiencing diverse problems from social integration to marginalization. These communities are part of the populations most vulnerable to changes in the jungle, their natural habitat.  REBAC aims to consolidate its presence, over the next three years, in the six countries where it operates by giving concrete responses to the environmental crisis that has already seriously affected the green part of the African continent.