“If I am because we are, then true fraternity leaves no one behind, because we are saved together and are responsible for the life of all”. Africa has something unique to offer to help reverse the ill-fated drift of modern world.

Fratelli Tutti, (“Brothers [and Sisters] All”) is the latest open letter of Pope Francis to the Catholic Church and the world. The Encyclical, as these official papal documents are called, is an effort to explain for everyone what is certainly the most fundamental principle of human and Christian existence: the requirement of love. Love constitutes a prerequisite of human survival. As such, it seeks and deserves constant interpretation and application in different contexts. 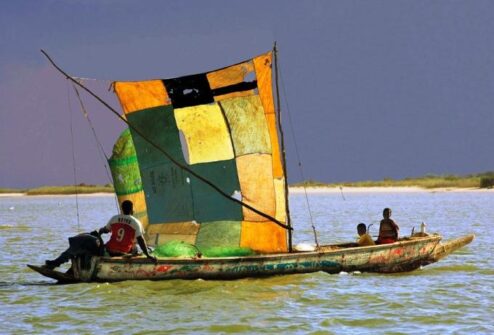 Sometimes, the process is rendered easier and more accessible to the human mind through systems of language, symbols, and ways of living (or cultures) of particular times and peoples. The route towards appreciating the mysteries of God, of which love is one, for the sake of meaningful human existence always takes this form of clarification.

Inculturating love
The process of translating the imperative of love, therefore, must continue with different cultures, supplying what is unavoidably lacking or defective in previous renditions. Such is particularly the case in our day. For Christians, as faith in Jesus Christ spreads and takes root in different parts of the world, the challenge of deciphering the concrete demands of Christian charity becomes more and more obvious. In Africa, the undertaking is needed for the benefit of the continent itself, but also for the rest of the world. 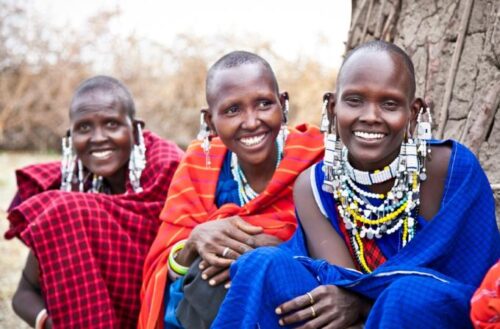 An important reason for this requirement in contemporary Africa immediately comes to mind. More than anywhere else, African Christianity is rapidly growing in numbers, and its contribution to the process of clarification of Christian faith dictates, therefore, is increasingly vital. For too long, lack of integration of African accounts into the official reception and expression of the faith has been detrimental to the Church globally.
The current critical question that the Pope is addressing in Fratelli Tutti – one that concerns the Church and the world at large – involves how the obligation of love can be transformed into action for the survival of the universe. In view of the current global political, economic and social environment that is destructive of love and, consequently, of human existence, what concrete forms should the call to love take?

Global fraternity
The Pope’s reflection has as its central goal to spell out the practical meaning of what he calls “social friendship”. His conviction is ultimately that sincere communion and companionship – or what he describes as global brotherhood and sisterhood, leading to collective friendship – is the only hope for the survival of humanity and the universe. This shared ethical stance of togetherness and mutual appreciation is what alone enables the moral attitude “that allows us to acknowledge, appreciate and love each person, regardless of physical proximity, regardless of where he or she was born or lives” (FT 1). 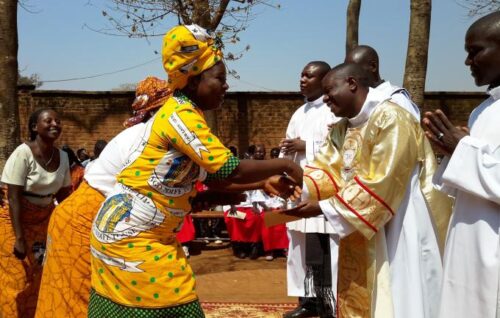 The Pope notes that current trends in the world forecast disaster, unless immediate action is taken to reverse them. He explicitly lists several indicators whereby the requirement of friendship as the hallmark of global survival is being radically eroded by routine behaviour hostile to mutuality. Included in the drift is the rising predisposition to senseless waste of resources, due to un- bridled consumerism. But there is also the related and more serious tendency toward disrespect or disregard of the humanity and dignity of some persons.
Implicated in this trend is the phenomenon of social neglect of certain categories of people: the old, the poor, women, children, the disabled, migrants, and strangers. In many ways, these people’s rights are being eroded, despite certain rhetoric to the contrary. Citing Jesus’ allegory in the parable of the Good Samaritan (Luke 10:25-37), Pope Francis notes that these groups represent the man attacked by robbers and left for dead. These classes of people are literally abandoned “by the roadside” of modern life. They embody the ever-expanding gulf between the privileged and the poor in our societies.

Africa’s unique gift
Given this current scenario, Africa has something unique to offer to help reverse the ill-fated drift. Although for too long overlooked, in the Church in particular, there has been a serious review of this regrettable oversight in recent times. Since the end of the Second Vatican Council in the mid- twentieth Century, several official instructions of the Church have insisted on the importance and necessity of incorporating into the interpretation of the message of Christ some African values embedded in the cultures of the continent. 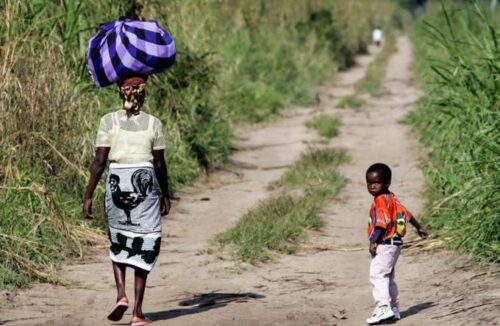 In Fratelli Tutti, Africa’s contribution to the project of worldwide friendship is easily discernible. African Catholic theologian, Agbonkhianmeghe E. Orobator, points it out in a perceptive reflection on the Encyclical published in the American news journal, Catholic National Reporter, of 6th October 2020. Orobator perceives the kernel of the Encyclical to be intrinsically linked with the central concern of the African worldview: namely, the non-negotiable value of human life, the safeguarding of which is described in various parts of the continent as Ubuntu. As Orobator asserts unequivocally, Fratelli Tutti, by any other name, would smell as sweet as Ubuntu: as “an African humanist philosophy based on a culture of sharing, openness, mutual dependence, dialogue and interpersonal encounter”, Ubuntu bears the ultimate promise for the future of humanity and the world. 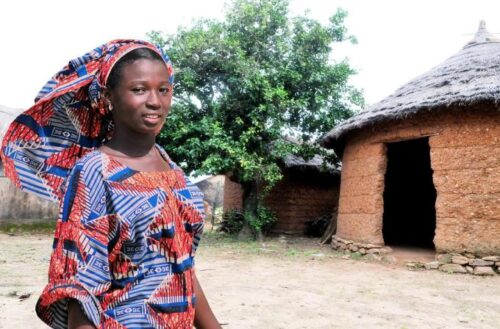 Orobator explains: “In Ubuntu, human existence reaches fulfilment as part of whole, society thrives on a common humanity, and forgiveness and reconciliation are prerequisites for preserving social harmony”. In this sense, the Ubuntu worldview renders concrete the evangelical obligation of practical love exemplified by the biblical Good Samaritan. In the Ubuntu worldview, the question, “And who is my neighbour?”, finds the only accurate and concrete response.

Constant struggle
Ubuntu, considered from the point of view of Pope Francis’ Fratelli Tutti, leaves the Church and world in general with both the task of realising the demands of love and the challenge of implementing them. What actual implications in Christian life does comprehensive love imply? Specifically, in the contemporary global situation, how is it possible to actualise the values regarding this task as contained in the Ubuntu worldview? But it must be understood that, as is the case within African culture itself, so also elsewhere: the practice of Ubuntu as universal love is a constant struggle. The habit of “sharing, openness, mutual dependence, dialogue and interpersonal encounter… forgiveness and reconciliation”, as Orobator lists these active attributes of Ubuntu, is never a complete given in any human society. It is something to be continually striven for. 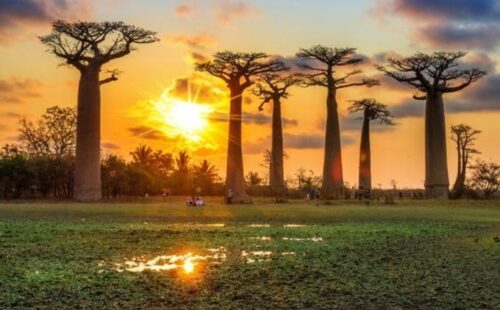 It goes a long way to approximate the objective of global brotherhood and sisterhood – or the goal of worldwide practical love – if this behaviour is institutionalised in clear structures of social character formation. Here is where the Ubuntu worldview is important as an inspiration to the world. Where institutions and structures of brotherhood and sisterhood already exist, they need clearer and stronger focus and emphasis, not merely as laws (legalism), but also as attitudes (internal convictions). In the Church, they must persistently be made explicit as part and parcel of the programme of Christian living in every locality, parish, diocese, nation and globally. Consciously and deliberately, they need to be made a constitutive feature of the model of Church we want, so as to promote the desirable world order. 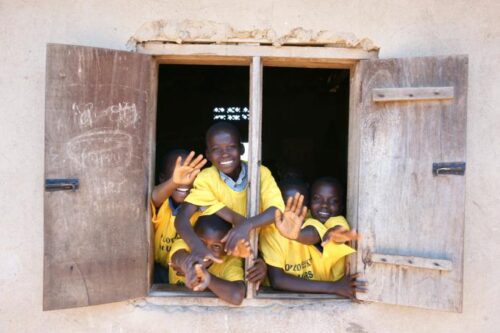 At the risk of simplification on account of the brevity of this analysis, let us isolate only a few major areas in the Church that can benefit from an open infusion by the spirit of Ubuntu.
One thinks, for example, of the process of catechising neophytes, ongoing Christian instruction in homilies, and programs of theological formation for priests and religious. Further, it is urgent to initiate and continue sincere dialogue across cultures and religions worldwide. Structurally, in the Church, Small Christian Communities, as ‘a new way of being Church’, present places to carry out mutual exchange of ideas as well as other requirements of Ubuntu. If well structured, Small Christian Communities are ideal spaces where the sharing of material resources – a necessary obligation of true Ubuntu – can also flourish.