The Democratic Republic of Congo continues to be afflicted by most serious political and social tensions, conflicts in some of its regions and endemic poverty despite its infinite riches. This is our topic as we speak with Cardinal Fridolin Ambongo, Archbishop of Kinshasa.

The government of President Felix Tshisekedi which came to power in the spring of 2019, seems to be at a dead end, while the dialogue between the political subjects, especially the faction connected to the multiple-term ex-president Joseph Kabila, which ought to open the way for long-awaited reforms, has been at a standstill for months. The consequent lack of progress is felt most of all by the population already burdened with many problems which, in recent years, have seen the Congo become the third poorest country in the world. 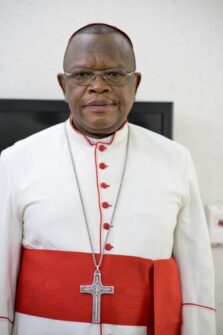 “At the social level – the Cardinal says – the situation is dramatic; there has been no progress either social or economic for the people and suffering is increasing. The government is composed of a coalition that today differs on many points. The president and the outgoing president, Joseph Kabila no longer speak to each other. Last November, the president opened a phase of consultations but in the meantime, time was passing and the people are sorely tried. Thanks be to God, at least the Ebola problem has been contained and the Covid-19 pandemic has not been as devastating as originally feared: infections are not excessive, though we continue to work tirelessly to persuade our citizens to take care and to be careful. However, socio-economically speaking, the situation gives rise to concern.The situation is further complicated by the active conflict in the regions of Kivu and Ituri, to the east, armed clashes that increasingly sow death and destruction”. 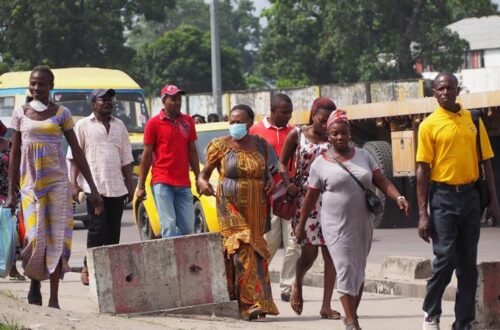 The Cardinal comments: “In the east, there are armed bands that continue to bring terror. We have seen much tension in Ituri, in the south and in North Nord Kivu, at Uvira, around Minembwe city. We are doing everything possible to appeal to the consciences of the political leaders to try and find a just solution but here, too, as I said already, everything we try to do is pointless since the government does not function. This is not a matter of all-out war but of different conflicts between the groups, daily causing victims. Even now, we cannot say exactly who is behind these clashes. What is clear is that the bordering countries, supported by international powers, play a part and want to control the eastern part of the country which is rich in minerals and full of resources.
We are very worried that this situation may lead to the so-called Balkanisation of the Congo. Many armed groups are operating in the area, some formed by foreign militias from Uganda, South Sudan and other areas. These groups are manipulated by countries like Rwanda, Burundi and Uganda which, in turn, are in contact with political and economic international powers”.

The Church as a moral authority
The Catholic Church is an authoritative interlocutor in the country and often lets its voice be heard condemning poverty, abuses and the failure to intervene: “We of the Church emphasise the critical state of the situation, hoping that change may soon come: nothing is being done to serve the people and the economy is in crisis.Our commitment is not political, strictly speaking, but to be there by the side of the people in their struggle to live and to resist. However, by being constantly close to the people we have become aware that the situation is preventing the economic, political and social development of the entire nation.We are  committed in the fields of education and public health. 50% of schools and health facilities belong to the Catholic Church.In recent years, of course, the political leaders themselves have asked for our help. This is another reason why the Church works with both the president in office and the out-going one to seek a way out of this crisis.” 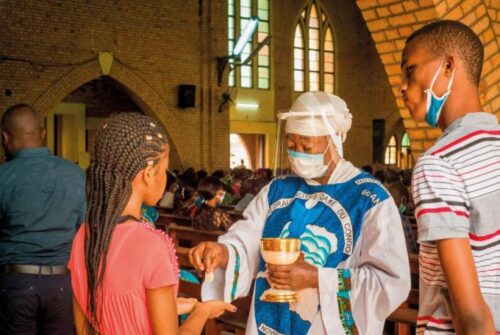 Last year, in his message on the occasion of the sixtieth anniversary of the independence of the DRC, the Cardinal recalled how: “During the sixties, the DRC was considered the Eldorado of black Africa. People used to come from South Africa, Nigeria and Burkina Faso to study or to receive medical treatment in our hospitals, and now we have not only destroyed everything but when we want to go to other countries to study or receive medical treatment, we are not welcome. This is due to our bad reputation. All this is due to the bad running of the country. We have shamefully and collectively failed. We cannot say that this or that person is responsible; we are all responsible, each one according to the position they occupied”. Will things change? The cardinal answers: “We will emerge from this situation only with a radical change coming from people. Change will not come from the political class but will derive from the maturity and awareness of the population of their own worth and the role they may have in the future of the country. As the Church in this place, our work consists of accompanying people as they take up this responsibility. I am convinced that the Congolese people are not the same people the politicians of the past manipulated as they pleased; people know where their interests lie and they are always ready to work and to strive to be respected”. 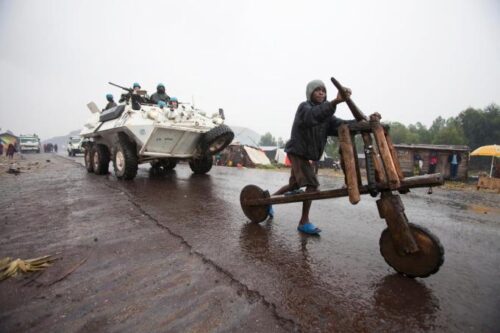 Referring to the call of Pope Francis to be a member of the Council of Cardinals, the Archbishop of Kinshasa says: “I received this news with a feeling of gratitude since I know my own limits: despite this, he wanted to give me such an important and delicate role as part of the government of the universal Church. I expressed all my gratitude but also that of my people and the whole of Africa which is now represented on the Council. Naturally, I feel the weight of such great responsibility, knowing that the Holy Father counts on me to bear the burden of the whole Church, and it is important to have the prayers and support of everyone. I cannot say exactly how I am expected to contribute but I will certainly be the voice of Africa and the Church of this continent within the Council and indeed of the whole Church. I hope to represent the socio-pastoral reality of a continent that is still characterised by the poverty and suffering of the people, due to maladministration in many countries, of the difficulties of the little ones and of the youth who more often than ever think of leaving their own countries, risking death in the desert or on the sea. I believe that, as my personal contribution, it is very important to bring to the attention of the Church all the themes of the survival of my people in the Congo and in Africa”. 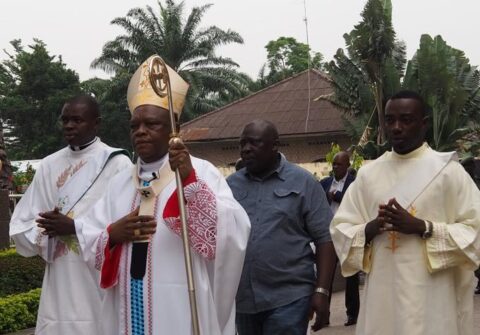 Considering the Church, the Cardinal underlines two pastoral policies. “The first is evangelisation in depth, an area in which we have worked a lot. At present, evangelisation is not done in a missionary context but in the context of a plurality of faiths, surrounded by sects and faced with the growing presence of Islam. How can we strengthen the faith of our Christians so that they can be adult Christians? This is a great challenge. The second priority is to seek coherence between proclaimed faith and behaviour in daily life. These two problems are our pastoral priorities”.