Omar Sosa, a Cuban of class 1965, is a pianist of the school of jazz. He began with the marimbas – a typical Caribbean instrument – while still a small boy, and then moved on to the piano at the Havana Conservatory. Among his influences, Omar cites traditional Afro-Cuban music, European classical composers (including Chopin, Bartok, and Satie), and the pioneering Cuban jazz group Irakere. 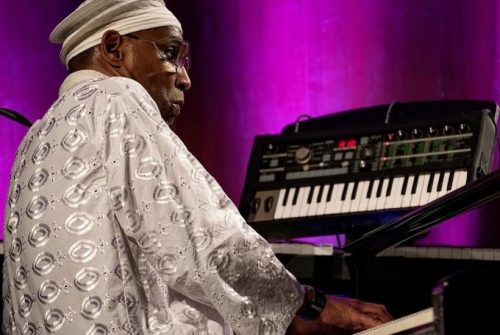 In the eighties, he began to tour the world, starting with Ecuador where Omar immersed himself in the folkloric traditions of Esmeraldas, the northwest coast region whose African heritage includes the distinctive marimba tradition. Then in California where he became well known in the venues of San Francisco, and lastly in Barcelona where he arrived at the end of the decade. His was a rising career to the extent that today, Omar may boast of six Grammy Awards and a discography of nearly 30 albums, not counting his numerous collaborations with other artists. Eclectically creative, he has always enjoyed a range of music that went from jazz to classical, from African world music to that of Latin America. 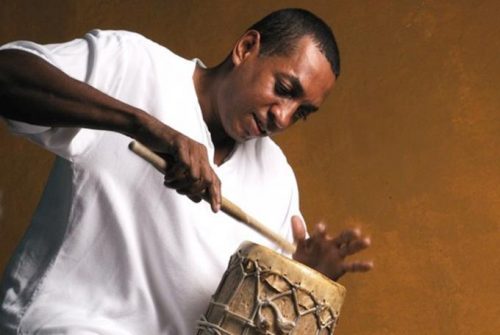 Gustavo Ovalles, on the other hand, is a drummer originally from Caracas in Venezuela and is a true funambulist of rhythm. He moved to France in 1997 where he collaborated with countless bands with which he, too, combined cultured and popular music. Even though, for some time now, he has been a guest of the main international jazz festivals, he is less known worldwide than Omar. This is not at all important since no meeting of the two musicians has ever been the result of a strategic or commercial plan, but rather of the desire to amalgamate these two disruptive personalities – and spiritualties – a result of their extraordinarily similar musical tastes. 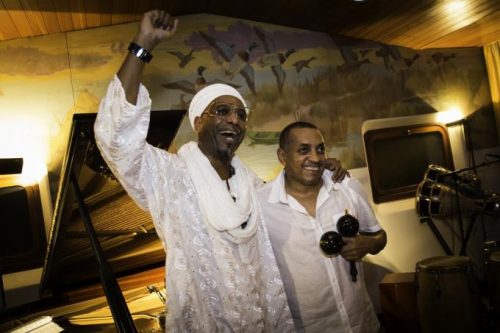 This was already clear even before they produced their first disk together, Ayaguna. It was issued in 2003 and draws inspiration from the religious practices of the Yoruba culture, transplanted to Latin America by slaves sent to the New World. “That record – they recently said – is dedicated to the God of Santeria. We, like him, profess peace and universal brotherhood and we show this by the white costumes we wear onstage”. Reinforced by formidable stage props, their concerts are penetrated by this great spiritual atmosphere – a lay spirituality with undoubtedly popular roots, – where there is room for archaic instruments and electronic contraptions.
Theirs is ‘global music’, not subject to the usual genre labelling. It mixes together different streams and indications. But neither of the two has ever denied or lost sight of their primary source of inspiration: “Africa and the diaspora of the Africans in the Americas represent an incomparable source of inspiration. 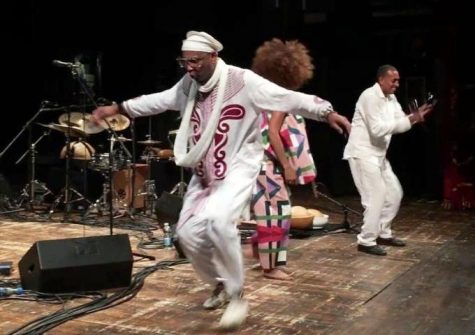 We have tried to reproduce the melodic profile of the Continent and its great rhythmic power. It is rhythm that places a person in contact with the supreme Spirit and every land has its own way of calling upon the Spirit to unify the people”. Without doubt, all of this finds its perfect incarnation in their fascinating shows: “Philosophically, by means of Jazz which is perhaps the musical genre most representative of the diaspora, we have sought to put together the Caribbean, Latin America, and Africa in a single expression of liberty”.