Kuchinate is the name chosen by a group of African women seeking asylum in Israel. They have organised a project for themselves which will guarantee them a steady income and daily assistance. Two Comboni Sisters are helping them.

Sister Azezet Habtezghi, known by all as Sister Aziza, and Sister Agnese are Comboni Missionaries and members of the Bethany community in Jerusalem. Kuchinate (which means crochet hook in Tigrinya), is an organisation of women from the Horn of Africa countries seeking asylum in Israel. Sister Aziza is a co-manager and Sister Agnese keeps the financial accounts. 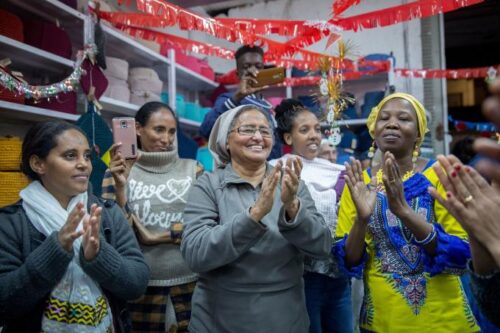 Sister Aziza, from Eritrea, has worked for more than ten years on behalf of women who have suffered violence and torture as they went through hellish conditions while crossing the Sinai desert. In 2012, she received the award Trafficking in Persons Report Heroes from the American Secretary of State for her work against human trafficking.
Sister Agnese went to the Holy Land after working for 16 years in Sudan, two in Egypt and three in Dubai. She is now collaborating with Aziza in the Kuchinate project with the Bedouins of the Jahalin community of Khan al Ahmar, a camp on the Jerusalem to Jericho road. However, the real protagonists of this initiative that takes its name from a simple tool, the crochet hook, are the African women. One of them is Meron, a single Eritrean mother with a child. She grew up with her mother in Eritrea but was kidnapped one day when she was going to buy bread. Meron never liked to speak of all the things that happened to her during that terrible time but after a few months, she managed to enter Israel, passing through Sinai. It was only then, after she discovered Kuchinate, that Meron began a new life. In Kuchinate she found a warm welcome and someone to listen to her story.
Kedes is also from Eritrea and entered Israel after travelling for four months across the Sinai desert. Some of their companions went through the same experience:  Zghiaria, Hadas and Ganet, to name but a few, each with a terrible story to tell, but all of them full of joy at having found Kuchinate and being its active members. 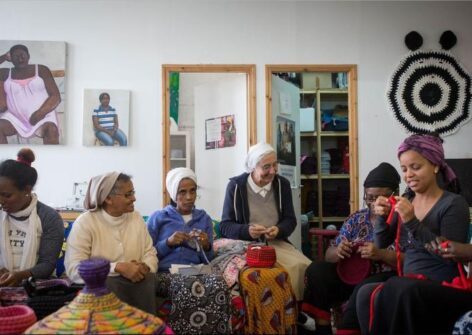 On their own initiative, they opened a workshop in Tel Aviv where they sell their handmade products.  The shop displays a variety of items, in striking bright colours; all made using the crochet hook: baskets, handbags, bracelets, household goods and items made of cloth such as dolls, facemasks, tablecloths and serviettes, all waiting for customers. The shop has also begun online sales which means the products can become better known and exported.
Kuchinate is something more than a business: the project also provides voluntary education programmes for the women seeking asylum which enable them to take part in various courses such as professional dressmaking, English language, or computer skills. They also receive psychological accompaniment to help them integrate all the violence and suffering to which they have been subjected. 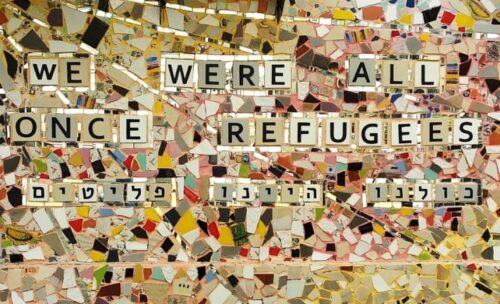 One important element in the Kuchinate project is that the young women do not confine themselves to merely producing and selling goods. Kuchinate is also intended to be a sharing of traditions and culture. For this reason, before the pandemic, social gatherings were organised, including the East African coffee ceremonies and a school of Eritrean cooking with the traditional flatbread called injera: all of which aimed at bringing the asylum seekers together and getting to know their personal stories. The spread of Covid-19 has had a catastrophic effect on thousands of people in Israel who have lost their jobs with nothing to fall back on such as social security. Many of the Kuchinate women were not able to continue their part-time jobs (many were working as maids in well-to-do families or hotels); overnight, they found themselves deprived of their income.  Seeing the situation, many people have continued to support Kuchinate by buying their products. This has enabled the women to continue their work and earn their living. 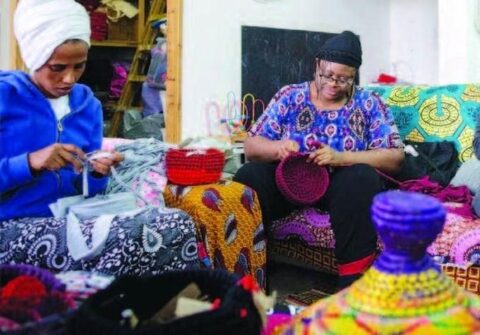 Sr Aziza remarks: “Apart from the ulterior value of the women’s network which has guaranteed the results of the manual work they do within a therapeutic social system that is open and culturally appropriate, together with the creation of income-generating products that express Africa’s pride and cultural beauty, all of this contributes to the general well-being and health of our women”.
During the pandemic, Kuchinate has also provided the young African women with psychological support, instituting monthly buna talks (coffee chats) in small groups, and daily telephone calls to monitor the needs of each asylum seeker. To sum up, despite the pandemic, Kuchinate has obtained excellent results, also this year, a decade after its foundation. Today, there are over 230 women who are taking part in Kuchinate and have had the joy of neighbourly support. Mostly because of the little crochet hook.