Once the Pearl of the Pacific, it is now a hell inhabited by those involved in the drugs trade and warring criminal bands. Acapulco has become one of the most dangerous cities in the world. One of its parish priests, Father Hugo Hernandez, describes it for us.

Saint Nicholas of Bari is a small blue church on the slopes of the mountains embracing the Bay of Acapulco. From above, the city looks like a semicircle of houses along the road leading to a strip of large hotels, with the blue Pacific beyond. Following the Miguel Aleman Avenue, the coastal road between the city and the sea is full of restaurants, shops and hotels. It was here that the film ‘Idol of Acapulco’ starring ‘rock and roll’ singer Elvis Presley was made in 1963.  “You can’t say no to Acapulco”, Elvis sang.  The city is also famous for the Quebrada Divers, young men who perform several times a day, diving from as high as 35 metres into the narrow, shallow inlets. 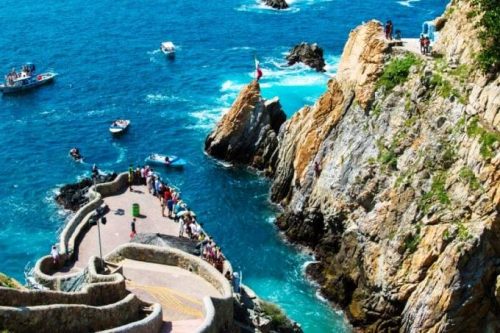 The name ‘Acapulco’ comes from the Nahuatl language and Aca-pōl-co means ‘the place where the reeds were washed away’.
Over the years, the illicit drugs trade has struck even this most famous Mexican holiday resort. The city of Acapulco is home to no less than five drugs cartels (the Sinaloa Cartel, Los Zetas, the South Gulf Cartel, the Independent Cartel of Acapulco and the Familia Michoacana Cartel which govern the sale of drugs. Acapulco is an important port and is located on the drugs route.
Extortion is a huge business for the gangs. There are no exceptions. Whether shopkeeper or doctor, anyone with a job and an income has to pay protection money to the boss in charge of his territory.  Father Hugo, 61, originally from Guerrero State says: “A few months ago, a travelling circus came to this city. When the gangs demanded protection money, they came back one evening and opened fire on the spectators, killing about ten of them”. 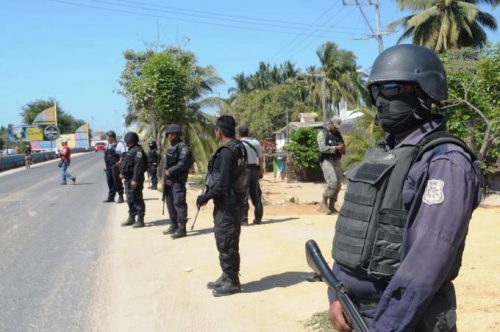 To understand how the ‘Pearl of the Pacific’ became a place where crime rules, we must go back to the eighties. The drug traffickers were attracted to Acapulco by its climate – in the Sierra de Guerrero it is perfect for growing opium poppies – the strategic location of its port and especially for the extreme unreliability of its institutions. Corruption quickly became the norm and it is still widespread. “A policeman will earn about 200 pesos (about 10 Euro, NDR)”, Father Hugo explains; having been in pastoral ministry for 34 years, he is familiar with these things. “The drug dealers will offer him two thousand and promise him more if he turns a blind eye while they carry out their crimes. They will even give him a new cellphone and so the policeman becomes a hàlcon, a falcon, a spy who observes the territory and calls the cartel to warn them of danger. He may also be told beforehand where a consignment or a murder is to take place and he will, of course, be somewhere else at the time, rather than intervene”. 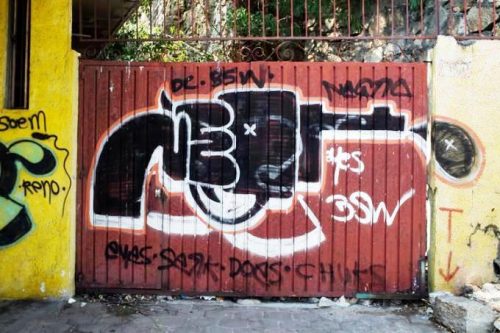 The government knows everything. “When they understood how profitable the drug trade can be, the local police demanded their share of the profits. They demanded the traffickers give them 25% of the profits in exchange for complete freedom of action in their territory”, the priest recounts. In the eighties, this ‘State extortion’ created an alliance between the cartels and the government. Officially, the government was at war with the traffickers and newspapers told of the army burning illegal poppy and marijuana cultivations. But the real story was that the government forces only acted against those who refused to pay protection money to the government. At the same time, the upper levels of the state were being destroyed by corruption while the army soldiers helped load the drugs onto lorries.
The situation changed when the corrupt politicians wanted first 50% and then 70% of the profits. The bosses decided to monopolise the protection racket. They stopped paying off the police and kidnapped policemen, civil servants and governors. They demanded ransoms and reaffirmed their superiority. That started a period of violence. In the first decade of this century the great cartels divided into smaller groups, often fighting among themselves. The response of the federal government of the then President Felipe Calderon was to send in the army and fill the streets with armed soldiers.  To no avail. Acapulco was brought to its knees, tourists disappeared, unemployment rose while murder and extortion were so widespread that they became the norm. 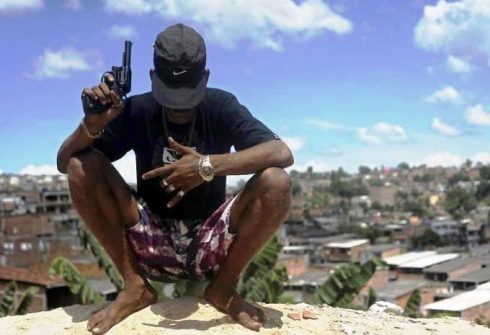 That is now life in Acapulco. It is balanced on a knife-edge between paying protection money and trying to live a normal life; people go home early in the evenings so as to avoid the shootings. There is little one can do in such a situation. Father Hugo organises support groups for the victims of violence.
“We try to work through griefs and traumas and we try especially to avoid the desire for revenge”, Father Hugo explains. “Regarding the youth, the key is to re-educate them with values and make them aware of the harm they are doing to themselves and to others by agreeing to make easy money from those criminals”. However, despite the efforts of the priest, many young people have given up going to the church of Saint Nicholas of Bari to join the gangs, following the false dream of a better life. “I often see them passing by with their new clothes and a pistol in the pockets”, Father Hugo says. 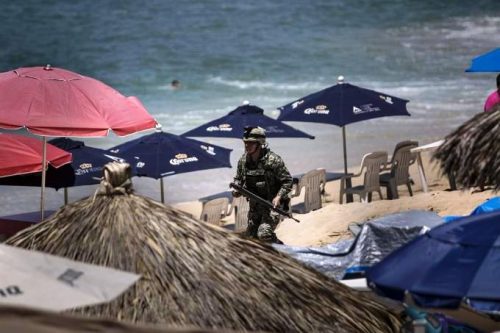 The traffickers are always on the lookout for young people to join their ranks. Father Hugo comments: “Some young men join the gangs simply to be able to show off the latest smartphone to their friends. As in the case of the halons, the cellphone become a working tool to collect protection money. These days there is no exchange of cash as payments are made electronically. Little by little these young people disappear. They even leave school to join the traffickers”. The wages are good, promotion is swift but death, too, comes just as quickly. The same applies to the girls. The hàlconas end up as full members of the gang that controls the territory, or they are exploited as prostitutes”.
In conclusion Father Hugo says:  “I myself, right from my childhood, have lived in a context of physical and psychological violence. We are all affected by this. When I meet these people, I find they are not evil but empty. They have all had much taken from them. They have been harmed and have suffered. And they react with violence. Even when I see before me what looks like an evil monster, I try not to go by appearances but to enter the heart of the person. Before attacking others, these people have themselves been victims. It is this suffering that moves me to continue working as a priest in this city”.
Gabriele Monaco