Deforestation, exploitation of labour, including minors and the use of pesticides. All too often chocolate has a bitter taste.
Yet, a multiplicity of experiences is succeeding to make the cocoa supply chain sustainable.

‘The food of the gods’. This is the meaning of the Mayan expression ‘kakaw uhanal’ from which the term ‘cocoa’ derives. According to an Aztec legend, in fact, the cocoa tree was a gift to mankind from the god Quetzalcoatl. A plant stolen from the other gods and whose seeds were able to instil strength.
From Central America, the Conquistadors brought cocoa to Europe and the passion for the hot drink that was obtained from it quickly infected all the courts of the Old Continent. Today there is no corner of the planet where chocolate, the main derivative of cocoa, is not consumed. 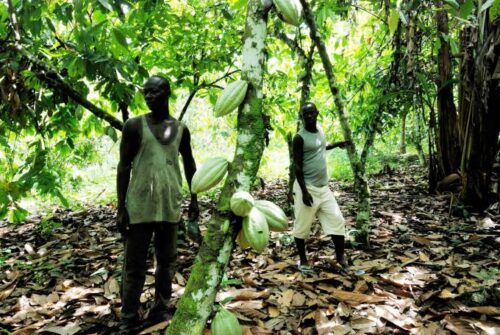 Every year 5 million tons are produced worldwide. Double what it was 30 years ago. And the figure is constantly growing. While cocoa is used everywhere, there are mainly two production continents: Latin America and Africa. In particular, 77% of the cocoa purchased by the confectionery multinationals comes from the latter. About 65% of the world supply comes in particular from only two countries: Ivory Coast and Ghana. The European Union is the largest importer.
A product whose market is worth 100 billion dollars a year, which only partially goes to producers: 2 billion, or 2%.
Most of the profits remain in the hands of those involved in processing the beans and distributing the processed products.
Why doesn’t cocoa generate wealth for producing countries? Because the big companies that control the market decide the prices. Cargill, Olam, Barry Callebaut. And those that turn it into chocolate: Mars, Nestlé, Ferrero and Meiji. And none of them is African.

The Market
Cocoa, like other commodities, is bought by multinationals through the market. In particular, futures contracts are being purchased. That is, the commitment to purchase an asset that will be used in the future at a predetermined price. There are three places where cocoa futures contracts are traded: ICE Futures US of New York, ICE Futures Europe, and CME Europe of London. 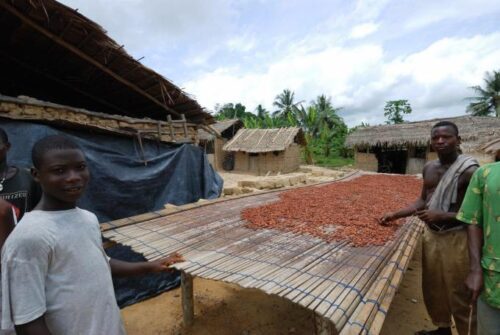 Such contracts have, in fact, been used for hundreds of years to help farmers cope with the uncertainty of harvests due, for example, to unforeseen climatic conditions that can compromise them. Their original purpose was to allow farmers to sell their crops at a future date for a guaranteed price. However, these same contracts can be bought and sold by speculators who have no interest in the actual sale of food. Instead, with futures trading, they can profit if prices change over time. Basically, by betting on the price of food.
In 2019 Ghana and Ivory Coast launched a joint initiative which, roughly like OPEC, the association of the major oil producers, aimed to regulate and protect the cocoa market. COPEC has decided to impose a tax of $400 per ton on cocoa importers, in addition to the market price determined by the stock market prices. After initially agreeing, the multinationals have started a battle to avoid paying the tax. They are now working on the Intercontinental Exchange (ICE), the exchange where futures of various commodities such as cocoa, coffee, cotton, and sugar are traded. This is in order to use the stored stocks to deal with emergency situations, thus bypassing the two producing countries.Ghana and the Ivory Coast have reacted with a media campaign, accusing Mars and Hershey’s of not paying the negotiated surcharge to help farmers out of poverty, especially now that, due to the pandemic, the price of cocoa has fallen, further reducing the profit margins of farmers. 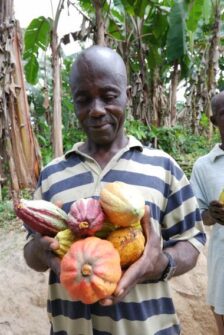 Last July, major cocoa buyers have agreed to pay a premium and back a price floor on cocoa sold by Ivory Coast and Ghana as part of an agreement to combat poverty among farmers.Cocoa industry players will back a fixed ‘living income differential’ (LID) of $400 a tonne on all cocoa contracts sold by Ivory Coast or Ghana. Buyers will also pay a country premium that will enable cocoa regulators in both countries to reach a target floor price of $2,600 per tonne which should allow farmers to earn a minimum of 70% of the target floor price.
Signatories include Hershey (HSY.N), Mars, Blommer Chocolate, Nestle (NESN.S), Sucden, Mondelez (MDLZ.O), Touton, Barry Callebaut (BARN.S), Cargill, Ferrero, Olam and Ecom Trading.
Yves Brahima Kone, chief executive of the Ivory Coast Cocoa and Coffee Council, said companies had been dragging their feet on LID commitments, hindering efforts to make the industry more sustainable. “The aim of the pact is to allow all actors in the cocoa value chain to play their role and respect their engagements”, he said.

The lack of a processing industry in Africa
Europeans consume half of the chocolate produced in the world (around 48%). North America 24% (United States 20% and Canada 4%), followed by Asia (15%) and Latin America (9%). Africa, the continent in which the main cocoa producers are located, consumes only 3% of the chocolate and other derivatives that are produced in the rest of the planet – a paradox closely linked to the lack of a cocoa processing industry in producing countries. A paradox that some pilot experiences try to break. 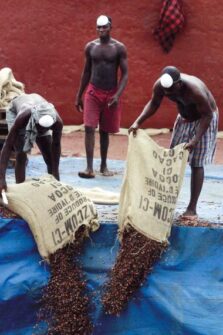 In Grand-Bassam, the ancient capital of the Ivory Coast, Choco + was born, a chocolate shop that transforms cocoa to produce 100% Ivorian chocolate bars so as to export finished or semi-finished products, thus reversing the practice of importing bars and spreads produced thousands of kilometres away which generate surplus value elsewhere. But that’s not all: Choco + is also a job creation tool for young Ivorians and it plans to expand production soon to include cosmetics made from cocoa.
The project also makes use of collaboration with Trusty, an innovative platform which, by exploiting blockchain technology, allows products to be traced from the places of cultivation through all the processing stages. The issue of traceability is essential to meet the need for transparency of both consumers and companies by ensuring the purchase of a product made while respecting the environment and human rights. In Togo, on the other hand, there is Choco Togo, a cooperative founded in 2014 that transforms organic Togolese cocoa, producing chocolate for the local market and for export – a reality that employs 85 people, 45 of whom are women.
The SCEB, Société Coopérative Équitable du Bandama, operates in M’Brimbo, a village 130 kilometres north-west of Abidjan, the economic capital of the Ivory Coast. It is a federation of over 250 growers who, together, produce just under 300 tons of cocoa beans per year.
A project that has allowed, for fifteen years now, to eliminate the use of pesticides and deforestation. 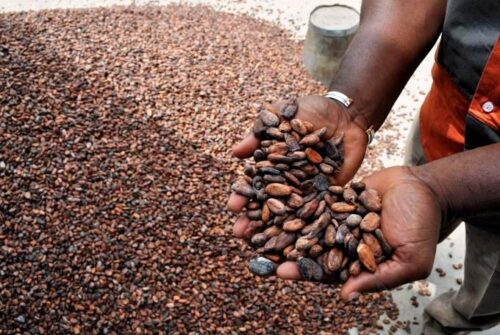 In 2008 – says the French newspaper Le Monde – there were just about fifteen farmers who were convinced by Jean-Evariste Salo, promoter of this initiative, to stop logging and using pesticides. Production then amounted to 13 tons of cocoa beans. Today the yield per hectare has not increased. What has grown is the quality of the product, the well-being and health of those who grow cocoa and that of the community as a whole: a shop, a school and a laboratory for cocoa analysis were built in M’Brimbo and a mutual aid fund was set up for producers in difficulty.
Essential for the success of the project was the agreement with Ethiquable, a French company specializing in fair trade products. The latter buys the cocoa beans produced by the members of the SCEB at almost double the minimum price set by the Ivorian authorities: 1,350 CFA Francs compared to 825 CFA Francs on the conventional market (2.05 Euro versus 1.25 Euro).