It is an important plant for medical use. But it is also used to make furniture and ink.

Acacia, commonly known as paperbark thorn or paperbark acacia, is a small to medium-sized tree native to tropical Africa, in the north to Ethiopia, and in the south to countries including South Africa, Swaziland, Botswana, Namibia, and Zimbabwe. The generic name of this plant ‘acacia’ comes from the Greek word akis, meaning ‘point’ or ‘barb’. The bark is brown to yellow-grey, sitting roughly on the older trunk with a widely spreading flat crown, and it can grow up to about 25m high.
The nodes have paired thorns which are often straight and long, tapering to a sharp point. The leaves are compound and usually sparsely hairy.
The flowers are axillary, globose heads, creamy-white, and the pods are large, thick and woody, sometimes splitting long after they have
fallen and dried. 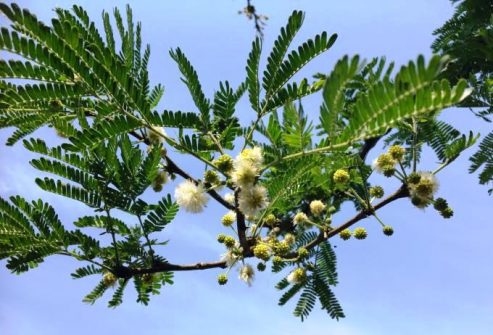 Acacia sieberiana (Fabaceae family) is used in many communities throughout its distribution range for various purposes. The leaves, stem bark and resin derived from the bark are used for treatment of a variety of diseases and disorders in traditional medicine.
The stem bark decoction/infusion is used to treat tapeworms, oedema, gout, and diarrhoea. The decoction is also administered for the treatment of inflammation of the urinary tract and as a pain reliever. In addition, the bark decoction is also used as an astringent for cold, chest problems, cough, haemorrhage, eye inflammation, and for the treatment of gonorrhoea in some parts of Africa. The stem bark infusions of A. sieberiana are used in enemas to relieve back pain and pounded bark is used to relieve fever in children. 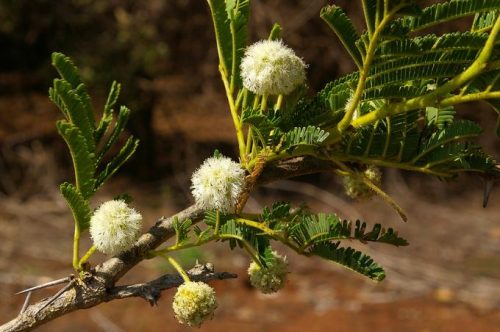 The root of Acacia sieberiana is used for the treatment of acne, tapeworms, urethral problems, oedema and dropsy. The root decoction is taken as a remedy for stomach-ache, inflammation of the urinary tract, pain-killer, ear ache, gout, and as diuretics. The root decoction is also administered as a vermifuges and as a treatment for nasopharyngeal infections. An infusion of the roots is used as an antiseptic and also administered for treatment of cough, epilepsy, and dysentery.The decoction of the leaves is used to treat gonorrhoea, and syphilis, earache, diarrhoea, haemorrhage, and is also administered as a vermifuge. The leaf decoction is also used to treat inflammation and related conditions and the fruit pods serve as an emollient. 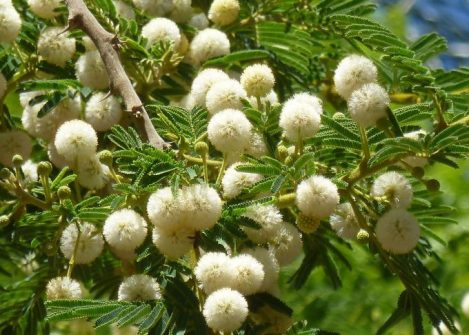 Apart from the medicinal uses, Acacia sieberiana wood is fairly hard and hence used to make furniture, and handles for implements such as hoes. The gum obtained from the stem bark is edible and is also used to make ink. The young shoots, leaves, and pods serve as forage for livestock during the dry season. However, the leaves of the tree release toxic chemical compounds especially when wilted, including hydrogen cyanide (prussic acid) which may be lethal to domestic animals when ingested in large quantities.