The motto of the 500th anniversary year was ‘Missio ad Gentes’, to show that the story that began with the arrival of Magellan is the epic of a Church which, originally foreign, was able to define the physiognomy of an entire Asian nation and make it
a missionary community, with an important role entrusted
to the large community of migrants.

This aspect was also underlined by the Filipino bishops who, in the message sent to the Holy Father on the occasion, emphasised “The filial love of the Filipinos in the 7,641 islands of our country. There are more than 10 million Filipinos who have emigrated to nearly 100 countries around the world. This morning they join with us”.
In this electoral round, too, indeed perhaps more than in others, the Church presents itself united with a strong moral solicitation for good governance but also divided on the concrete policies proposed by the main candidates. A division that is first of all spread within the episcopal conference, as demonstrated by Duterte’s different positions on ‘legality’ policies, has also been opposed step by step with regard to demographic policies, the lowering of the age for the incarceration of minors, and the persecution of opponents which involved, even with lethal effects, men and women of the Church. 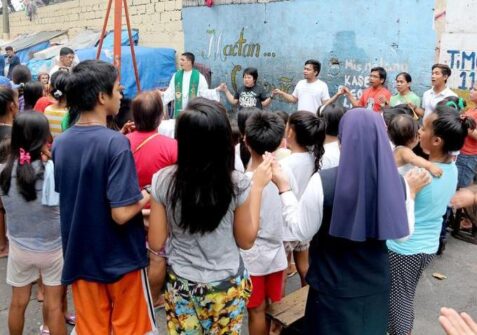 As the elections neared, various pastors took a stand for the different parties involved: in some cases allowing and in others, forbidding, priests to indicate a preference regarding candidates and programs. The archbishop of Cebu, Jose Palma, intervened to remind his clergy that a pulpit is not the place to ‘campaign for any candidate’ and a few days later a homily by Archbishop Socrates Villegas challenged the clergy to take a stand against ‘opportunism and family dynasties’ that pursue ‘sinful politics’. The situation is one that many see as recalling the different visions during the martial law regime imposed by Ferdinand Marcos and, with a singular somersault in history, the most politically accredited heir of the Marcos family, the son ‘Bombong’ Marcos, is today the candidate more likely to win the presidential elections. It is no coincidence that Duterte also rehabilitated the figure of his father, who died in exile in Hawaii in 1989, three years after the ‘Revolution of Flowers and Rosaries’ with which the Filipinos freed themselves from the dictatorship in a non-bloody way. 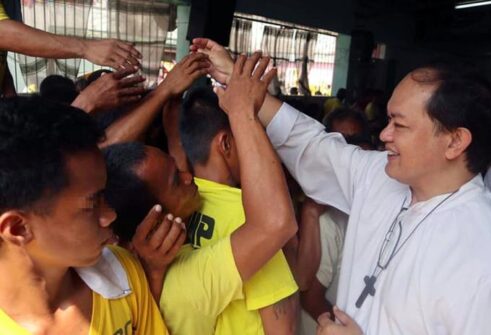 In a different, unitary way, the Philippine Church has taken a position on the situation created by the Russian aggression against Ukraine and has taken action in solidarity with the Ukrainian people and in welcoming refugees. After the appeal of the Philippine Catholic Bishops’ Conference (CBCP) to stop the weapons and start a dialogue between the parties, the vice-president of the Commission for Migrants and Itinerant People, Msgr. Ruperto Cruz Santos, expressed the Church’s support for concrete hospitality initiatives, indicating the Executive Order 163 signed by President Rodrigo Duterte for the reception of Ukrainian refugees, as ‘our gift to the whole world’ that the Bishops’ Conference and the Stella Maris Centre are committed to supporting.
However, even in the Ukrainian ‘case,’ the country’s contradictions in foreign policy emerged. The former Supreme Court judge, Antonio Carpio, urged the government to join the international pressure against Moscow, believing that ‘a mutual defence policy with other states to allow a balance of forces’ is ‘the only antidote that a weak state can use against invasion or annexation by a powerful neighbouring state’.
The closest reference is to China with which Manila has a long-running dispute over home seas. On the other hand, Richard Heydarian, a geopolitical expert and government advisor, spoke of Manila’s ‘deplorable case of toxic neutrality’. Under fire is the policy of non-interference confirmed by President Rodrigo Duterte, who is also hostile to closer strategic relations with his traditional US ally. 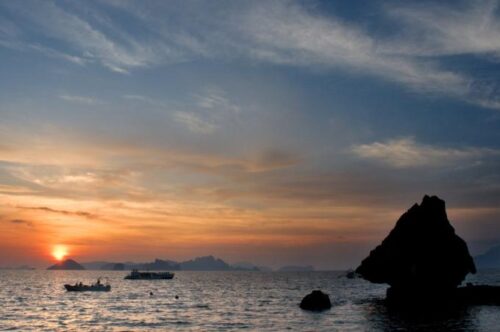 A boat sails through the South China Sea. Photo: 123rf.com

Heydarian called for greater involvement that starts with ‘a moral stance’ on the invasion suggested by many, and opens the Philippine territory to hospitality to refugees from the conflict, as it has been in the past for large numbers of people on the run from the Indochinese conflict. Even on this front, however, the president has shown that ‘only Filipinos count’ and that the policy of violent eradication of crime ‘will continue as long as there is even just one drug dealer alive’, reiterating that the international community must keep away from ‘His’ match.
The diplomatic inability that is part of the Duterte character has threatened to isolate the country. The need to confirm his leadership has made the outgoing president blind to the consequences of his attitude abroad, consequences that could have an economic and strategic impact on the whole nation. This begins with the problematic relations with Beijing which, in the South China Sea, pursues a policy of territorial control over large areas also claimed by Manila. Despite the sometimes-tense relations, the country has so far enjoyed military support from the United States.