Sounds with an unmistakably Arabian and Middle Eastern flavour, the sort of music that passionately involves those who hear it.

There are masterpieces that germinate far from the great circuits of the music business and pop up where you least expect them. This is the case of Fleuves de l’Âme by the Tunisian musician Houeida Hedfi. ‘Rivers of the Soul’ really, in the form of sounds with an unmistakably Arabian and Middle Eastern flavour, but at the same time usable and lovable even by ears not very accustomed to this type of sound.
Rivers of notes that flow from ancestral sources, but with the energy of contemporaneity, without forgetting that the word immediately evokes water, understood both as a vital element and a dynamic flow that often starts as light as a whisper and then grows to roar, and again softens into a peaceful flow. That is how it is also for Houeida and her music immersed in Middle Eastern and Mediterranean sauces. 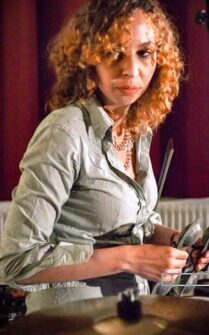 Fleuves de l’Âme, which took almost ten years of work – put together between Tunisia, France, and the Berlin studio of the well-known producer Dreijer – is an entirely instrumental album where each track includes the name of a river in the title. With the percussion to the fore, supporting arabesques of strings and piano and the flickering sounds of the bouzouki, the three-stringed mandolin dearly loved throughout the Middle East, is evident. Certainly, one of the most intense and exciting albums among those released in 2021 as part of the evergreen world music. A mix of avant-garde and folk, classical and minimalist music, interrupted melodies and intricate rhythms, something that cannot be heard in passing, music that challenges the attention and the mind.
An even more relevant work, if we consider that it is the debut of a 25-year-old musician. Houeida Hedfi is a multi-instrumentalist with a background as an economist; she cut her teeth in a band called Chabbouba, and first entered the record markets in 2011, appearing in a compilation of Tunisian artists. She is now based in Paris, a vital pole of multi-ethnic planetary pop for decades. But her heart and music continue to be above all in her native land and her cultural roots. 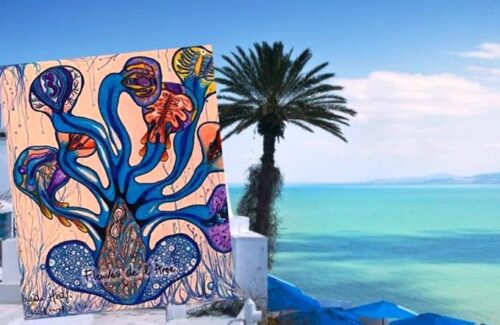 Especially since, for Tunisians, music is of fundamental importance, as it accompanies and marks the salient moments of everyone’s public and private life: weddings, baptisms, birthdays, and popular celebrations; and the songs related to the various events are often handed down from generation to generation. The typical musical instruments of Tunisia are the tabl, a barrel-shaped drum, and the zukrah, a kind of bagpipe.
Artistically Houeida was enchanted by the stambali, a religiously inspired dance (the belly is seen as a symbol of fertility) characterized by hypnotic percussive rhythms, but her hunger for melodies soon led her to a more varied stylistic hypothesis that mixes modernity and tradition, ancient instruments and electronics, classical echoes, and pop modernisms.
Fleuves de l’Âme is a splendid example of this, as well as a perfect promotional spot for a country that, despite its troubles, continues to represent an essential piece of Mediterranean culture. (Photo: SoundCloud)