With only 2.6 million inhabitants and an area of 824,292 square kilometres, Namibia presents a particularly complicated ethnic and cultural geography.

Low population density and the absence of large urban centres of development (Windhoek, the political capital and the main city of the country, has little more than 300,000 inhabitants) deprive Namibia of the powerful aggregation factor which, in other parts of the continent, is provided by rapid growth in the major metropolitan areas.
The most useful way to interpret Namibia is to note the counter-position between the central-southern area, which includes the capital and the main urban centres, and the northern region bordering Angola, separated from one another by the Etosha Pan, the great saline depression containing the main nature reserve of the country. 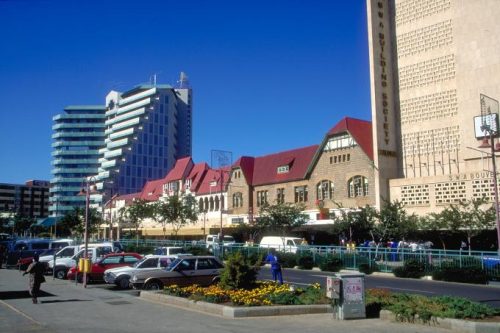 The centre and the south show more clearly the influence of South Africa and the imprint of German colonisation. It was due to the Afrikaans-speaking semi-nomadic ‘Cape Coloureds’, supported by the English and German missionaries of the Rhenish Missionary Society (predecessors of the Basters community of Rehoboth and the other coloured communities that today make up 6,5% of the population of Namibia), that, during the eighteen hundreds, Windhoek and the other towns with Dutch names scattered throughout the country, were founded. It was also they who made the first attempts at the political organisation of the region involving also the Khoikhoi groups (the Nama who today number 5% of the population) and the Bantu (Damara, 7%, and Herero, 7%), who were already settled in the region.

Starting in 1884, this fluid and unstable mosaic was under German domination that unified the country within its present boundaries and left behind it a network of roads and a very efficient postal system, the spread of the Lutheran version of Christianity and a German-speaking minority that today numbers around 30,000 people (little more than 1% of the population), concentrated mostly in the business and professional communities of the major centres. The period from 1915 to 1918, when it was under South African protection, was a decisive moment in the transformation of ‘South West Africa’ into a sort of appendix to its more powerful neighbour to the south. 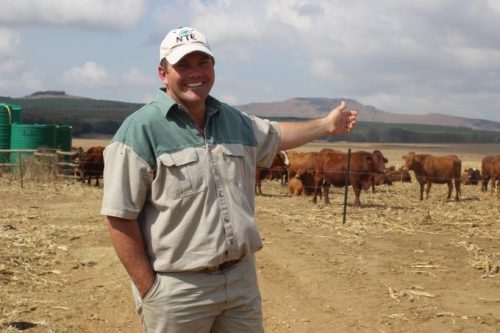 While it may be true that the long drawn-out controversy over the extension of the mandate (originally conferred by the League of Nations) attenuated somewhat the impact of apartheid law, the transformation of the country into a ‘fifth province’ of South Africa favoured the birth of a white Afrikaner minority (now little more than 4%) and the increasing gravitation towards the South African economy and Cape Town which finds itself functioning as the ‘capital’ of the country of Namibia.

Far from the colonial centres of development, relegated to the margins of the history of the country up to the Second World War, the northern periphery has taken a leading role since the sixties. Still living in tribal conditions, despite being evangelised by the Lutheran Finnish missionaries, the Ovambo (now by far the largest ethnic group, with 50% of the population of Namibia) took a neutral stance during the violent repression by the Germans of the violent Herero and Nama revolt of 1904-1905 and did not participate even in the first phases of resistance against the segregationist South African regime, led by such Hereros as Mosea Kutako and Clemence Kapuuo, in the forties. 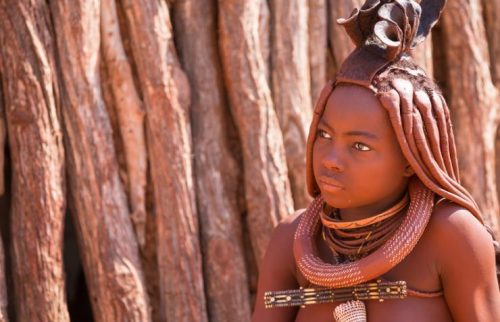 However, their role increased when the industrial revolution, sorely in need of manpower, began to force them, during the time of the harsh ‘Contract Labour System’, to move to the large centres. During the fifties, the Old Location in Windhoek (the only large black township in the country) and the industrial areas of Cape Town became the stage for the awakening and political mobilisation of a new Ovambo elite, which would give rise to the South West Africa People’s Organization (SWAPO), an organisation which, during the seventies and eighties, would gradually impose its hegemony of black liberation.
The change to armed struggle (1961) also helped to accelerate the shift of the centre of gravity of the country towards the north.
The fall of the authoritarian Portuguese regime in Angola and the formation in Luanda of a black, Marxist-inspired government in the mid-seventies made Ovamboland the main infiltration area for SWAPO guerrillas and the natural stronghold of the liberation movement. It remained so even after the guerrilla war had ended and Namibia had become independent, restoring SWAPO majorities in all elections held from 1989 until the present day and thus contributing decisively to ensuring that the SWAPO movement continued to be in control of the new democratic institutions. (R.R.)