Music and dance in Latin America has much of what is African. An example: the Tango.

The Tango was invented in the slums of European immigration in Buenos Aires a century ago; closely tied to an instrument such as the bandoneon (a musical instrument of the reed and bellows family, inspired by the concertina and accordion), from the Old World. It was adopted by Paris of the Belle Époque; immortalised by Hollywood in the Twenties: the tango may seem to be typically ‘white’. However, the name itself of this very popular genre of music and dance ought to suggest its African origin to those with a minimum of familiarity with that continent. 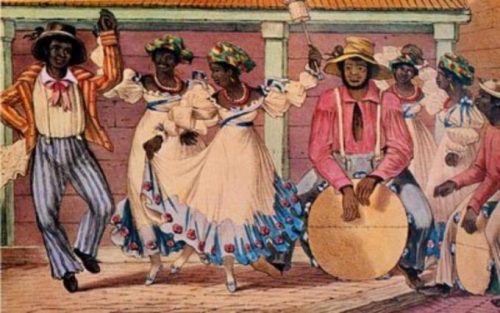 Does the name ‘tango’ not remind us of the ng consonant cluster? Is it pure coincidence that the ng consonant cluster goes back to the Bantu linguistic world and that it is the same one that we find, for example, in the name of that enormous region of Africa, the Congo. And also in the names of two musical instruments, the conga and the bongo, that originated on the American continent, more precisely in Cuba, out of the music of the peoples of African descent?
The word ‘tango’ was used in Spain with general reference to the dances of the blacks and with this meaning it seems to have appeared in Cuba, Uruguay and Argentina.  The latter country was substantially white and, in the past, Argentina was one great sorting house sending slaves to Chile, Peru, Bolivia and Uruguay. In the second half of the eighteenth century there were seven thousand blacks in Buenos Aires, most of them of Bantu origin.
In the region of Rio de la Plata, in past centuries, the word ‘tango’ indicated the head of the drum and also gatherings of black people. In fact, it was the people of African descent in Rio de la Plata who took to Buenos Aires forms of music and dance that would be of decisive importance for the birth of the tango. Their feeling for rhythm would influence the local declination of the habanera which, cross-bred in Buenos Aires with the milonga and the music of the pampa Creoles, formed the foundation of the tango. 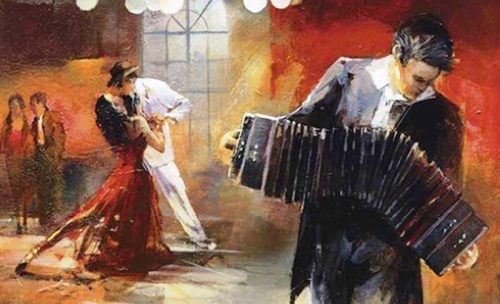 As a result, we find direct black influence in the tango, that of the originally African populations of Rio de la Plata; but there is also some indirect influence, that called ‘Afro-Cuban’ which is expressed in the habanera. Then the tango became the music of the Italian, Spanish and Jewish immigrants and its role in black culture was postponed to more recent times.The case of the tango is especially emblematic, though not isolated. Many musicologists have sought to obscure or minimise black influence on Latin-American music, conferring on the rhythms and instruments from Africa an unfounded European or Amerindian origin. However, as the case of the tango shows, some of the contributions to Latin-American music which, in geographical terms, came from Europe, cannot truly be considered European, at least not in the ordinary sense of the word.The Spanish and Portuguese colonisers came from the Iberian Peninsula where there existed, also in music, traces of black African influence that was created in the Iberian culture through direct contact (the black slaves brought from Moslem Spain, through the relations of Spain and Portugal with black Africa through explorations, trade, colonial operations and the slave trade itself), and indirect contact, (the mediation of the Arab-Moslem world). It would be unfair to the Amerindian musical cultures not to mention that, if they did not have more influence in Latin-American mixed race music, this was also due to the simple reason that they followed the destiny of the peoples whose expression they were, peoples who were often almost completely destroyed. This is what happened in Cuba, an island that would have a crucial role in the creation and diffusion of new musical models, in which powerful African elements emerged. In Cuba the Amerindian civilisation almost completely disappeared over a brief period.
The extermination of the Indios left the field free for an encounter between European and African musical elements. It was the latter that made the difference in determining the strongly expansive, original and hegemonic character of many kinds of Latin-American music. 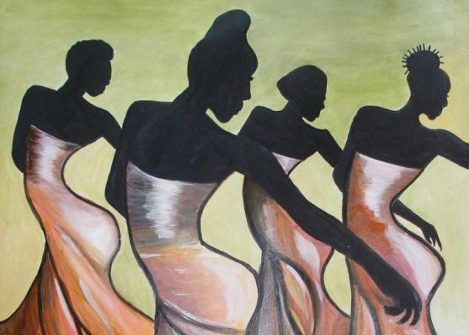 The African contribution did not only give something fundamental to the orientation of the forms of much Latin-American music: it has also permeated its spirit. The African element brought the sense of magic to Afro-Latin music, of the relationship between its body and its psyche and cosmic forces, and the mystery of the universe: a religious sense, broadly speaking. Thus, in the music of Latin America, it is hard to find a real border between the sacred and the profane. Not only do many of the musicians active in Latin American music –  as, for example, salsa music – have a background associated with originally African cults, but a ‘religious’ dimension is not completely extraneous to much Latin-American music which, to all appearances and at a superficial glance, would seem exclusively profane, like, again, salsa music.
Perhaps this is the real secret of the success in Latin America of the kinds of music that bear the mark of African origin (consider the success of music like the son, the mambo, the cha-cha-cha, the salsa, the samba, etc.): the element which, besides presenting attractive forms of original music, restores, even subliminally, to the experience of music, aspects which the West carefully expunged from its own official and dominant culture and which are, instead, strongly present in African musical practice. 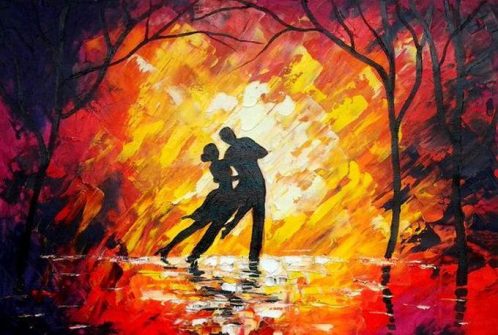 In the case of Latin America (the same is true for North America with its blues, jazz and their effect on rock, and now rap) and paraphrasing the famous words of Horace about ancient Greece, we may say music has been the powerful vehicle – perhaps the most powerful – by means of which conquered Africa conquered its conqueror. The irony of this African contagion is that, little by little, it takes over anyone who subdues it and, perhaps, there is no more suitable image than that of the church bells which – as noted in his time by Fernando Ortiz, the great musicologist and student of the Afro-Cuban World – in Cuba, ended up ringing out black rhythms.