In the end, Mons. Peter Okpaleke resigned. He was rejected by local priests and a group of Christians because he didn’t belong to the Mbaise ethnic group, predominant in the small diocese of Ahiara, in the southeast of Nigeria.
A missionary who has spent forty years in Nigeria explains the reasons and what is to be learned from this episode.

During the Synod of Bishops for Africa in 1994, when reports of the genocide taking place in Rwanda reached Rome, the late Archbishop of Onitsha, Most Rev. Albert Obiefuna, was credited with saying, “The blood of ethnicity is more powerful than the water of baptism for us”. This points to the importance of ethnic identity and solidarity in Africa and it alerts us to the danger of ethnic conflict, even in the field of religion. 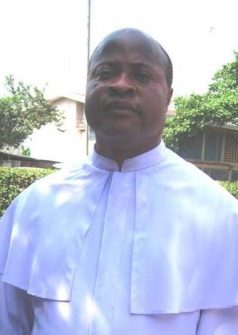 Secondly, the position of a traditional ruler, a Chief, is of the greatest importance for an ethnic group in Africa. Just as the Chosen People of the Old Testament demanded a king, so too in most African tribes a Chief is chosen according to their tradition and he enjoys immense moral authority over his people. And since the distinction between “what belongs to Caesar and what belongs to God” is not as clear-cut in African society as in the West, it happens that a Catholic bishop in Africa can be seen to occupy a position similar to that of a chief among his flock. It would be an abomination for a stranger to assume the position of Chief over his people, and that attitude can easily stray into the field of religion. This scenario must be borne in mind when reflecting on what took place in the Diocese of Ahiara (Nigeria) after the death of Bishop Victor Chikwe in 2012.
Unlike most dioceses in this country, which have many ethnic groups and clans, Ahiara has just a single clan of the Igbo people, the Mbaise.
It is by far the smallest diocese in the country (a mere 425 sq. km.) and is completely rural. Ahiara itself is no more than a village and, as everyone knows, old traditions die hard among agricultural people.  The conversion of the Mbaise clan to the Catholic faith was almost total, and vocations there are so plentiful that it is often claimed that Ahiara is the ‘Ireland of Nigeria’. The Diocese of Ahiara was frequently referred to as the ‘Diocese of Mbaise’ – and so it seemed to be: a particular Church for the Mbaise clan. 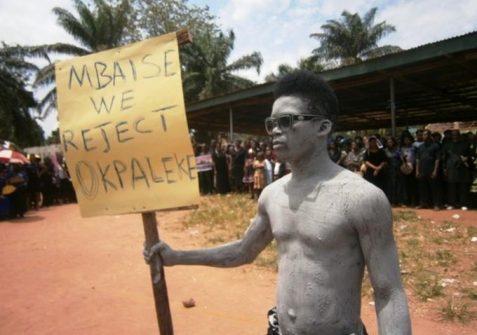 Ahiara may be the most Catholic diocese in Nigeria but, given the strong sense of identity of the Mbaise people, the essential catholicity of the Church may not yet (in little more than a single generation) have permeated the people’s acceptance of the Catholic Faith. This may help to explain what has taken place there over the past five years but, by no means, justifies it.
To reject a bishop appointed by the Pope may seem outrageous and even schismatic to any Catholic in Europe but, just as in other areas of life people hold conflicting views and values, so too in this case; and the faithful of Ahiara have shown no wish to reject their Catholic faith or to break away from the Church.
I have studied carefully the statement on Ahiara issued by the Congregation for the Evangelisation of Peoples and published by it on 26th February, and I thank God for the wisdom behind it.  It follows a long process of prayer and dialogue, during which the mistaken position assumed by many in Ahiara must now be realised by all but the most intransigent of the ‘rebels’.
It is a pastoral statement, which seeks to heal and to explain the true Catholic faith, which is never exclusive but embraces people “from every tribe and language and people and nation” (Rev. 5:9). 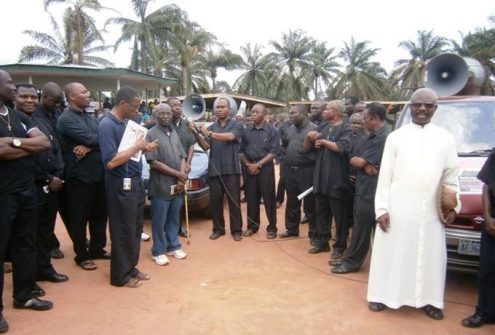 The generous resignation of Bishop Peter Okpaleke, the appointment of Bishop Lucius Ugorji as Apostolic Administrator, the rejection of canonical sanctions, and the particular concern of the Holy Father “who does not intend to appoint a new Bishop in Ahiara”, is a wise solution to a protracted and difficult problem.  It will dispel the confusion of the faithful in Ahiara and give the priests the opportunity to turn the page on the past and to build a more authentically catholic Catholic Church in their diocese.It must be admitted, however, that this episode has sullied the fine reputation of the Church in Nigeria, and is a caution to the Church in all of sub-Saharan Africa.  The warning given by Archbishop Obuiefuna at the Synod of Africa in 1994 (above), at the time of the genocide in Rwanda, remains apposite and is timely.