Tunisian President Beji Caid Essebsi wants new elections, promising they would be held in December 2019. The new elections have become necessary after the president announced that his ‘Nidaa Tunis’ (Call of Tunis) Party will break its alliance with the Islamist Ennahda Party, founded by Rachid Ghannouchi, the historic leader of the Tunisian branch of the Muslim Brotherhood. Essebsi and Ghannouchi had formed a coalition in 2015, which, for better or worse, has secured a form of political stability in the wake of the post-2010-2011 – ‘Arab Spring’ or ‘Jasmine Revolution’ turmoil. 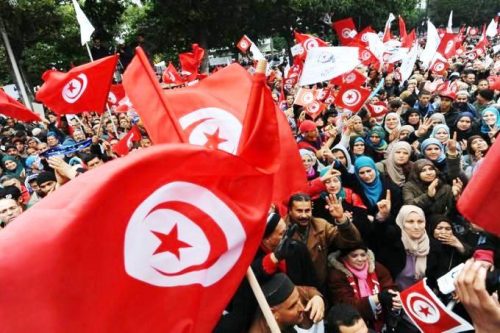 Ennahda and Ghannouchi’s Islamists were, in many ways, the biggest winners of the revolution, given that the government of the now exiled Zine el-Abidine Ben Ali had applied severe restrictions on their activities. 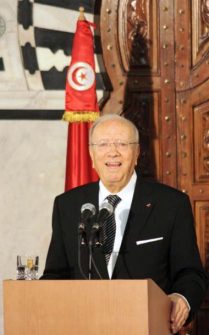 In Tunisia’s post-Spring political landscape, Beji Caid Essebsi, represents the country’s secular tradition, shaped by the historic post-colonial President Habib Bourguiba since independence in 1956. For decades, along with Syria and Iraq, Tunisia was perhaps the most secular Arab State.
The ‘alliance between Nidaa Tunis and Ennahda proved essential in soothing socio-political tensions in the wake of intensifying violence in 2012 and 2013. But, it was always a delicate compromise, however harmonious the personal relationship between Ghannouchi and Essebsi might have been.

The break of this alliance raises questions about prospects for social stability in Tunisia, especially given chronic economic problems, which have played no small role in perpetuating social tensions. The 92-year old president, who advised Bourguiba as far back as 1956, is himself on the way out of ‘Nidaa Tunis’. The much younger Prime Minister, Youssef Chahed, appears to be Essebsi’s natural successor and he has established a favorable working relationship with Ghannouchi. 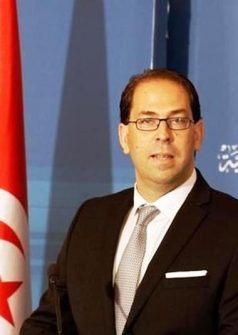 Thus, for the time being at least, the secular-Islamist political coexistence will continue. Moreover, in the 2018 municipal elections, the first ever democratic local elections held in Tunisia, Ennahda emerged as the strongest political party – even if it did not officially win (independents and Nidaa Tounes obtained more votes combined). Thus, Ennahda’s islamists have become the ‘kingmakers’ in the current ruling coalition at the national level. Where there is a brewing political crisis is within the Nidaa Tounes party itself. President Essebsi’s son, Hafez Qaid Essebsi, Leader of Nidaa Tounes, has called for prime minister, Chahed to resign because of his failure to revive the economy. Ennahda has been the main obstacle in the way of the resignation. Ghannouchi has sided with Chahed.
Perhaps, the relationship between President and Son, leader of the Party, reminds too many Tunisians, especially those who sympathize with Ennahda, with the bygone days of ‘pre-Arab Spring’ political dynasties. Still, regardless of the individual players’ ambitions, all political leaders must still confront the Tunisian General Union of Labor (UGTT). The UGTT may be less favorable to Ennahda’s ‘candidate’ (Chahed). 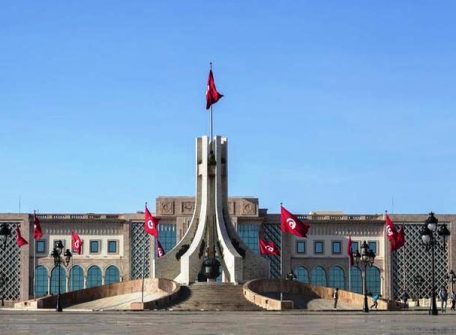 The union fears the free-market/neo-liberal economic reforms that the technocratic prime minister would push, given the latter’s declared penchant for tackling the reduction of public debt rather than addressing rising socio-economic differences. In other words, the UGTT fears Chahed as the IMF/World Bank man. The rest of Chahed’s own Nidaa Tounes Party sides more closely with the UGTT. Nevertheless, the intensifying political battle risks overshadowing Tunisia’s more urgent problems. Problems, which, if left unaddressed, will compromise not only the elections but the entire legitimacy of the democratic revolution.

The Jasmine Revolution is at Risk

Tunisia, the only country where the ‘Spring’ left a semi-favorable legacy, continues to endure a deep social crisis. The standards of success are low in this case. Tunisia is considered ‘successful’ because it’s the only country, of those that experienced wide scale uprisings in 2011 to have upheld the resulting political changes without degenerating in total anarchy (Libya), war or back to dictatorship (Egypt). Yet, a disastrous economic situation, compromises the tenure of democracy and its progressive Constitution in the North African country. In other words, the structural causes that sparked the initial anti-government revolt the interior rural area of Sidi Bouzeid remain intact. 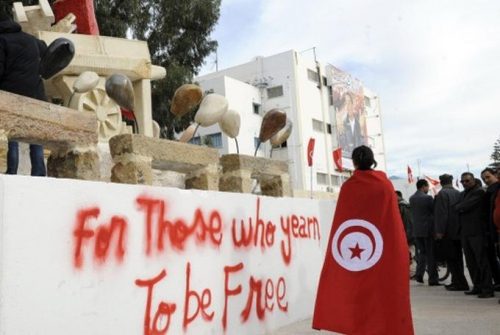 The economy remains weak, which forces the government to act in ways that ‘appear authoritarian’ due to a focus on structural reforms and austerity measures. One of the symptoms of the malaise is the rising migration phenomenon. The same poverty that in 2011 served as the fuel for the public display of anger and frustration, especially among the youth. Ben Ali may be gone but, Tunisians have discovered that democracy doesn’t necessarily imply prosperity.
The democratic Tunisian government has even succeeded in upholding secular ideals, but the economic problems make it weak and prone to frequent crises. For all of the technocracy of 40-year old Prime Minister Chahed, President Essebsi may be forgiven for being unable to ‘learn’ the new democratic ways. He tends to address economic protests and social tension with the army, which is regularly deployed to guard infrastructure and key industrial facilities (phosphate industry for example) during ever more frequent strikes
The threat posed by alleged ISIS or al-Qaeda terrorists further complicate matters. Indeed, the threat of extremist breakouts in Tunisia remains high, given the known presence of anywhere between 3,000 and 6,000 al-Qaida or ISIS fighters, many of whom are returning from war zones such as Syria and/or neighboring Libya. It’s no exaggeration to suggest that Tunisia is a corridor for jihadists heading to Libya.

Of course, poverty and unemployment don’t help. And that poverty tends to remain concentrated in the non-coastal rural areas such as Sidi Bouzeid itself. Such tows suit themselves to recruiters of unemployed young men to the ‘jihadist’ ranks, where they can at least earn however basic a living. The new democratic government has been unable to reduce the income and economic opportunity divide that exists between the coastal resorts, open to European tourists and their Euros (even if tourism has not resumed pre-revolution figures), and the depressed and eroding countryside. 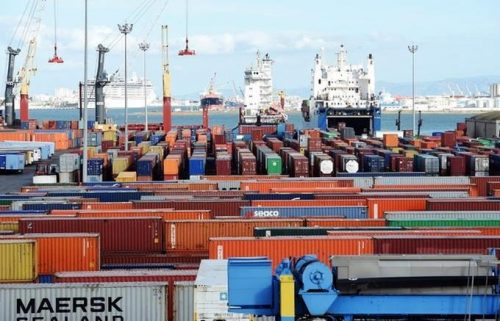 Given the decline in prices of phosphate, Tunisia’s national industry, the tourism sector – however more fragile – has become a main source of foreign currency. Unemployment stands at a conservatively estimated 15% – but almost 40% among youth on average (some 60% in the rural areas). But the government has few tools to improve the situation. It tackles deficits to please international donors and banks, raising the cost of gasoline and other services and reducing subsidies.
The risk, of course, is that the economic weaknesses that democracy has exposed will trigger widespread disillusionment among those who challenged the old guard. The revolution has not improved life for a clear majority of Tunisians. And political apathy, or democracy indigestion, has already shown its first effects: in the May 2018 municipal elections, the turnout was a dismal 34% of those eligible to vote. 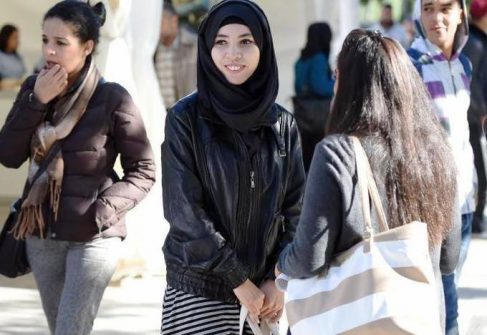 Tunisians appear to have grown tired of democracy already. And it’s understandable, given that both parties in the coalition government, despite their wide disparity in political and social direction – a coalition formed by the laity of Nidaa Tounes and the moderate Islamists of Ennahda – have both gladly accepted IMF conditional loans in exchange for harsh austerity, which inevitably hurt the lowest classes. In this context, there are few prospects to prevent the frequent strikes by workers from all strata, including teachers, professionals and unemployed while investment in the weakest – and most ‘islamist’ prone rural areas – remains non-existent. Whatever, and undeniable, progress Tunisia has made in the development of institutions, the austerity and unsatisfactory economic conditions leave a Damocles’ sword hanging on its budding democracy.