It is used as medicine, source of fibre, and wood. But also in the treatment of numerous diseases and disorders.

It is a low-branching deciduous shrub with a flat, spreading crown and usually grows up to about 10 metres in height. The stem-bark is grey to reddish, the leaves alternate, bipinnate with apex, round to slightly obtuse and slightly mucronate, appressed, pubescent above and below. Or sometimes they are glabrous above, but rarely entirely so; petiole glandular. In florescence it has creamy white or fading yellowish, sweet scented flowers.  The fruit is a large, flat legume and the seeds oval and flat. The pod splits between each seed and leaves the pod rim forming a wing-like structure which is important for the seeds dispersal process. The name Entada is derived from an East Indian vernacular name while its botanical Latin name Abyssinica means ‘from Abyssinia (Ethiopia)’. Entada abyssinica (Fabaceae Family) is widely distributed all over tropical Africa including Angola, Zambia, Zimbabwe, Mozambique, and from Sierra Leone to Ethiopia. 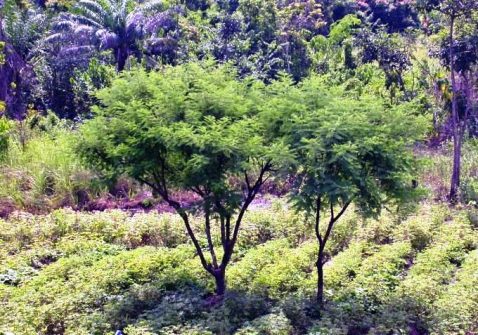 The tree is harvested from the wild for local use as medicine, a source of fibre, and wood. It is sometimes grown as an ornamental plant in homesteads. It is traditionally used for the treatment of bronchitis, coughs, diarrhoea, fever, and to alleviate arthritic pains. It has also been used in the treatment of numerous diseases and disorders. A decoction of the bark is taken for treatment of coughs, colds, syphilis, chronic bronchial engorgement, rheumatic pains, and abdominal pain. In addition, the decoction is also used in some communities for the treatment and management of peptic ulcers. The stem bark is also used to treat mouth wounds and malaria. However, sometimes the bark infusion is used as an abortifacient.
The leaves are febrifuge and tonic. They are used to make a tonic tea and for wound healing. The leaf decoction is used for treatment of fever and malaria. Babies are bathed with the leaf decoction to remove skin rashes. The decoction is also administered to expectant mothers as a treatment for morning sickness and bathing with the leaf decoction is known to relieve backache. 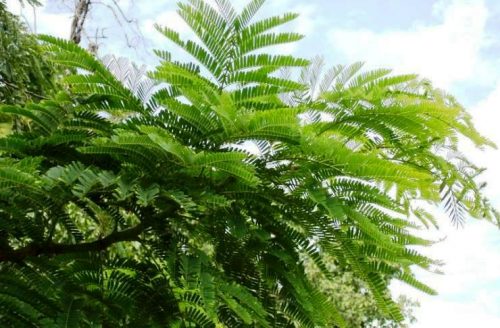 An infusion of crushed roots is good for treatment and management of bronchial problems. In some communities, the roots decoction/infusion is administered as an antidote against various toxic agents. The root decoction is also used as a remedy for fever. The powdered root bark can be mixed with petroleum jelly and applied as a massage for swelling. The crushed fresh roots decoction is administered to treat gonorrhoea.
The roasted pulverized seeds can be inhaled to relieve frequent sneezing and can also be used to treat cataracts and diseases of the eye. The raw fruit induces vomiting and is used as an antidote for snake venom. 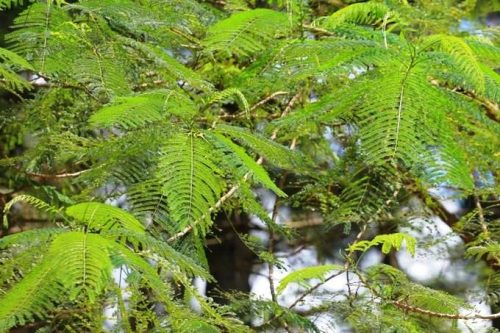 Apart from its medicinal potential, Entada abyssinica’s ashes from the wood is rich in potash and is suitable for soap making. A fibre obtained from the inner bark is used for making bands and ropes. The soft wood is used for small carpentry and also provides a good source of wood fuel. Furthermore, the tree is often used around homesteads as ornamentals. It also has the ability to fix atmospheric nitrogen in the soil.The phytochemical screening of Entada. abyssinica indicates the presence of alkaloid, flavonoids, saponin, terpenoids, and kolavic acid derivatives. The leaves contain rotenone and tannins. In fact, the presence of these bioactive phytochemicals in Entada Abyssinica may explain their reported pharmacological properties including antibacterial, anti-trypanocidal, anti-fungal, and
anti-inflammatory activities.