Far from the reflectors of global strategies and tensions, the small South-East Asian island country seems to be suspended in a reality of wellbeing and peace. But it is really living through profound contradictions and in danger of drifting into fundamentalism as has happened in other nations of southern and South-East Asia provoked, if not motivated, by political reasons.

With more than half of its 420,000 subjects in the capital Bandar Seri Begawan and the rest scattered throughout 5,770 square kilometres of territory facing a sea rich in petroleum and gas deposits, Brunei is one of the better-off countries of the world with a high standard of living, good public services and a more than adequate welfare that includes free health care and education.However, Brunei, located geographically on the southern coast of the immense island of Borneo, and historically heir to the division of the British Malayan colony into several states, has taken the path of integral Islam. This it did in 2014 when it published in its official gazette its official commitment to introduce Koran-inspired Sharia Law within six months. 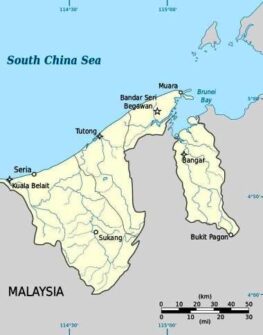 A radical ‘about-face’ in what was until then seen as a country known more for the excesses of its royal family than its reality, communicated by the Sultan in person, the now 75-year-old Hassanal Bolkiah, the heir in a family that had been in power for centuries, having survived unscathed through colonial wars and conflicts. The most recent of these being that of Great Britain which imposed protectorate status that terminated only in 1984.
It was the Anglo-Saxon-inspired penal codes that then defined crimes and punishment, while religious law was relegated to personal or family disputes. The Sultan had subsequently specified that the application of the Islamic penal code had been in the pipeline for years but had only become a reality with the publication of the law to be applied ‘within six months and in phases’. “With the coming into force of the present law, we are fulfilling our duty towards Allah”, he had added. With severe consequences, given that the new regulations that had been under discussion at least as far back as 1996, foresaw the amputation of limbs for thieves, whipping for people who drank alcohol or practised abortion, and stoning for those guilty of adultery and other crimes.
While much is still to be done in the application of Islamic law, the principle of a state that is subject to religious law remains intact, along with the concerns this raises. 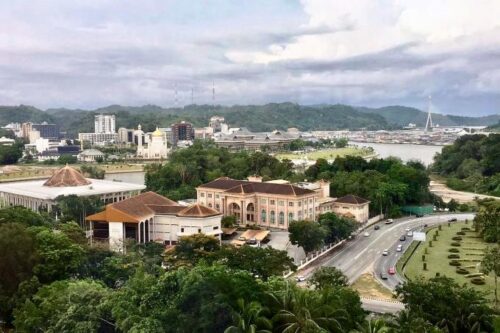 A panorama of Bandar Seri Begawan, capital and largest city of Brunei. (Zulfadli51/CC)

In any event, the new norms have caused perplexity and protests in Brunei itself where demonstrations of dissent towards the decisions of the sovereign and the authorities, in general, are very rare. In particular, activists and ordinary citizens have found the Internet and social media to be useful means in coordinating and spreading their unease.
It is greatly feared that Islamic Law may also be imposed upon non-Muslims or that it may create hostility or discrimination towards them. Among those of this view are the Chinese who make up 15% of the population as well as the immigrants, some of whom follow the Christian faith.With the date of application approaching, the UN High Commissioner for Human Rights expressed its ‘deep concern’ at the punishments contained in the new norms considered – it pointed out – to be similar to ‘torture or other cruel, inhuman or degrading treatment’. 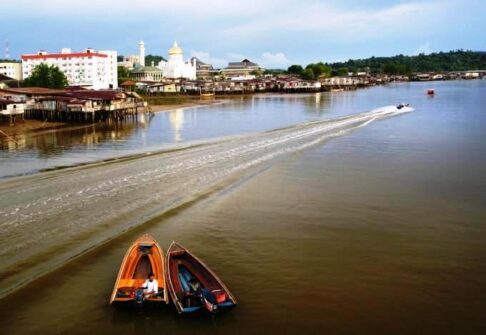 In this there would be nothing new, were it not that the provisions add one more country to the list of those with draconian religious laws which place Brunei in a position of avant-garde among its Muslim neighbours that are much larger and of greater influence (but with a lower per capita wellbeing) such as Malaysia and Indonesia. They do all they can to counteract the pretensions of Islam-inspired politics to set in motion a process of adherence of the law to Koranic dictates according to the interpretation of Sunni Wahabit law, disavowed by moderate Islam and other juridical traditions.
The fact remains that the provisions of the new code have been ardently desired by the sovereign himself and that the various postponements that finally led to its introduction in May 2014, were due – they informed those personalities involved in the study and practical application of the new norms – not to opposition but to ‘undeniable requirements’ of Hassanal Bolkiah. (S.V.)