It is estimated that there are 152 million children in the world who are compelled to work with 72.1 million of these in the African continent alone. Out of these, 31.5 million are engaged in heavy and dangerous work. Covid-19 has aggravated the situation.

Before sunrise, Jean Pierre sets out on the rough path that leads to the mine. On his way, he passes the school thinking how good it was to attend the lessons and playing with his friends in the care of their kind teacher. Jean Pierre is ten years old and one day is just like any other, as he works in the Alga goldmine located about 130 km north of Ouagadougou the capital of Burkina Faso. The mine is impressive. It consists of a barren slope covered in grey dust and pockmarked by dozens of pits, some covered by tumbledown shacks. Hundreds of people are busy working around those holes, their faces and clothes disguised by the dust. 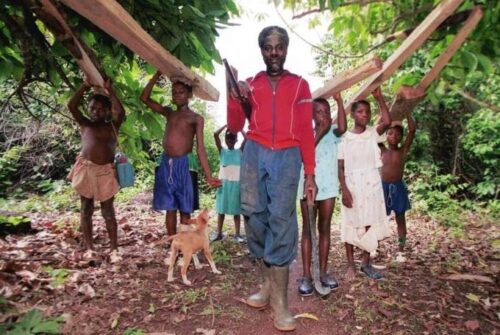 Every morning, the ritual is repeated: the Alga miners descend on hand-operated winches into the pits more than 170 metres deep. They work twelve-hour shifts. First, they must dig a pit down to the level of the gold-bearing vein and then proceed horizontally following the veins. They use dynamite to extract the precious metal. The pieces of rock are collected in sacks and brought to the surface. There are many children to be seen crawling in the dust amidst the noise of the generators and other machinery. Some of them are less than ten years old. They break the rocks into small pieces or separate the gold using toxic mercury. Others go down into the pits. Many children take amphetamines to keep working, reduce anxiety and withstand hunger. 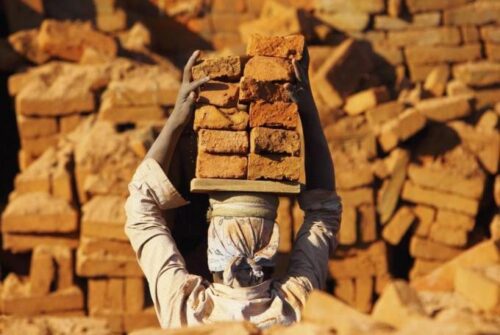 Today, it is calculated that there are 152 million children doing the most diversified jobs. Of these, 72.1 million are to be found in Africa (there are 62 million in Asia and the Pacific area). Anyone who has spent some time in Africa considers this number an underestimate.
In African countries, it is quite normal for children to work and this is no cause for scandal.
We are obviously speaking of light domestic work which, in rural areas, includes fetching water from the well or firewood in the bush. These tasks are seen as lessons in growing up, learning how to obey one’s elders and make that essential contribution required by very low-income families. There are also small jobs to be done helping in the fields or fishing for some hours of the day.
The problem arises when the work – sometimes heavy – occupies the whole day, depriving the child of the hope of personal and social betterment provided by attending school. Then there is the question of heavy and dangerous work. The International Labour Organisation (ILO) estimates that in Africa alone 31.5 million children work in mines, and on tobacco and tea estates.
Some children involved in recycling material are seriously exposed to substances that are dangerous due to their high toxicity. 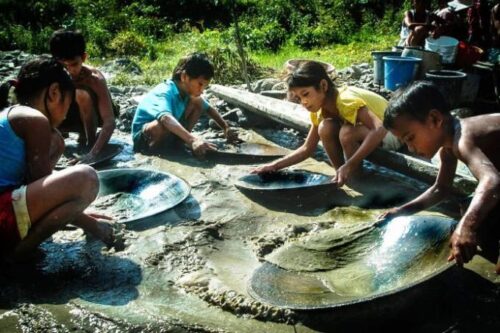 Children pan for gold in a hinterland village in the Philippines. (photo credit: Mark Saludes)

The highest percentage of child workers (59%) belongs to the 5 to 11 years age group. In most cases, their work is not remunerated except with a plate of food. Already in 2015, the world leaders signed up to the 2030 Agenda for Sustainable Development.
The aim: ‘To eradicate forced labour, end modern slavery and human trafficking and secure the prohibition and elimination of the worst forms of child labour, including recruitment and use of child soldiers, and by 2025, end child labour in all its forms’.
Things have not followed this path and this was not due to the pandemic. The changing economy, demographic increases and other factors prevent government efforts from moving in the right direction. This is claimed by the technical overseers of the development plans. Doubtless, the time has come for the less fortunate to combat what is happening in some societies.Recently, the ILO sounded a new alarm: a world crisis in the world of work. The crisis is the direct consequence of the pandemic and is numerically quantifiable: during 2020, 255 million full-time jobs were abolished. 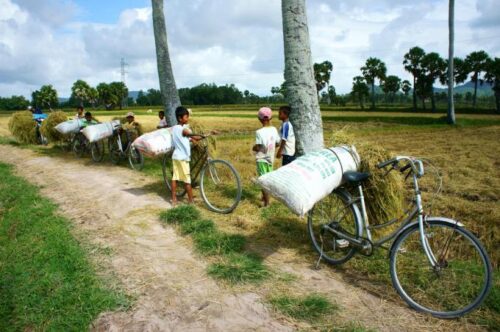 This is an alarming figure regarding the global situation and will impact especially the young generations and makes it less likely that jobs will be available for people with no particular qualifications. In such situations, the instinct to survive overpowers any moral questions or good resolutions by international agencies.
According to the Global Employment Trends for Youth, between 2018 and 2020 in Africa, the unemployment level amounted to a little over 40% just as the rate of extreme poverty also reached 40%. This is the situation in which not only children and youth who are now going to school will find themselves, but also those who ‘collaborate’ in the family economy.It is obvious that the goal of eliminating child labour must be concentrated on programmes involving states, work policies, vocational training programmes and even social programs with families. The obligation of sending children to school cannot be seen as a duty where a basic livelihood is lacking but also as a hope that things will improve through education.Covid-19 has certainly worsened the situation, especially for the weakest. 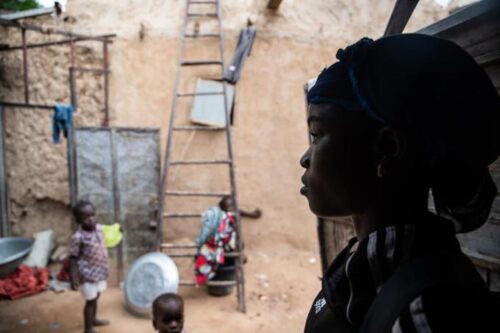 The World Health Organisation has sounded the alarm: about 66 million children will soon find themselves in a situation of extreme poverty as a result of the pandemic, a huge number that is to be added to the 386 million already in such a state.
The forced closure of schools, in some cases for 10 consecutive months, has left millions of children without education, with girls the worst affected. Many governments have not provided adequate assistance to attenuate the impact of the economic recession which has had a disproportionate impact on such vulnerable groups as migrants, minorities and low-paid workers and has worsened the present challenges such as child labour, poverty and inequality in Africa.
(Open Photo: Nasrin (11) fixes her tools for picking through garbage at a garbage dumping site in Dhaka, Bangladesh. © UNICEF/UNI123150/Khan)