The modernisation of the state forms part of the ‘Kazakhstan 2030 Plan’ launched by Nazarbayev in 1997 with the aim of transforming and developing the country, and now continued by his successor.

The plan is based upon wise economic options, the strategy of which is not limited simply to the exploitation of the enormous energy resources available, but seeks to motivate ambitious processes of development. Such processes are based upon public-private partnership and attracting foreign investors enticed by the privileged geographical position which places it in proximity to the great markets of Russia, China, and India. 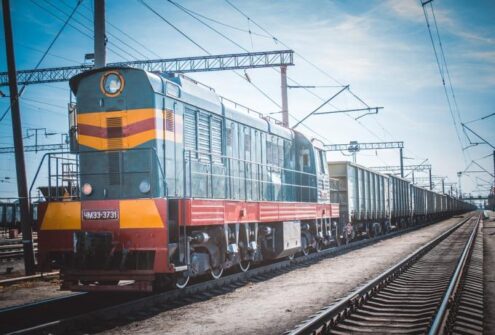 This geographical peculiarity, besides making Kazakhstan a transcontinental state, renders it a potential logistics platform for exchanges between Europe and Asia, especially at the present moment which is witnessing an epochal change in geopolitical and geo-economic scenarios. Major interested powers are responding to such scenarios also by the realisation or planning of great infrastructural works. Within this new framework, Kazakhstan, which already identifies itself as a ‘land-bridge’ joining the economies of Europe and Asia, finds itself at the heart of a new axis of east-west logistic efficiency represented by the ongoing wave of construction of motorways, railways, and pipelines for a total of eleven transcontinental trade routes joining the markets of Europe, Russia, and China. The spiderweb of trade and energy routes that criss-cross Kazak territory allows the country to belong simultaneously to the Eurasian Economic Union, the Belt and Road initiative, and the Turkish Council.
The wise economic choices implemented in the course of the past three decades have brought the country to the vertex of the classification of the economies of Central Asia obtaining, in 2009, the important achievement of having completely defeated poverty and to have virtually eliminated the number of those living on less than 3.20 dollars per day.
According to data provided by the World Bank, in 2020, the country possesses the twentieth most favourable investment climate in the world and this is also favoured by the creation of twelve special economic zones. Furthermore, during those years, the directorship has worked mostly for economic diversification which has produced a vast expansion both in light and heavy industry, with important development
in these sectors: agriculture, oil, tourism, car production, building, and pharmaceuticals. 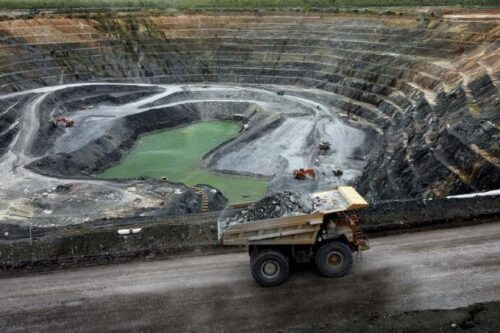 Kazakhstan is one of the world’s leader in uranium mining.

Kazakhstan may also boast of being the world’s number one in uranium production, a primacy it has held since 2009, overtaking Australia and Canada in productive capacity with more than 14,020 tons of metal produced, amounting to 43% of world uranium production.Work is also being done to facilitate the development of small and medium-sized businesses with a considerable numerical increase expected and, as foreseen by the ‘Kazakhstan 2030 Plan’ which proceeds respecting an assigned timetable, the streamlining of state bureaucracy.
Important steps forward have also been made on the energy front. In this sector, despite the high number of deposits, the work on diversification forges ahead with the development of wind, solar and hydroelectric sources, thanks to the support given to foreign companies both German and Chinese, with the aim of supplying, in the next four years, at least 6% of the demand for electricity. This process is also facilitated by the vastness of the territory, together with the large amount of available water and the meteorological conditions. 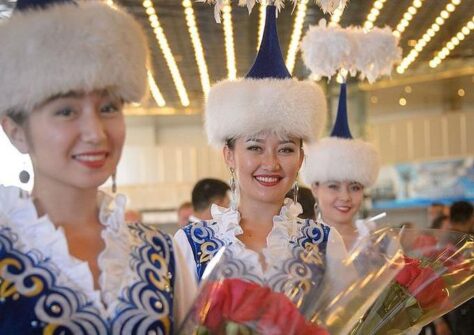 The themes relative to clean energy and the relationship with the environment were central to the great Expo 2017 display held in Astana where Kazakhstan was able to show the world its potential, its degree of development, and the skills it has acquired in recent years. That, together with the energy transition of the country after having signed the Paris climate accord in 2015 and proceeding to go ahead with its own green transition of large reforestation plans, appear to have already achieved remarkable results.
This is with the aim of planting one billion, seven hundred million trees in an area of 842,000 hectares before the end of 2026, and to reforest 5% of the entire territory before the end of 2030. 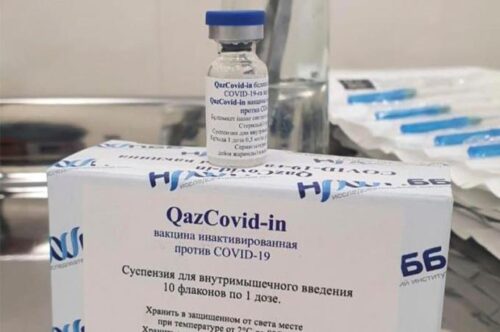 One of the other great goals reached by the country has been the official presentation of the vaccine against Covid 19 QazCovid-In, which took place in April 2021. This vaccine is entirely manufactured in Kazakhstan with no outside help and took less than a year to produce, starting in March 2020 at the explicit request of President Kassym-Jomart Tokayev.
Kazakhstan is also involved in maritime mega-structures with its proposal to construct a ‘Eurasian canal’ to allow its ships to sail from the Caspian Sea to the Black Sea and from there, through the Bosporus, to the Mediterranean. If this proposal were to be carried out, it could make the country, with its geographical position, a significant logistical platform of ‘Eurasia’, a prominent sorting house for goods and services, and an attractive centre for investment in the ‘heart of the world’. (F.R.)
Open photo: © Can Stock Photo / ppl58