In April and May 2021, two groups of French officers (both retired and serving) from different branches of the armed forces wrote open letters to politicians to denounce the degrading of French
institutions and society.

In their opinion, this is due mainly to the growth of identity politics and groups that challenge French culture and history and, consequently, divide the country. Among other things, the military denounce the loss of state control in entire areas (especially urban) and forecast a situation of chaos that will lead to civil conflict. They fear that in the near future troops will be deployed to restore peace with the use of force not in a failing Third World country but in France.
Those who wrote the two letters seem to think that there is still room for manoeuvre, and a gloomy future for France can be avoided if the right policies are implemented. 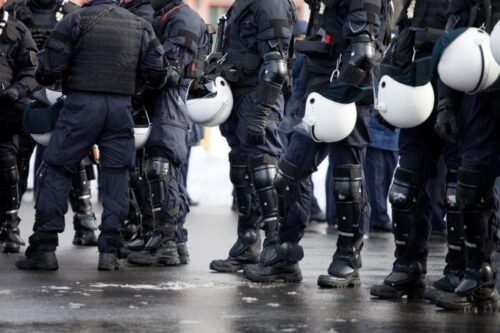 The authors of the two letters have been accused by some French commentators of preparing a military coup or, at best, of unduly influencing the public debate. Maybe some sectors of the French armed forces do think that military rule will solve the country’s problems.
But the letters seem only to be genuine warnings to anyone who wants to listen. Those who wrote them know that if France enters a spiral of chaos, the soldiers led by them will be deployed in their own country to fight an internal threat. Sometimes the whistle-blower is mistaken
for the troublemaker.

Feral cities
The predictions of these generals and officers are similar to what David Kilcullen (a former Australian officer) wrote in “Out of the Mountains”, a book on the future of war published in 2013. Kilcullen, among other things, spoke of a future in which large parts of the world population will live in neighbourhoods that will escape the control of the state. 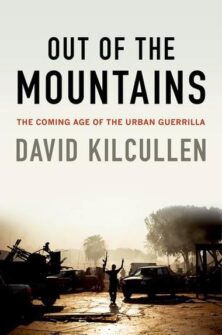 He wrote of “feral” cities, urban areas “moving backwards in time and downward in social order, regressing to the warlike chaos of the wild – not a non-city but an anti-city, a perversion of the natural way of things” (page 69). Some of the French officers were deployed in places like Afghanistan, the Central African Republic, and Mali that look like what Kilcullen described.
According to Kilcullen, “society abhors a governance vacuum. People will replicate police when the police are inadequate” (page 95). If a state retracts from some areas of its territory, other entities will take its place (criminal gangs, traditional leaders, etc.) and will rule that area with some kind of violence. It seems that what Kilcullen forecasted will take place also in France.

Anomy and anarchy
The situation described by French officers and Kilcullen can be defined as “anomy”. This idea, developed by French sociologist Emile Durkheim, can be translated as a “condition of absence of law”. Due to a series of conditions (war, political crises, pandemic, etc.) the principles and the laws that regulate the life of a community weaken to the point that they have no more sense for the people they are supposed to influence.

In the third book of his “History of the Peloponnesian War”, the Greek historian Thucydides describes this situation in the city of Corcyra during the Peloponnesian war. “With all life thrown into chaos at this time of crisis for the city, human nature triumphed over law: it had always been inclined to the criminal breaking of the laws, but now it revelled in showing itself the slave of passion, a stronger force than justice, and the enemy of anything higher. People would not have set revenge above piety or profit above adherence to the law if envy had not worked its corrupting influence on them. And though the commonly accepted laws in such areas underpin everyone’s hope of personal rescue if they meet with trouble, men think they have a prior right to set these laws aside when taking vengeance on others — and not leave them intact against a time when they themselves might be in danger and have need of one of them” (translation by Martin Hammond, Oxford World’s Classics).
Anomy is different from anarchy. Anarchy can be loosely described as “a condition where there is no ruler”. In principle, an anarchist aims to build a society with rules accepted and implemented autonomously by its members with no authority to impose them.
One can discuss on a theoretical plane if that idea is feasible but, in this case, it is important only to notice that anomy is different from anarchy. And it is much worse.

The Wild West
It would be easy to describe anomy using the image of “The Wild West” usually used by the press and taken from the movies.  But there is neither romance nor heroism in anomy. As described by Thucydides, in this condition every rule is refused, and egoism takes the central spot at all levels. Violence becomes the main tool since for an individual there is no other way to reach his or her goals (or at least he or she thinks so). Society morphs into a set of groups of people temporarily linked mainly by self-interest that perceive other groups as competitors and possible aggressors. There is no common history, shared values, or unifying goals to keep society together. Since there is no trust in other groups and in a common system of rules to solve the problems, the use of violence is only a matter of time. And there is no limit to it, such as the principle of the proportionate response to a threat. 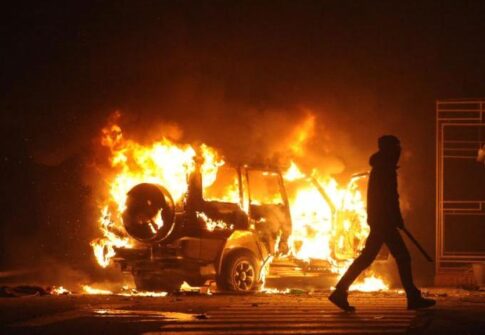 Some could even find this situation desirable, as limitations to the pursuit of his or her goals seem to fall short. He or she may be strong enough (in terms of wealth, connections, physical strength, etc.) to impose his or her will. But sooner or later, violence will overwhelm him or her, since the number of groups and sub-groups that fight to prevail tend to grow due to rivalries. This dynamic will lead to chaos. Some individuals or groups may try to exploit the situation to replace the government. By doing this they will surely tear the social fabric apart. And, due to the complexity of reality, it is probable that they will be overwhelmed by the violence they unleashed.

Everyone is involved
The French officers have shone the spotlight on a danger that is of concern not only in developing countries but in all countries. The social fabric can be destroyed, the ties between individuals and groups can be severed and internal conflict can be unleashed. Therefore, every society should make a deep self-analysis to understand if it is taking this risk.
The degrading of society is not an unstoppable process, even if it progressively accelerates over time and, at a certain point, things could fall apart. It is also true that there are different forces that, voluntarily or not, are allowing this dynamic to progress.
But a collective effort could avoid the collapse. The question is: Are political leaders aware of this danger?
The fight against anomy is of concerns to all citizens. Since at all levels there are individuals that try to divide society, there must be other people that try to unify it.