We met Sister Benjamine on the outskirts of Lima at a place called Pueblo Libre. She told us: “I am part of the Kawsay network of the Conference of Religious in Peru, a network of consecrated people whose main concern is to fight against human trafficking. ‘Kawsay’ is a Quechua word that means ‘to live’.” The network is composed of more than 38 religious congregations and some diocesan priests. The problem of human trafficking in Peru is increasing both as to the number of victims and the ways and means used to recruit the majority of the women and girls. Poverty is one of the factors that render people much more vulnerable. The precarious living conditions of many families open the door to ‘tempting offers of work’. 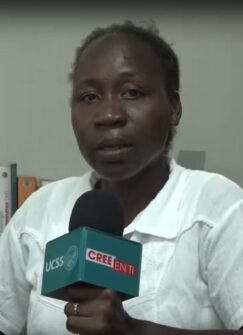 There are no official figures but according to the office of the Ombudsman, the chief defender of the Peruvian people, last year about five thousand people disappeared. Of these, 1,506 were adult women and 3,510 were young girls. On average, fifteen people disappeared daily, or one every two hours. According to the police, the disappearances are connected to the gender violence that exists in Peru, to human trafficking, family traumas, and the lack of a standard system of rapidly tracing women who have disappeared. During the lockdown, the organisation for human rights in Peru reported mostly the disappearance of adolescents fleeing a life of violence, who are kidnapped or end up being trafficked. Sr Benjamine explains the aims of her work: “First of all the prevention of trafficking by means of various workshops to strengthen women, developing activities that increase the self-esteem of minors, promoting a culture of prevention, and safeguarding against sexual abuse. My main activity is to hold training workshops for teachers, administrators, managers, assistants, support personnel, authorities (police, procurators, and the personnel of the centres of admission for minors), catechists and parents. I attended a six-month training course organised by the Ministry of Internal Affairs of Peru; this helped me to understand the law and to speak from knowledge of the law and not just from experience”. 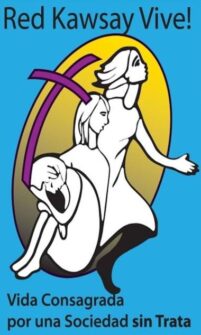 Her work has led Sr Benjamine to visit various places in the country and to meet people, especially the youth. The religious Sister informed us: “Human trafficking is a crime that hides many other activities that the traffickers use to attract vulnerable people. In many places, most of the victims are young, especially girls under eighteen”.
The missionary Sister dwelt especially upon one particular episode: “I was struck by the case of a girl of seventeen in a jungle village. When she finished secondary school, she went to the city to prepare for the college entrance exams. Unfortunately, she failed the exams as she had not had the same quality of schooling as the young people from the city. When she arrived here, there were many demands upon her finances (lessons, rent, food, etc.). Without realising what was happening, she allowed herself to be exploited sexually. She was given a job in an internet cafe where she would help people to go online. I called her one day and she said: “Please call me later Sister” I knew something was wrong and called her back a few days later she told me she no longer worked there because she had been made to sign a one-month contract to provide sexual services to male clients. I listened without judging her. Due to the added problem of the pandemic, she could not continue and returned to her village”. 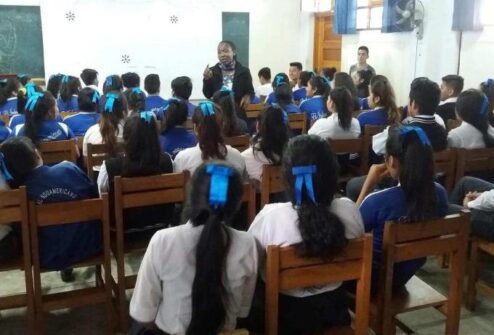 The missionary continued: “One problem we have is that many of our target people (young people and teachers) live in remote areas that are hard to reach, which makes follow-up all the more difficult. Another is the fact that, in many cases, people do not know what is meant by the term ‘human trafficking’. Many people confuse the meaning of the words and imagine they have something to do with treating people well. They are unaware of what it truly involves. This is a crime that has no regard for frontiers and is creating an increasing number of victims in Peru. There are minors and adults who are kidnapped, forced to comply, detained, and compelled to various types of sexual exploitation. They are forced to beg on the streets where they live in sub-human conditions and are even robbed of their internal organs. This is a huge problem with many facets. The worst affected are the children and adolescents”.
The country has the highest Covid-19 mortality rate in the world and has had more than two million cases, and 190,000 deaths. Sr Benjamine tells us: “Because of the pandemic, the women have found themselves in a very difficult situation. For this reason, we provide them with basic foodstuffs and items of hygiene, and we use the opportunity to raise people’s awareness and help them to protect themselves from the Covid-19 and human trafficking. In other parishes, we have set up ‘soup kitchens’: we buy the food, and a group of women do the cooking and distribute the food according to the number of members in each family”. 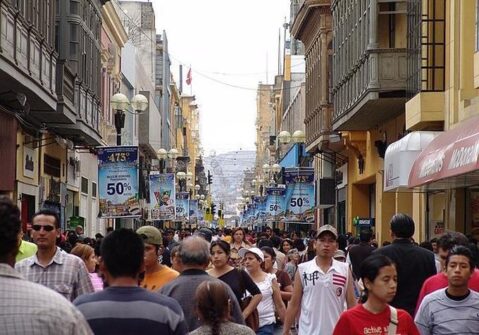 Even though the borders have been closed because of the pandemic, human trafficking has increased. The traffickers are using new ways and means to continue to capture and deceive potential victims, mainly through the internet and social media. “We have recently seen some of the social media – Sr Benjamine adds – carrying advertising to get people to go and work in the United States or in Europe where a person may work and study. Quite a few young people fall into this virtual trap”.
Since it is difficult for them to move around the country due to the pandemic restrictions, Sr Benjamine and her group have organised an online training workshop for young people and teachers. “We work with them to raise their awareness so that they do not accept offers of work over the internet.  By way of prevention, we have transmitted videos in which we speak of human trafficking, its causes, and the physical and psychological consequences. Our work has produced results and people have begun to report trafficking more frequently. A short time ago, a young woman told me, “Sister, I recently saw an offer of work online. I remembered what you had told us, and I looked to see if it was true. Two days later, the feature had disappeared. It was all lies”. 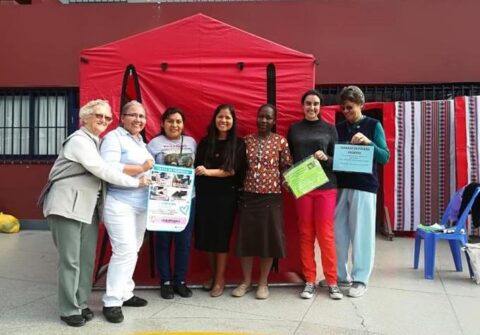 Sr Benjamine concluded: “We are very close to the people and work with them. We are dealing with a vulnerable population, and we must involve them in the search for solutions so that they can make some progress. When I end a workshop with young people, I ask them: “Now what shall we do? What will I do to spread the conclusions of this workshop?” Sometimes they want to do something in particular but do not know what. Then I ask them for their ideas, and we discuss them together. Many groups call me to tell me of their activities and encourage me to continue my work. This is what, in the final analysis, our Founder Saint Daniel Comboni wanted: “to form leaders and build up the local church”.” (R.S.)