The indigenous Pech people (one of the original peoples of Honduras), is one of the few with nomadic roots in Central America.
Their vision of the world is closely connected to the care and conservation of the Earth.

Their origin is not known for certain, but it is believed that the indigenous Pech group is descended from the Chibcha indigenous group of South America. It is believed that they first arrived in Honduras about 3,000 years ago from South America and settled in the territory at present occupied by the department of Colón and they gradually spread to other parts of the country. History tells us that, at the time of the Spanish conquest, the Pech were well organised socially, economically and politically, almost like the rest of the indigenous groups of Honduras such as the Tolupanes and the Tawahkas. 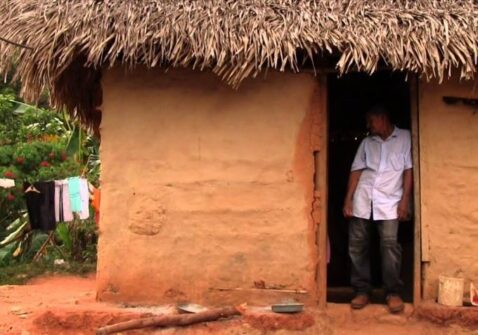 According to the accounts of the elders: “For four centuries, the Pech wandered in the jungles of Agalta, looking for hiding places to avoid being found by the colonisers and the Zambos who hunted them to sell them as slaves in the Antilles”.
The advantage of being a nomadic people and their strategy of ethnic-cultural survival allowed them to survive and keep intact their cosmogony, their social organisation, and their alimentary tradition.
Members of the Pech indigenous group of Honduras are also known as Payas, Poyers or Pahayas; nevertheless, these terms are not accepted by them as they mean ‘savage, uncivilised or barbarian’, words used by the Spaniards. They call themselves ‘Pech’ which in their own language means ‘people’ and, to refer to the rest of the population, they use the term Pech-akuá which means ‘the other people’ or Bulá which means ‘Ladino’.The Pech of Honduras, like the other indigenous groups of the country, despite having been culturised by the Spanish, have yet kept alive their traditions, culture, and language.
Their native Pech or Paya language belongs to the Macro-Chibcha linguistic family of some indigenous peoples of South America.  Only half of the remaining Pech still speak the Pech language. Some efforts have been made by the community leaders to revive the language, but it is said that there has been insufficient help provided by the government. 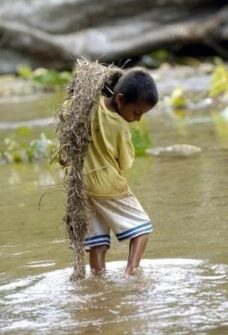 They are at present reduced to 11 territorial communities (8 in the department of Olancho, 2 in Gracias a Dios and 1 in Colón), plundered and threatened by greedy cattle ranchers, woodcutters and Mestizo landowners. They number about 5,200 people, many of whom experience great difficulty in obtaining the necessities of life since they no longer have rivers to fish in or forests where they can hunt, gather wild fruit, or find medicine.
They do not preserve their customs as they never developed them like sedentary peoples. Eternal wanderers, they have never built, and even now do not build impressive buildings. They have never cultivated orchards or fenced-off gardens because both plants and animals were always at hand in the rivers and in the mountains. To grasp and understand the spirituality of the Pech people, it is necessary to see it with nomadic mental and spiritual categories. From the sedentary viewpoint, they will always be seen as ‘lazy’, ‘beggars’ and indifferent to prosperity. In one of the local assemblies, Adrián Fiallos, president of the Pueblo Nuevo Subirana community stated: “They say we Pechs are lazy because we do not strip the mountains to raise cattle like the Ladinos but we do not cut down the forests because we are children of the mountains. We cannot live without the mountains”. 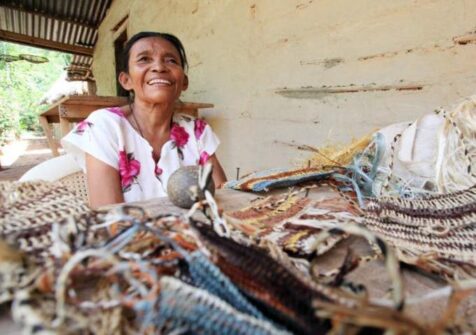 They grow cassava, maize, beans and bananas to survive. The extraction of liquidambar balm was one of their main sources of income until the Ladins invaded the forests. They are a nomadic people who are forced to live in small villages or hamlets invaded and attacked by the mirage of modernity. They have the Federation of the Pech Tribes of Honduras (FETRIPH) which unites them.
They assiduously attend church just as once they would go to their hierophantic places (natural places where transcendence is manifested), but they are neither Catholic nor Evangelicals. This is due not only to their freedom from dogmatism but “also because we are unable to explain how a God who is Father could allow the mountains to be taken from us and our rivers killed, all in the name of God“, comments Antonio from the Pueblo Nuevo Subirana community.

Liquidambar balm, a heritage of the Pech
The nomadic peoples did not need to domesticate plants or animals, but they discovered the medicinal and nutritional properties of the wild plants and animals.
The liquidambar is a tree that grows in the mountains of Central America between the altitudes of 700 and 1,400 metres, but there is no bibliographical documentation to show that any of the peoples of the region besides the Pech ever utilised the properties of this tree.
Colonial historians and anthropologists of the last century affirm that the Pech were extracting the aromatic balm of the liquidambar tree for ceremonial and medicinal purposes and bartered it among the Mesoamerican civilisations. In the Pech language, ejtamá signifies the liquidambar tree and ejtamatastá signifies the person who extracts the balm. As far as is known, no other native language of the region has a proper linguistic name for this precious tree, and still fewer use it either commercially or ritually. 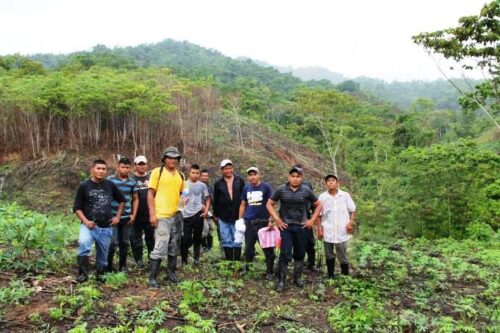 In the course of time, western civilisation recognised this aromatic contribution of the Pech people and, ever since then, part of the perfume industry depends upon the ejtamá, though the main ejtamá extractors and traders are Ladins who use ancestral Pech technology and knowledge to extract this balm from the wild tree.
The Pech people of Honduras still keep alive their uses and customs. Music is an important part of their culture, especially among the elders who jealously guard and hand to the children and the young their ancient songs in the Pech tongue.
The songs are accompanied by music played on some of their native instruments such as: the Tempuka (a sort of long drum), the Arwa (a sort of Quena) or the Camachá (similar to maracas).
The organisation of the Pech indigenous group is exercised mainly by the women who have a very important role in the economic, religious, social, and working life of the community and their homes.  The Pech women are also healers, shamans, tribal heads, priestesses, and counsellors. Within Pech society, the female figure is as important as the male but, after the conquest, the women lost much of their social values, even though they still have a role in the Tribal Councils.