The supranational institution has worked to prevent conflicts but has not achieved the expected results. The decisions taken by the assembly of heads of state rarely affect regional situations, also due to the inefficiency of the operational bodies and the lack of economic resources. The urgency of reforms.

The African Unity started in July 2002 in Durban, South Africa, came out in a very different political climate. Africa was experiencing a wave of democratization and was living its historic moment after the shock of the Rwandan genocide. The governments of some key states – first of all South Africa – were going through a moment of strong popular legitimacy and international support. Even Ghedaffi’s leadership seemed to represent a guarantee of stability and genuine Pan-Africanism (as well as ensuring an appropriate injection of petrodollars). 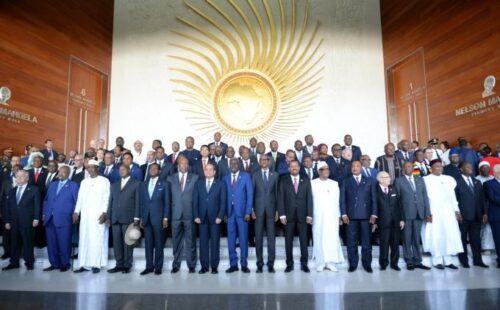 The model of the European Union – which was also at a good point during those years, between enlargement and the advent of the single currency – seemed successful.
The conversion from the ‘old’ Organization of African Unity – OAU (1963-2001) – the standard bearer of decolonization – to the ‘new’ AU, the advocate of pacification, prosperity and integration, was to represent the definitive liberation from the colonial yoke, the advent of a more assertive Africa capable of integrating itself advantageously into the networks of the world economy and politics.

Contradictions
In the two decades that followed, the project did not produce the desired results, either internally or in the international sphere. However, efforts to promote peace and prevent conflicts, including those related to coups, have been considerable. 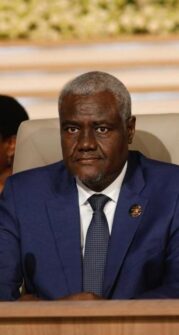 The AU Charter affirmed the principle of responsibility to protect and also envisaged – and sometimes implemented – sanctions against governments born from unconstitutional coups, proving to be more courageous than its reference model, the EU, whose weapons to be used against member states that violate the principles of democracy and the rule of law were notoriously cut back.
But even in this, the practice of the AU is not without contradictions. The fact is that the numerous declarations that the supreme body of the AU (the Assembly of Heads of State) adopts, rarely really affect the internal and regional status quo. One reason is the solid grip and influence some states and political leaders exert over their peers.
Ethiopia, Nigeria, South Africa, the African regional powers, hardly risk embarrassment in these summits and indeed have ample room to influence decisions and appointments.

Danger of immobility
But another reason is that the AU has given itself a big head that thinks and decides, the Assembly of heads of state; however, its other bodies, including those that should implement the strategic decisions of the summit, are plethoric, weak, and underfunded.
As for the Pan-African Parliament, in addition to being just a merely consultative body, it has proved inconclusive and contentious on several occasions. The inadequacy of the operational bodies, and the lack of economic, logistical or leadership resources, have led most of the time to immobility. In 2018, the then president of the organization, Paul Kagame had commissioned a group of experts to identify the shortcomings and lines of reform of the AU. The excessive power of the political bodies in the face of the weakness of the technical and independent bodies (principally the Commission) was in the first place among the distortions to be reformed, as well as the lack of its own financial resources.

Uncertain present
The idea of ​​providing the AU with its own budget (financed by a share of around 0.2% of the value of the extra-African imports of each state, for example) has been discreetly put aside.
Until a few years ago, more than half of the AU’s operating costs were borne by external donors (mainly the European Union). 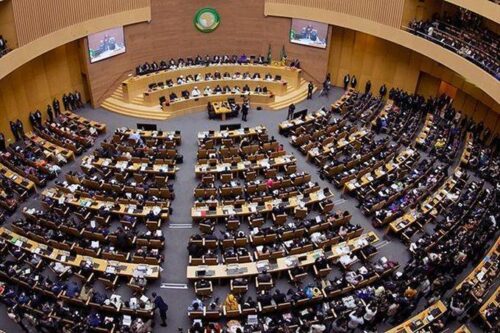 Today it seems that at least 70% of the Union budget is provided by the member states, but its monetary impact remains insufficient and prevents the initiation of adequate measures in the numerous sectors in which the AU intends to operate.
The AU undoubtedly has a great future. As with other international organizations – including the EU – its problem is the present. The problem being working through these years in which more or less credible actors compete for world or regional hegemony in ways that we thought were ‘consigned to history’. But to be up to the tasks that await it, it will have to set itself more ambitious goals and tighter deadlines. Otherwise, its lethargy will degrade into euthanasia.( Open Photo: 123rf.com)