The Indo-Pacific quadrant is now characterised by a significant military build-up in constant growth.
The protagonists are all the countries of the region, foremost among them the People’s Republic of China.

For some years now, the Indo-Pacific quadrant that once included the Western Pacific and the Indian Ocean has become a theatre of various geopolitical frictions. Essentially, it is possible to outline a scheme of this Great Game starting from two main factors: on the one hand, the ambition of the People’s Republic of China (PRC) to become the regional hegemonic leader, an obligatory step to complete the rise to superpower status; on the other hand, the containment activity of the United States and aligned countries aimed at moderating Beijing’s ambition. 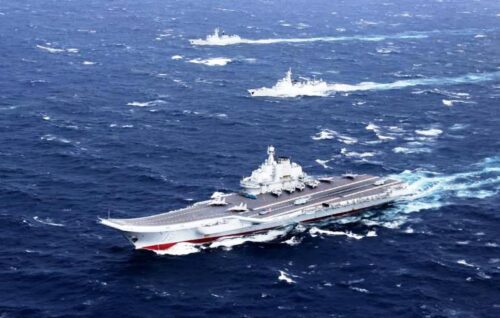 Manifestations of this are, for example, devices such as the Quad (made up of Australia, India, Japan, and the United States) and new matrix alliances such as AUKUS, signed last September between Washington, Canberra, and London. The situation described, whose current connotations are attributed by various observers to the clearly increased assertiveness of the People’s Republic, was accompanied by the spontaneous creation of a substantial strengthening of the military instruments of almost all the countries involved in the region and, therefore, of a significant increase in the intensity of exercise activities.

War Manoeuvres
In relation to the growing importance of air and naval exercises in the Indo-Pacific context, we may take for example the recent editions of Malabar 2021, the Maritime Partnership Exercise 2021, and the Bersama Gold 2021 which involved naval aeroplanes of Japan, Australia, New Zealand, India, Singapore, Malaysia, and the United States. 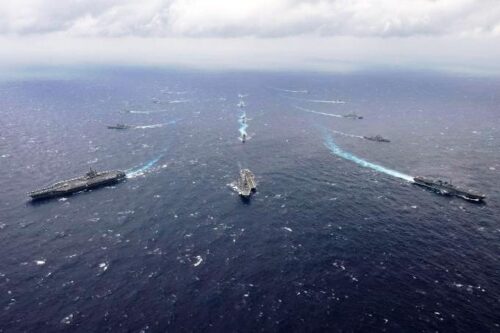 The multilateral Maritime Exercise Malabar along with the Japan Maritime Self Defence Force (JMSDF), Royal Australian Navy (RAN) and the United States Navy (USN).(Photo US Navy)

However, the number of exercises carried out by the PRC is also noteworthy. In the period between June and August of last year alone, the People’s Liberation Army held over one hundred exercises in the vicinity of ‘Chinese maritime areas of strategic relevance’, in addition to the Sino-Russian manoeuvre called Sea Interaction 2021, jointly conducted by the People’s Liberation Army Navy (PLAN) and naval units of the Russian Pacific Fleet.

Peking and its armaments
We are witnessing in the region a substantial military build-up, and it is particularly interesting to analyse its anatomy. Specifically, the armament work carried out by Beijing, which is currently equipping itself with by far the most powerful military instrument in the entire region, with particular regard to the aero-naval sector, is impressive. The Chinese Armed Forces have implemented an A2/AD infrastructure that integrates a multiplicity of assets belonging to distinct domains. 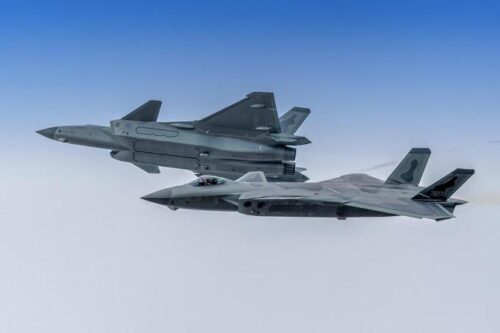 The most feared and integrated weapon systems in this defensive network certainly include the ASBM (Anti-Ship Ballistic Missile) DF-21D and DF-26B, as well as the supersonic anti-ship missiles belonging to the YJ-12 and YJ- 18 families and the UAV and UCAV aircraft type JG-11, CH-6, WZ-8 and WZ-7, designed not only from a reconnaissance perspective but, with the exception of the WZ-8 and WZ-7, also capable of using guided missiles. In 2020, a total of 66 submarines were certified in active service, most of which are non-nuclear, together with the more modern classes of PLAN boats such as the Yuan (Type 039) and the Shang (Type 093), the latter being nuclear-propelled. The China Naval Modernization: Implications for U.S. Navy Capabilities report, issued by the Congressional Research Service, reveals that, although the growth of the Chinese submarine component is still substantially reduced, further implementation of suitable production facilities could strengthen China’s ability to build advanced submarine platforms.
This trend seems to be confirmed by the expansion of the Bohai shipyard, from where partial images of a new atomic boat were recovered in February 2021. 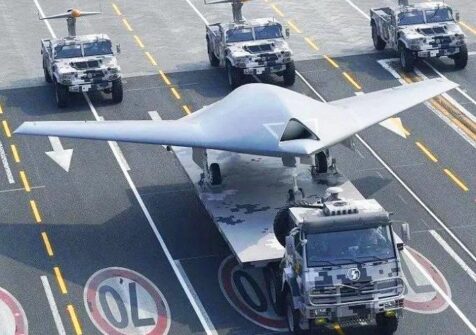 While it is not yet clear which unit it is, it is plausible that the documentation collected refers to Type-095 or Type-096. In summary, given the emphasis placed by the PRC on enhancing its naval capabilities, the US ONI (Office of Naval Intelligence) estimates that the overall Chinese submarine force will increase from the current 66 boats to 76 by 2030. It must also be emphasised how the strengthening of the surface naval capabilities of the People’s Republic has also been increasing. A clear example of this is the current outfitting of the new Type-003 aircraft carrier, currently being completed at the Jianhan shipyard in Shanghai. The vessel in question, similar in size to a US aircraft carrier, would guarantee PLAN the acquisition of projective capabilities of undoubted scope and certainly greater than those currently exhibited. Among the various surface units of modern conception currently under the PLAN are the DDG (guided-missile destroyer) Type 052, the FFG (guided-missile frigate) Type 054A, the corvette Type 056 and the LHD (Landing Helicopter Dock) Type 075. However, the most impressive vessels are certainly those of the Renhai class. Heavily armed and with a displacement of between 12,000 and 13,000 tons, these units give the PRC the ability to deploy a class of vessels comparable – if not superior – to the US Arleigh Burke
and Ticonderoga.

Canberra and Tokyo
The People’s Republic of China views the possession of an advanced military tool as an essential support to its geopolitical ambitions. Hence, it is easy to understand why Beijing is making considerable efforts to strengthen its Armed Forces, with emphatic stress on the Navy. It is clear that Chinese assertiveness on the one hand and the strengthening of its military apparatus on the other, lead most of the countries of the Indo-Pacific quadrant to perceive the People’s Republic as a demanding challenge in terms of their national security. The rearmament of Japan, represented above all by the combination of the F-35 and the Izumo class, which will endow the country with a renewed and formidable aeronaval capacity, and the ever-increasing importance of Quad and AUKUS, is perfectly framed in a perspective of strategic competition perspective with the People’s Republic. 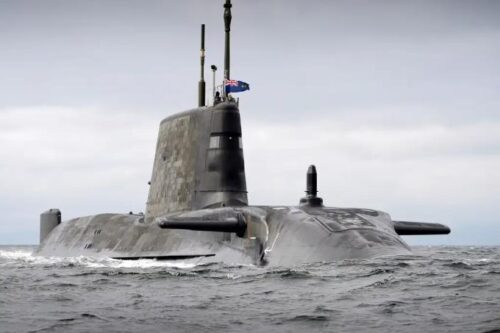 It is clear that with the desire to equip itself with nuclear-powered submarines – a possibility that, at best, will not materialize for several years – Australia considers the strengthening of its naval capabilities to be inevitable. Nonetheless, technology sharing between Australia, the United States and Great Britain is not limited to nuclear technologies. In fact, it also extends to technologies relating to the cyber domain, artificial intelligence and hypersonic weapon systems. In short, if it is true that Beijing is motivated by a rational desire to defend its strategic interests, protect its national security and, in the case of Taiwan, reintegrate into the motherland what is regarded as a rebel province, it is equally true that, in the eyes of various analysts, the posture adopted by the People’s Republic appears increasingly aggressive and, therefore, a source of potential danger for neighbouring countries. As evidence of this, just consider the daily Chinese forays into Taiwan’s ADIZ (Air Defence Identification Zone). (Open Photo: Chinese warships pictured at the end of joint exercise with the Russian navy. Xinhua)