In the autumn of 2020, the conflict between Armenia and Azerbaijan again broke out violently causing the deaths of 2,425 Armenians and 2,783 Azeris.

The truce, signed on 9 November through the mediation of Russia and after 44 days of intense fighting, stipulated the transfer of all seven districts occupied by Armenia adjacent to Karabakh to Azerbaijan, the division of Karabakh into two parts controlled respectively by Armenia and Azerbaijan, the right of return of the internally displaced people and the refugees of the nineties to the region to which they belonged, the opening of a corridor from Azerbaijan to its autonomous republic of Nakhchivan, and, on the border with Turkey, the link between Karabakh and Armenia by means of the Lachin corridor. This new conflict, unlike that which occurred during the nineties of the last century, produced a marked imbalance of power between the two contenders. This was mainly due to the differences in the development of the two countries in recent years, the result of the large income from petroleum that allowed Azerbaijan to invest also in armaments, modifying to a high degree the existing balance of power and, consequently, strategic aims as well. 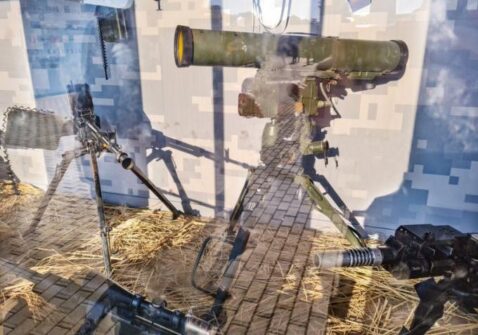 From 1995 to 2018, Azeri military spending increased from 70 million dollars to as much as 1.7 billion; unlike Armenia which, from 50 million dollars in ’95, reached 610 million dollars in 2018. This allowed Azerbaijan to purchase and deploy high-tech armaments such as pilotless drones, from various suppliers: Russia, Turkey and Israel; Armenia remained tied exclusively to mostly second-hand Russian arms. Consequently, while in the past, Azerbaijan followed the principle of the integrity of its borders, its future aims could turn out to be different and directed towards its territorial unification with its former enclave of Nahchıvan, located in Armenia, through the conquest of the strip of Armenian territory that separates them. All this presupposes a high-risk strategy not limited solely to the Lachin corridor but also bringing into question the whole of Armenia.
Nagorno Karabakh, at this juncture, would be transformed into the first and last line of defence and therefore an outpost from where the enemy could launch an attack on the heart of the Armenian national area, as actually happened between September and November 2020. Therefore, for Armenia, the defence of Nagorno Karabakh is tantamount to the defence of its independence and even its existence. 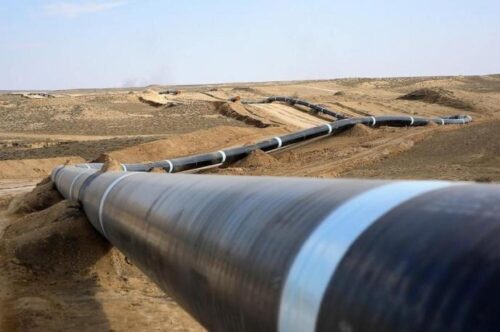 The Baku-Tbilisi-Erzurum pipeline (South Caucasus gas pipeline) accounted for 49.5 percent of the total volume of gas pumped through the main gas pipelines.

The new outbreak of the conflict is not to be seen solely in the context of a change in power between the two countries but also against the background of a new equilibrium determined by the great actors present in the area and in particular the approach of Azerbaijan to the Turkish-USA sphere of influence. As far as Turkey is concerned, the change of position was due to the strong cultural and ethnic ties that exist between Turks and Azeris that found expression in building new infrastructure together and in the training of Azeri troops by Ankara; at the same time, the USA incentivised the construction of energy installations, especially the Baku-Tbilisi-Ceyhan (Btc) pipeline and the Baku-Tbilisi-Erzurum (Bte) gas pipeline, allowing Baku to diversify its export ending its dependence upon Moscow. 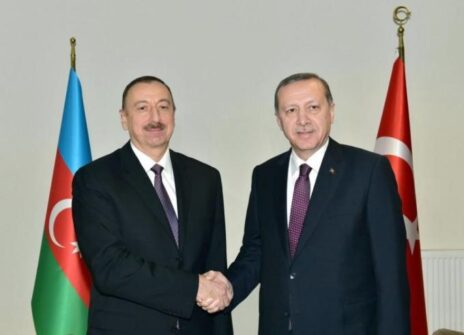 What must also be noted is the Turkish activism in recent years in the different areas of influence often against Russian interests. The heavy defeat suffered by Armenia is to be attributed, apart from its economic weakness, to a certain deterioration in relations with Russia due to the presence at the time of Presidente Nikol Pashinyan – seen as pro-USA – who, in order to maintain a degree of equilibrium regarding political and economic relations with Azerbaijan, preferred to delay before acting effectively to have the parties sign the ceasefire agreement. The timing chosen by Moscow has allowed Baku to take advantage of the conflict but prevented it from breaking through the last Armenian line of defence which would have enabled it to realise completely its strategic objectives; instead, it weakened the Armenian President Nikol Pashinyan, sending a strong message also in that field and legitimised the Azeri conquests by showing no hostility to the country to which it remains tied by strong economic and even geostrategic interests. We must not forget that Azerbaijan is the only country in the area which has not asked to join NATO. However, Turkey emerged all the stronger, showing its ability to influence developments also in this area.