About 700 Ethiopian refugees survive thanks to the work of an Orthodox priest of the Debre Libanos monastery. The initiative of Abba Kefyalew stands out considering the limited commitment of his Church to the less fortunate.

The Great Rift Valley is a canyon of almost 5,000 kilometres that splits the Horn of Africa into two from north to south. The 13th century Debre Libanos Orthodox monastery stands in this canyon at about 100 kilometres north of the capital of Ethiopia, Addis Ababa. According to some Orthodox narrations, Abbot Libans lived and prayed in a cave near the monastery for seven years. Thousands of Ethiopians come to this place every year because they believe that if they bathe in the waterfall next to the temple, the abbot will remove the demon from their body. 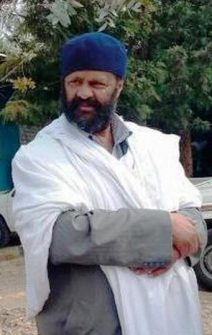 The devotion to the abbot is so deeply felt in Ethiopia that hundreds of elderly people, among the thousands of pilgrims who visit the monastery and the cave every month, decided to stay and to live in the surroundings of the monastery for the rest of their life. They set up makeshift camps around the bars that protect the sanctuary. It is as if they have become the guardians of the great secret of the place.
About 20 years ago, a young businessman arrived in Debre Libanos, from the city of Harar and he was affected by diabetes problems. The water from the waterfall made the miracle and healed the  businessman who decided to become an abba, which is the name given to Orthodox priests in Ethiopia. His first destination as a priest was  Addis Ababa, but as soon as he could, after a year, he returned to the place that changed his life, not only because his body was healed, but most of all because he understood the real sense of life in that place. Therefore he decided to  do something for the hundreds of people, mostly elderly, who camped around the monastery with no other sustenance than the alms of the pilgrims who arrived there. The Orthodox Church does not stand out for its social work programs, but Abba Kefyalew decided to do something. 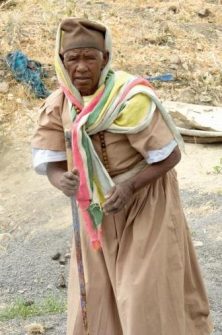 He built some rudimentary shacks furnished with some bunk beds. Over time, little by little, the makeshift camp around Debre Libanos was expanded and its dimensions are currently equal to about two football fields. People from the most marginalized social categories are hosted in the camp near the monastery, such as abandoned children and women, the sick, dying and elderly, people affected by serious mental problems and all those human beings in Ethiopia that are left to their tragic fate. The first thing that strikes when arriving at the refugee shelter is the frenetic activity of the abba’s followers. The place looks like an urban project: ground floor constructions on each side of the area, piles of bricks all around for the numerous works that are underway. There is also a large multipurpose open patio. All the people do something, some peel dry red peppers, while some women wash clothes in a corner and smiling children play on a rusty slide. 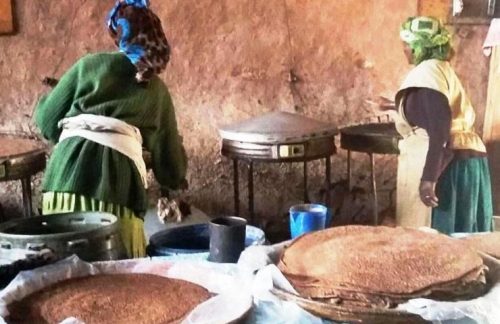 People working in the kitchen prepare hundreds of food rations every day. By midmorning, the stoves are at full capacity. Women often prepare the Ethiopian main staple food: the injera, a bread cake made with fermented tef flour. Everyday at noon, about 50 people, mostly elderly and  women, arrive. “They are pilgrims who have just purified themselves in the water of the spring and have prayed in the temple”, one of the guardians of the entrance tells us.

The people hosted at the refugee house are offered a lunch generally consisting of injera and chicken pieces. Pilgrims arriving at the place often bring the food for the refugees. There is a friendly atmosphere all around. Then the 53 year old abba arrives surrounded by a halo of mysticism which is characteristic of his religious role. He greets everyone who has come close to kiss his hand and the wooden cross he holds. 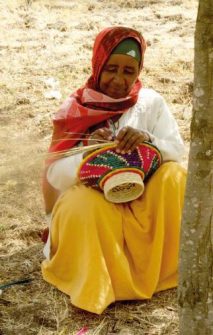 According to tradition, Abbot Lebanon was the first monk of the Ethiopian Orthodox Church.
The legend says that when he touched rocks with his cane water would gush out from them.
Abba Kefyalew is a pragmatic Orthodox priest because every day he sees the face of hunger and that of human tragedy.
He does not use a cane, but anyone who looks at his eyes immediately understands that in this country of the descendants of the Queen of Sheba, it takes much more than miracles to redeem human beings from misery.