A country of striking and changing landscapes, extremes of climate and environment, in tourism, Mongolia has an important source of income which threatens and simultaneously assists the permanence of traditions and ways of living that are threatened anyway.

The first threat is that of the population gradually becoming sedentary. Among these are many ethnic groups, one of which is the Kazakh with 114,000 members. The others are of Mongolian stock. Most of the Kazakh and Turkophone groups are Moslems (3 per cent in all), while 53 per cent of the population, according to the most recent census (2015), follow the Lama Buddhist faith. Animists and Christians make up 2.9 per cent and 2.1 per cent are Mongols, with 38.6 per cent who
do not profess any religion. 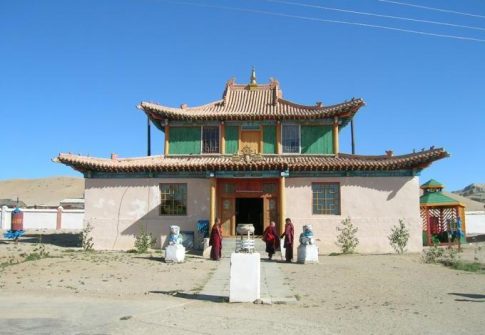 Animism and Buddhism of the Lama form are the dominant religions today in Mongolia, where there are small numbers of Moslems and Christians. Nevertheless, evangelisation in the country has roots going back to the VI century. Christianity even dominated from the XII century also due to the missionary and diplomatic activities of high-quality ecclesiastics such as Guglielmo di Robruk and Giovanni da Montecorvino who were able to cooperate with the various Mongol khans, also with an anti-Moslem aim. The subjection of Mongolia to the Chinese Ming Empire led to the gradual marginalisation of local Christianity and finally to the substantial elimination of Christianity to the benefit of Buddhism at the end of the XIV century. 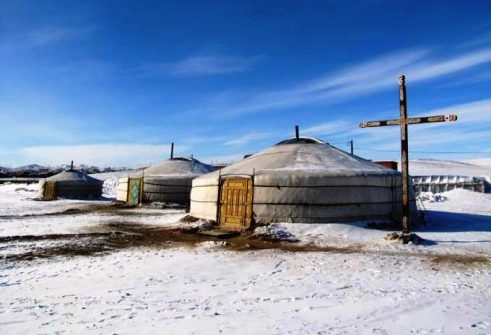 In the nineteen twenties, Sovietisation made the profession of all religion illegal. This situation changed radically in recent times when, 28 years ago, the new constitution granted freedom of religion. Contemporaneously with the establishment of diplomatic relations with the Holy See, in 1992, three Scheut missionaries (one of whom was Father Wenceslao Padilla who would become the first bishop in 2003) arrived in the new missio sui iuris, initially at the service of communities of foreigners. An Apostolic Prefecture since 2002, the Mongol Catholic community has a cathedral church in Ulaanbaatar and a further five parishes that serve a total of about one thousand baptised people. A considerable amount of help comes from around seventy missionaries of various institutes and congregations, including 45 Sisters as well as a number of lay volunteers. 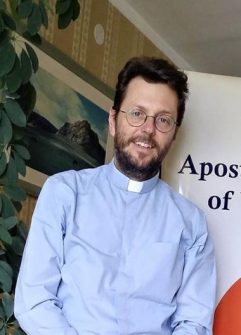 In this religious context, there are some Italian Catholic missions that are working in relative tranquillity, and provide a valuable presence, such as that of the Consolata in the central province of Arvaikheer. There is also the Institute of the Daughters of Mary Auxiliatrix who run a school they built to assist education in the more economically challenged provinces.
It was one of the Consolata missionaries working in Arvaikheer, Father Giorgio Marengo, who, last April, was placed in charge of the Apostolic Prefecture of Ulaanbaatar, with jurisdiction over the whole of Mongolia. The 45-year-old missionary, originally from Cuneo, Italy, has been in the country since 2003 and, as the first European to head the Local Church, succeeded Mons. Wenceslao Padilla, a Filipino and Scheut missionary who died in September the year before last.
His is a determining presence for the rebirth of the Mongolian Church through a missionary presence.